Accessibility links
Wildlife Activists Plan Lawsuits To Protect Yellowstone Grizzlies : The Two-Way The Northern Cheyenne Tribe and The Humane Society are among the organizations that will sue the U.S. Fish and Wildlife Service to keep the iconic carnivore on the endangered species list. 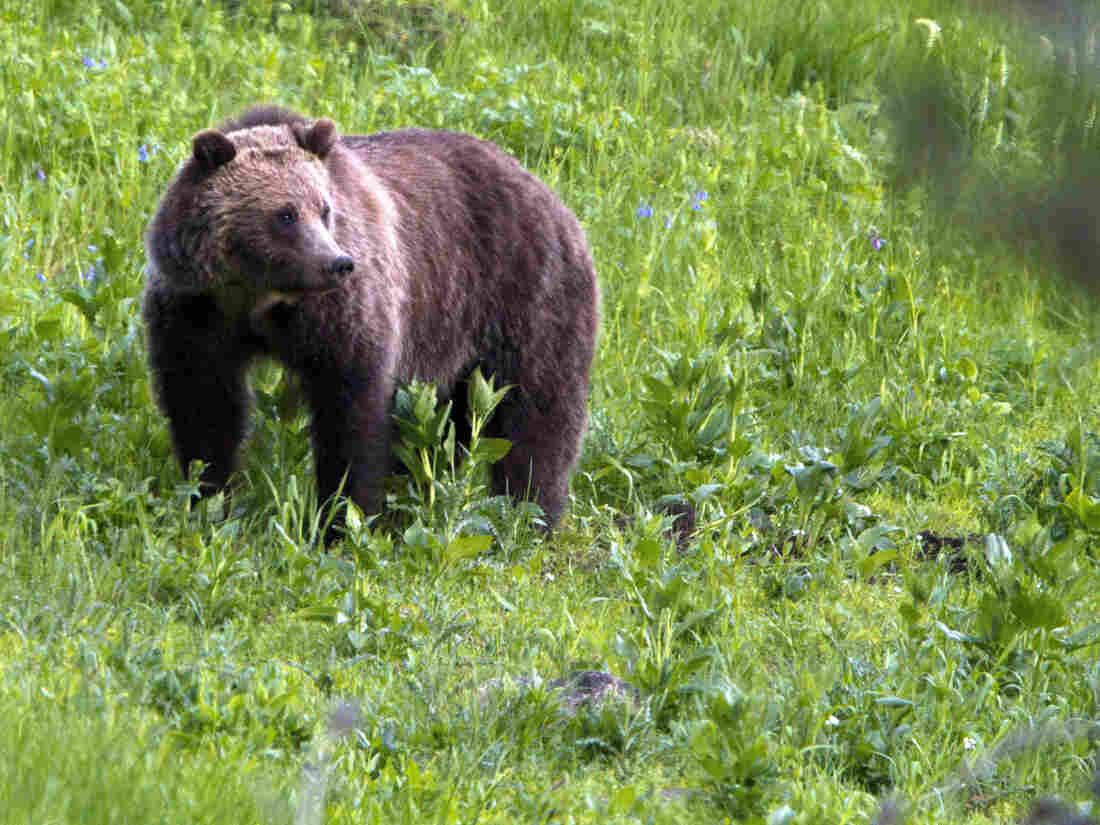 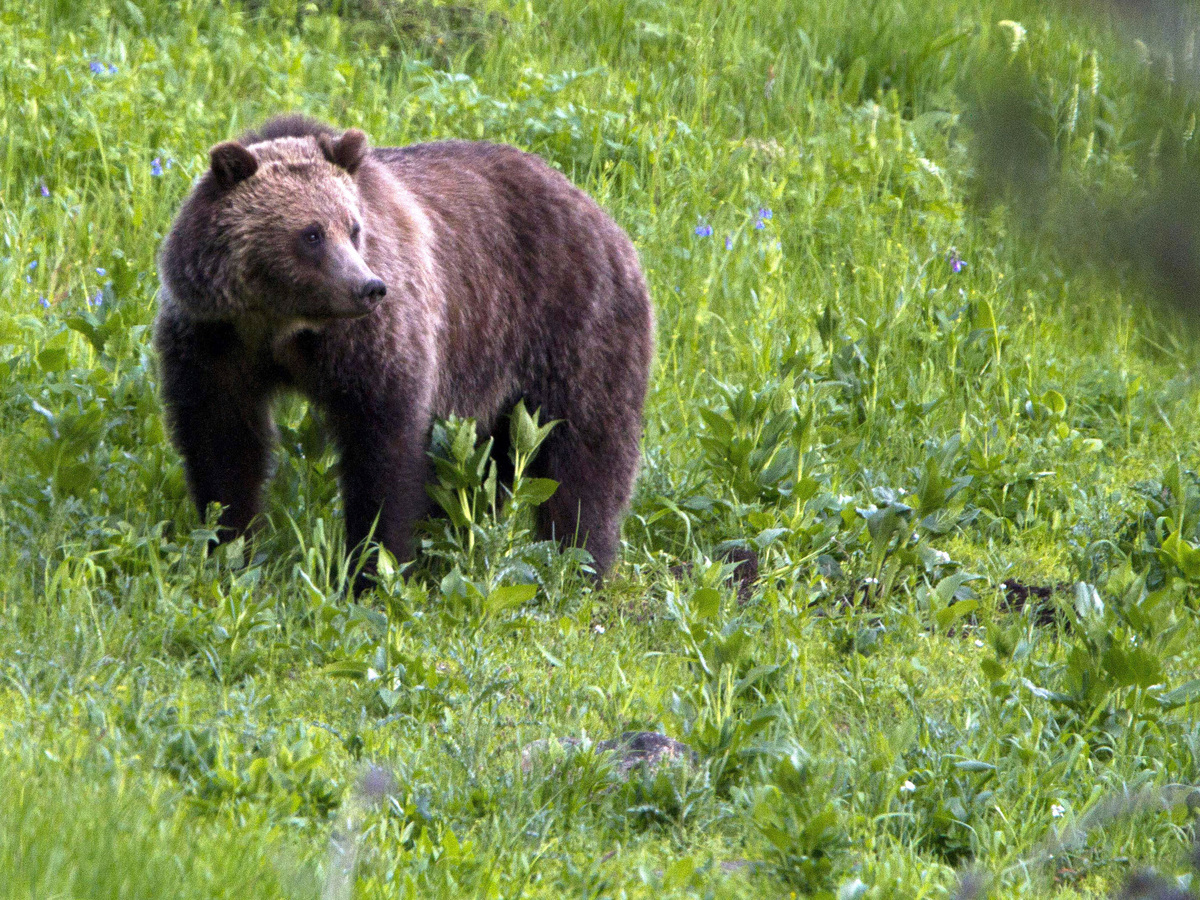 A grizzly bear roams near Beaver Lake in Yellowstone National Park, Wyo., in 2011.

Updated at 4:02 p.m. ET on Aug. 30: The Northern Cheyenne tribe, Sierra Club, Center for Biological Diversity and National Parks Conservation Association have filed their lawsuit against the secretary of the interior and the U.S. Fish and Wildlife Service, among others. Read their full complaint here.

Advocates for Yellowstone National Park's grizzly bears filed notice Friday that they're prepared to sue to reverse the bears' recent removal from the endangered species list.

Grizzlies have been protected under the Endangered Species Act since 1975, when only 136 of them lived in the Yellowstone region, The Associated Press reports.

The U.S. Department of the Interior announced last week that the park's population of about 700 of the iconic carnivores would no longer receive federal protections.

AP says the Northern Cheyenne Tribe, Center for Biological Diversity, The Humane Society of the United States and WildEarth Guardians are among the groups that have filed a 60-day notice of intent to block the move by suing the U.S. Fish and Wildlife Service. That step is required under the Endangered Species Act and is intended to give the agency a chance to address the groups' concerns before they file a lawsuit.

WildEarth Guardians said in a statement the delisting decision "prematurely removes vital federal safeguards from one of the nation's most cherished species ... handing over the bears' fate to Wyoming, Montana, and Idaho—each of which plans to permit grizzly trophy hunting."

In a statement issued Thursday, Andrea Santarsiere, an attorney for the Center for Biological Diversity, said, "This irresponsible decision ignores both science and the majority of Americans who want our wild animals protected."

Wayne Pacelle, the president and CEO of The Humane Society wrote in a blog post Friday that "the delisting rule ignores the ongoing existential threat posed to these bears by habitat loss, disappearance of staple foods like whitebark pine and cutthroat trout, and continuing challenges associated with human-wildlife conflict."

The debate over the grizzlies' fate has been long debated, The New York Times reports, "despite the bear's increasing population in areas where it had not been seen in decades." The paper says, "The Fish and Wildlife Service tried to delist the bear in 2007 but was ordered by federal court decisions to reconsider because of a decline in white bark pine, an important bear food source decimated by insects as the region's temperatures have risen."

Pro-hunting groups have advocated for the delisting, which effectively allows hunting of the bear. Sportsmen's Alliance President and CEO Evan Heusinkveld called the move to remove the endangered species act protections "one of the greatest conservation stories in North America."

"The Greater Yellowstone Ecosystem population of grizzly bears has surpassed recovery goals in both population benchmarks and duration of time meeting those goals, proving that the population is not just recovered, but stable and growing.

"Moreover, more than 100 grizzly bears have been killed for depredation of livestock or attacks on humans in the last two years – a significant number indicative of the population having reached social tolerance levels within the available habitat."