Accessibility links
Organizer Of Failed Fyre Festival Arrested For Fraud : The Two-Way Billy McFarland has been accused of bilking at least two people who invested $1.2 million in the festival. 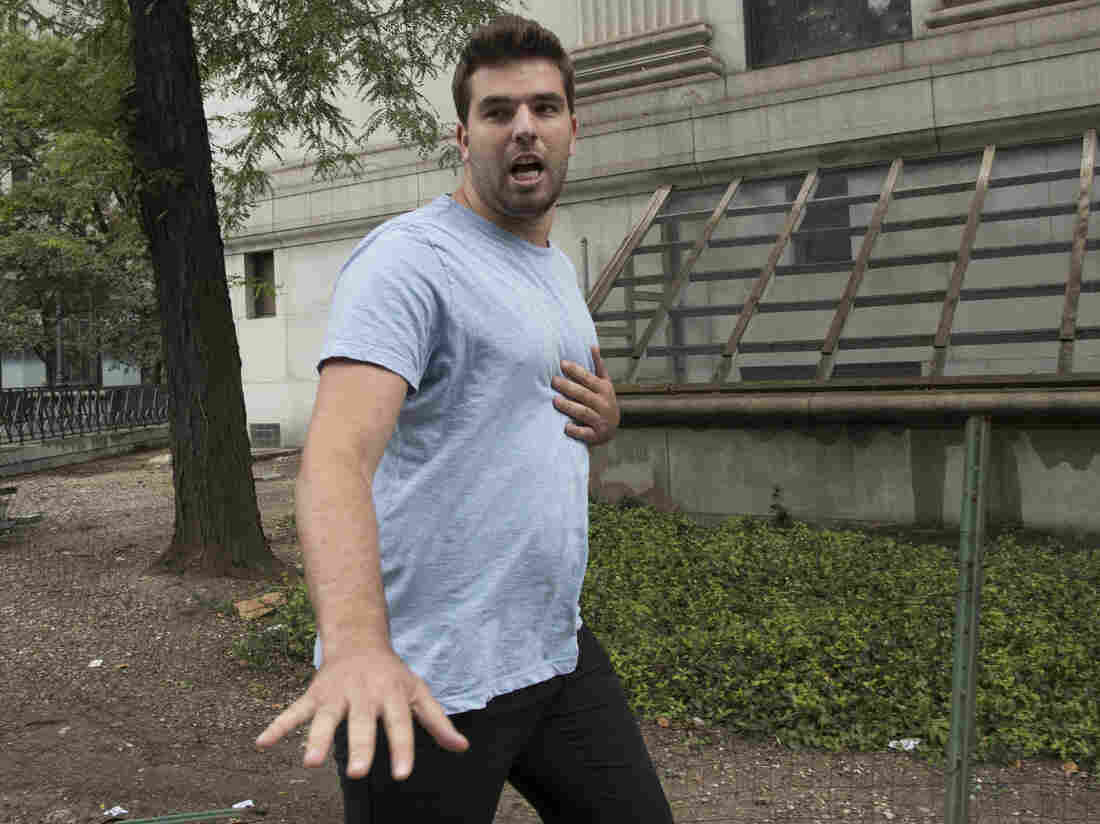 Billy McFarland leaves federal court after his arraignment in New York on Saturday. McFarland is charged with scheming to defraud investors in his company, Fyre Media. Mary Altaffer/AP hide caption 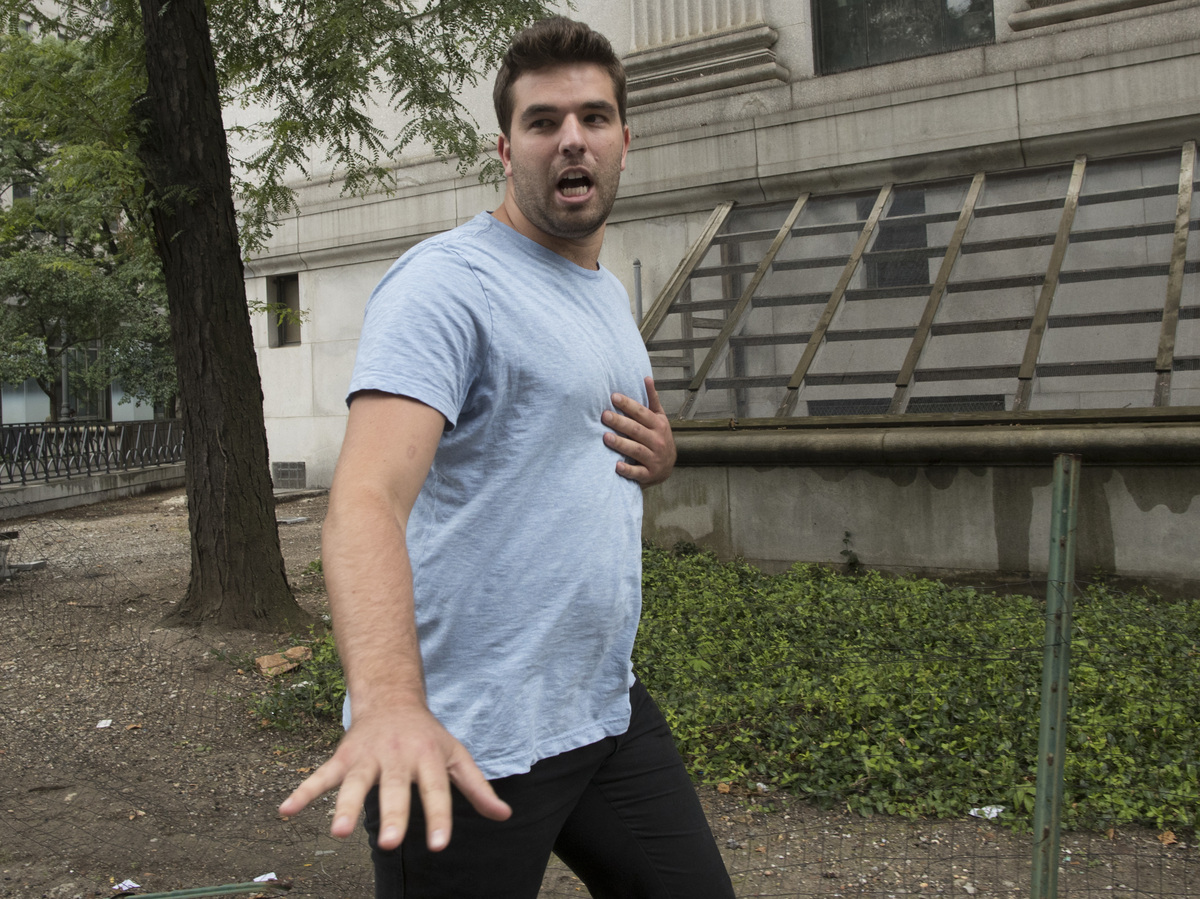 Billy McFarland leaves federal court after his arraignment in New York on Saturday. McFarland is charged with scheming to defraud investors in his company, Fyre Media.

The man who was the main organizer of the failed Fyre Festival in the Bahamas earlier this year has been arrested by authorities and charged with wire fraud for allegedly bilking investors in his company, Fyre Media, which promoted the event.

Billy McFarland was arrested by federal agents at his Manhattan home on Friday.

"A criminal complaint unsealed on Friday detailed the case, which relies heavily on misrepresentations of financial information to people who invested in Fyre Media — whose main business was a website that let people book celebrities for special events — and a subsidiary, Fyre Festival LLC.

"According to the complaint, sworn to by Brandon Racz, a special agent with the F.B.I., at least two people invested about $1.2 million in the two companies, and in communications with these investors in 2016 and 2017, Mr. McFarland repeatedly overstated Fyre Media's revenue from bookings and his own wealth."

In a statement released by the U.S. Attorney's Office for the Southern District of New York, Acting Manhattan U.S. Attorney Joon Kim said: "As alleged, William McFarland promised a 'life changing' music festival but in actuality delivered a disaster. McFarland allegedly presented fake documents to induce investors to put over a million dollars into his company and the fiasco called the Fyre Festival. Thanks to the investigative efforts of the FBI, McFarland will now have to answer for his crimes."

NPR's Laurel Wamsley wrote in April: "In a promo video posted in January full of frolicking models, the Fyre Festival promised (in seemingly random order) 'the best in food, art, music and adventure / once owned by Pablo Escobar / on the boundaries of the impossible / Fyre is an experience and festival / A quest / to push beyond those boundaries.'"

Soon after, the festival co-organizers, McFarland and rapper Ja Rule, were hit with a $100 million suit filed by a disgruntled festival-goer.