Accessibility links
Natural Disasters May Widen Income Gap, Report Says : The Two-Way Scientific American concludes that disasters correlate to a 1-percentage-point increase in poverty in the affected areas. It also finds that the rich leave disaster-prone areas but the poor can't. 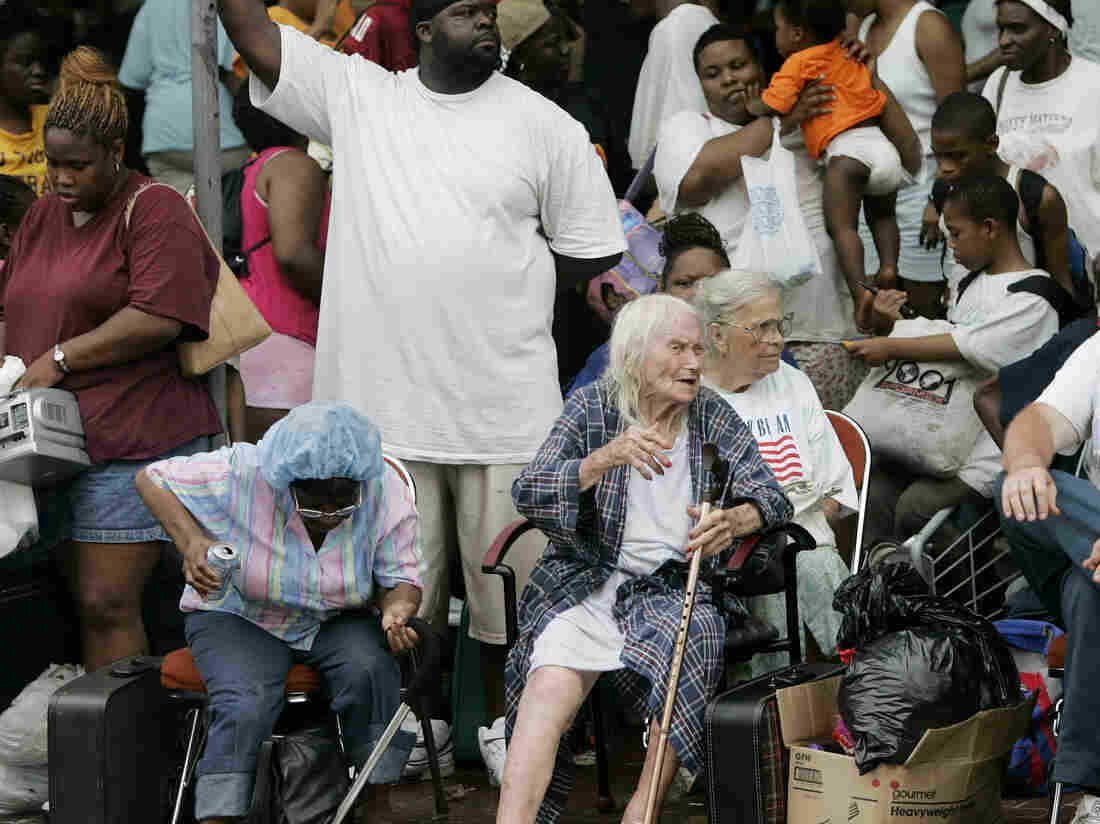 Hurricane Katrina victims wait at the Convention Center in New Orleans, in September 2005. A report from Scientific American says such natural disasters may increase the gap between rich and poor in affected communities. Eric Gray/AP hide caption 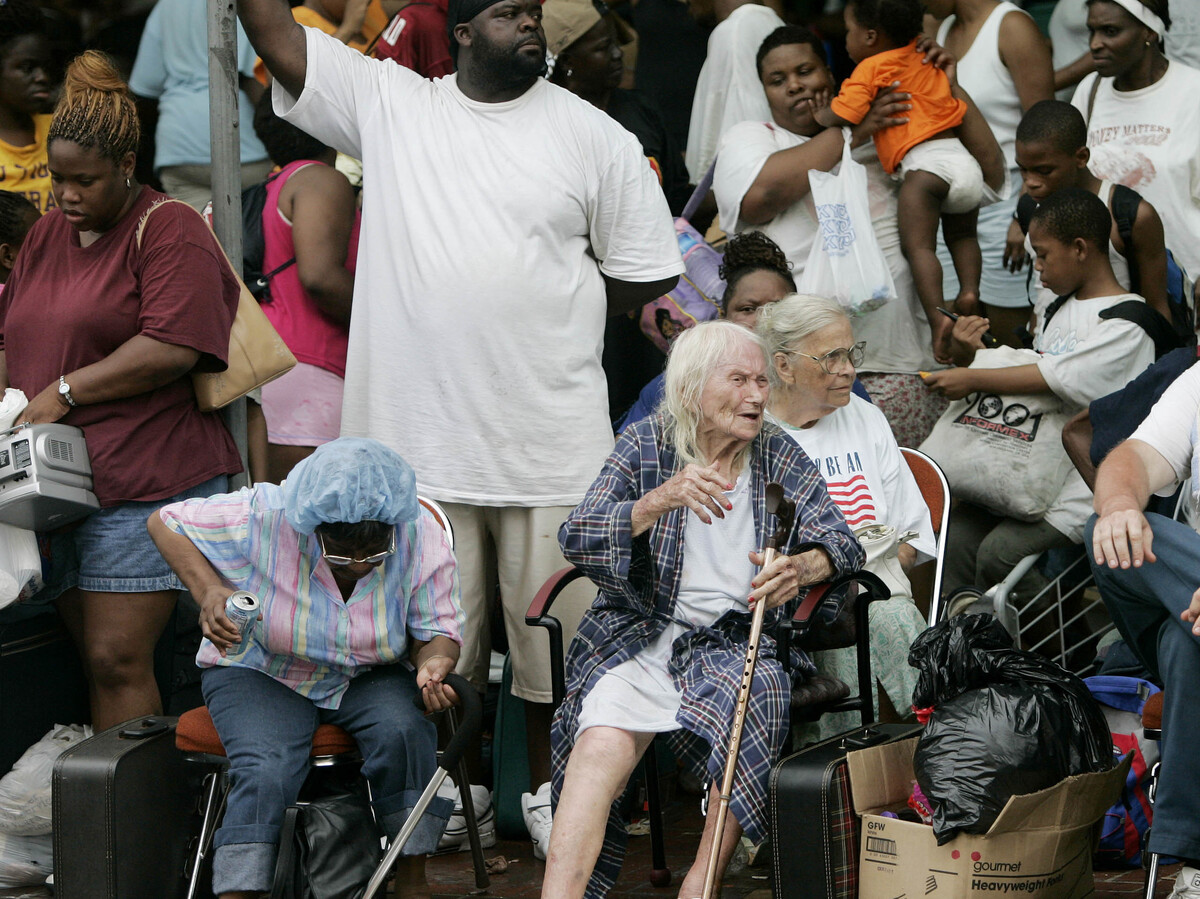 Hurricane Katrina victims wait at the Convention Center in New Orleans, in September 2005. A report from Scientific American says such natural disasters may increase the gap between rich and poor in affected communities.

Natural disasters in the United States may cause an increase in poverty and a widening economic gap between rich and poor, according to a new study published in Scientific American.

The magazine looks at events in the United States from 1920 to 2010 and finds that major natural disasters such as earthquakes, floods and hurricanes resulted on average in a 1-percentage-point increase in poverty in affected areas.

The trend also shows that wealthier residents with the resources to move away from the disasters do so, while they leave behind "a population that is disproportionately poor," the magazine writes.

"We contrasted decades with high disaster activity to decades of comparable calm, thus making it unlikely that we are simply observing areas with higher poverty rates," Scientific American writes.

The magazine notes that the creation of the Federal Emergency Management Agency in 1978 appears to have little or no effect on the trend:

"[We] found that, if anything, residents were more likely to migrate out of counties struck by natural disasters after FEMA was created. This pattern is consistent with recent research documenting that the federal funds that flow to victims of disasters come mainly in the form of non-place-based programs like unemployment insurance and food stamps. It appears that many people in disaster-affected areas take the money and move to another county."

Scientific American writes that even as technology and early-warning systems reduce the impact of some disasters, with the "wild card" of climate change, "Basic climate science suggests that, as global greenhouse gas emissions increase, so too will the quantity and severity of natural disasters."