Accessibility links
All New Volvo Models Will Be Electric Or Hybrid Starting In 2019 : The Two-Way Volvo is the first traditional automaker to set a date to phase out cars powered only by internal combustion engines. Volvo's CEO called Tesla "a tough competitor" in the premium electric market. 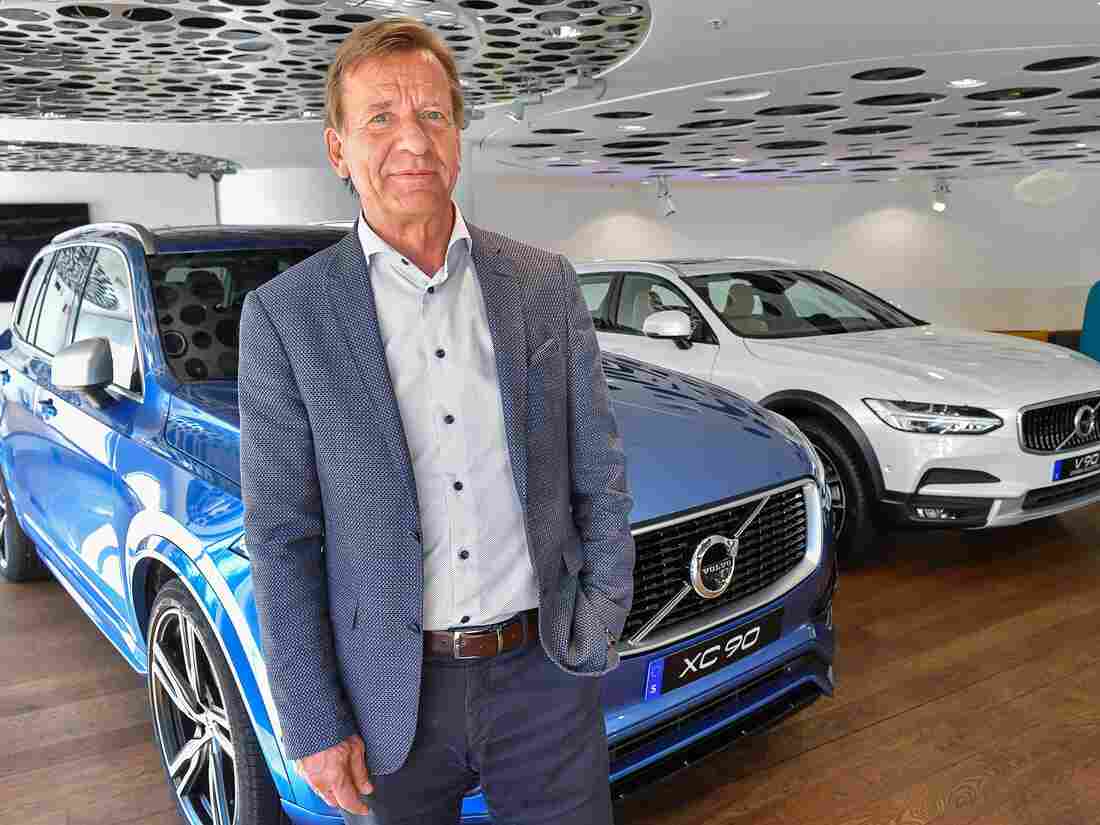 Volvo CEO Hakan Samuelsson announced that all Volvo cars will be electric or hybrid within two years. Above, Samuelsson at Volvo Cars Showroom in Stockholm on Wednesday. Jonas Ekstromer/AFP/Getty Images hide caption 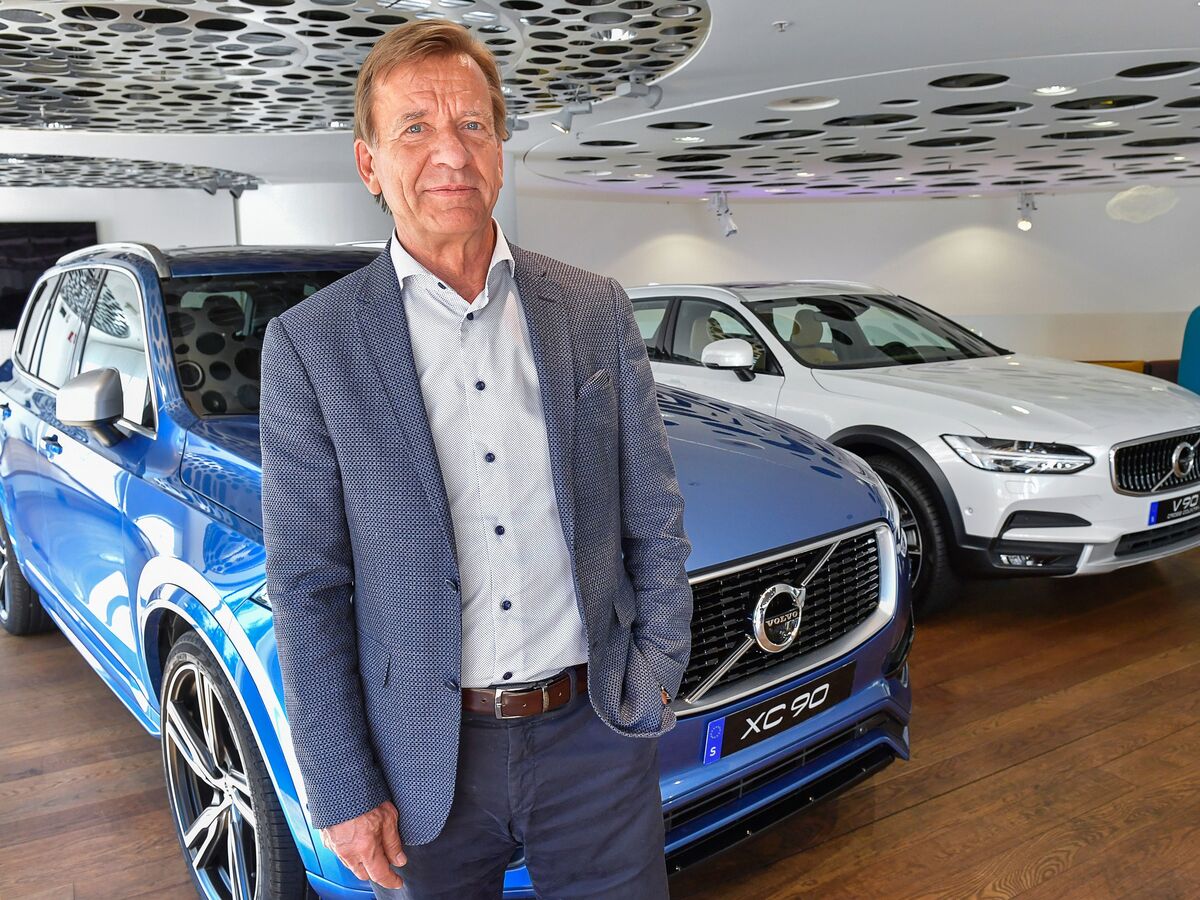 Volvo CEO Hakan Samuelsson announced that all Volvo cars will be electric or hybrid within two years. Above, Samuelsson at Volvo Cars Showroom in Stockholm on Wednesday.

Volvo has announced that starting in 2019, all of the new models it produces will be electric or hybrid.

"This announcement marks the end of the solely combustion engine-powered car," said Hakan Samuelsson, Volvo president and chief executive, in a statement. "Volvo Cars has stated that it plans to have sold a total of 1 million electrified cars by 2025. When we said it we meant it. This is how we are going to do it."

The move makes Volvo the first traditional automaker to set a date to phase out cars powered only by internal combustion engines, Reuters reports.

The company said it will launch five fully electric cars between 2019 and 2021. Three of these will be Volvos, and two will be sold under the company's Polestar "electrified performance brand."

We are committed to electrification, so from 2019 all new Volvo car models will include an electric motor. #VolvoCarsEVs pic.twitter.com/FWGVKyAdgo

"This is about the customer," Samuelsson's statement said. "People increasingly demand electrified cars and we want to respond to our customers' current and future needs."

While all of its new car lines will be "electrified" starting in 2019, for a few years Volvo will continue production of existing models that don't have electric motors.

In addition to meeting customer demand, the move to electric will help the company reduce its carbon footprint and improve air quality, Samuelsson said.

Volvo's announcement comes the same week that Tesla rolls out its Model 3 electric car, which at $35,000 costs roughly half the starting price of its other sedan, the Model S.

In a press conference in Stockholm on Wednesday, Samuelsson called Tesla "a tough competitor," and said that with this decision, "we are really becoming the second premium carmaker in the world which will be ... also electrified."

Last week BMW announced it would introduce an all-electric version of its 3-Series line of cars, in what could be an attempt to compete with Tesla's Model 3.

Ford sold Volvo to the Chinese car company Geely for $1.8 billion in 2010. Volvo, founded in 1927, said that production of its new electric cars would be worldwide, beginning in China and followed by Europe and its new factory in the United States. The company said it had not yet chosen a battery supplier, and urged more development and competition in the battery industry.

With Growing Investments, China's Influence In Autos Is Expanding

Electric cars and hybrids still make up a small portion of new cars bought, but at the high end where Tesla and Volvo operate, such cars have been making inroads, Reuters reports. Many in the industry expect a broader range of buyers to increasingly choose electric cars, the news service reports.

Samuelsson emphasized that Volvo would be selling in the premium market. China leads the world in electric car sales, the Financial Times reports, with 265,000 sold there last year. Samuelsson noted that while China makes up a large part of the market, many of the electric cars sold there are lower-priced models.