Accessibility links
Aztec 'Tower Of Skulls' Reveals Women, Children Were Sacrificed : The Two-Way Some 650 skulls unearthed in Mexico City are believed to be the legendary Huey Tzompantli, a site for victims of human sacrifice first mentioned by Spanish conquistadors. 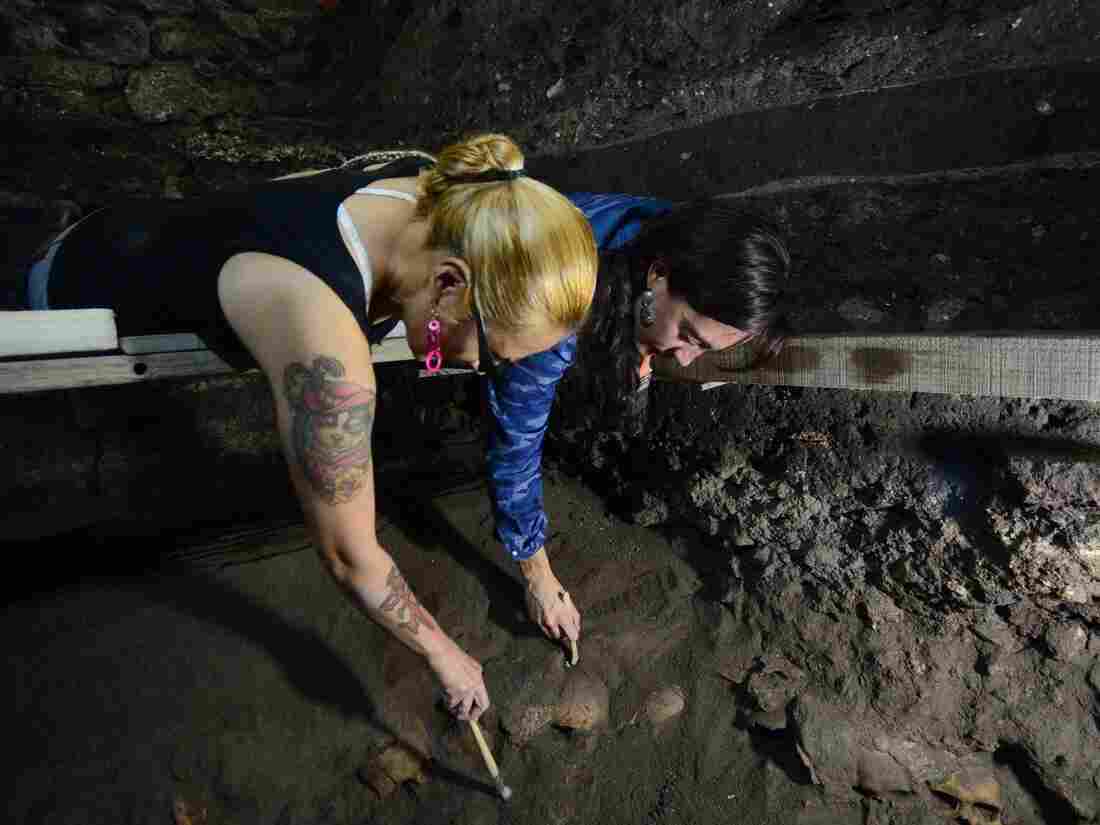 Archaeologists working at the Templo Mayor site of Aztec ruins in Mexico City, in August 2015. Scientists say the remains of women and children are among those found at a main trophy rack of human skulls, known as "tzompantli." Hector Montano/AP hide caption 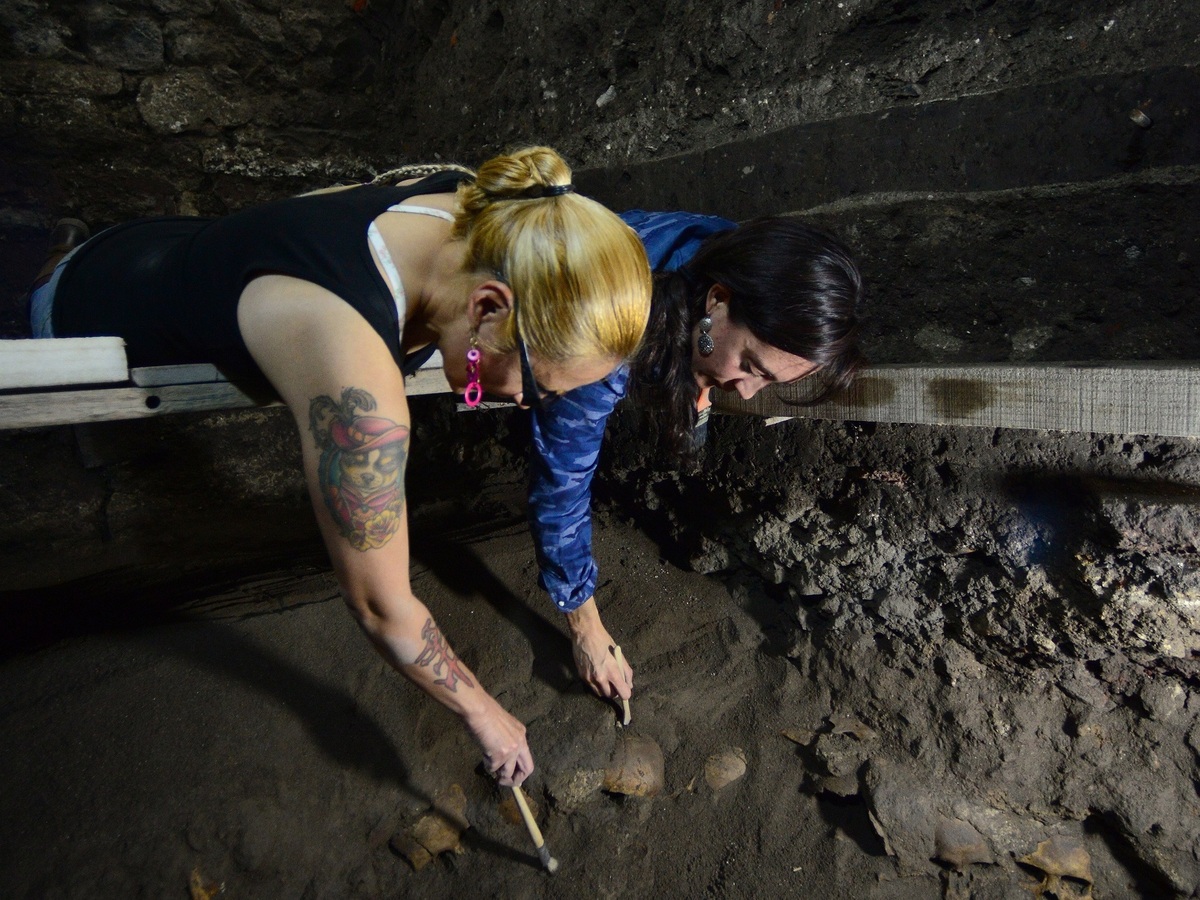 Archaeologists working at the Templo Mayor site of Aztec ruins in Mexico City, in August 2015. Scientists say the remains of women and children are among those found at a main trophy rack of human skulls, known as "tzompantli."

For nearly five centuries, Huey Tzompantli, a tower of skulls from the victims of Aztec ritual sacrifice, has remained little more than an intriguing rumor.

But a dig by archeologists in Mexico that began two years ago appears to have unearthed the site of the legendary remains — at least 650 skulls — that was first described in 1521 in an account by Andres de Tapia, a Spanish soldier who accompanied the conquistador Hernan Cortes.

The find itself is significant enough; however, what scientists are learning about the victims of the sacrifice sheds new light on the practices of the Aztec Empire, which ruled a large swath of what is now Mexico in the century leading up to the Spanish conquest.

The ancient human remains were discovered near the Templo Mayor, one of the main temples in the Aztec capital of Tenochtitlan, the site of modern day Mexico City. It was first assumed to contain mostly the remains of captured warriors and to have served as a showpiece for intimidating potential enemies. But archaeologists have also found the skulls of many women and children.

"We were expecting just men, obviously young men, as warriors would be, and the thing about the women and children is that you'd think they wouldn't be going to war," Rodrigo Bolanos, a biological anthropologist investigating the find, told Reuters.

"Something is happening that we have no record of, and this is really new, a first in the Huey Tzompantli," Bolanos told the news agency.

Many of the skulls were "caked in lime" and they were arranged in a large rising amphitheater-like circle of rings, Reuters reports.

"The base of the Huey Tzompantli has yet to be uncovered, and archaeologists expect to find many more skulls. El Economista reported that archeologists have also found a wooden rectangular platform at the center with the imprint of 16 poles that created a kind of palisade. With only a quarter of [the] excavation completed, the walls seem to spread 110 feet long. Researchers say they have no doubt this is the ancient structure [de Tapia] wrote about."

Smithsonian magazine adds that de Tapia had claimed that the site of Huey Tzompantli could have contained more than 100,000 skulls, "though contemporary scholars believe that count was significantly exaggerated."