Accessibility links
QVC Plans To Buy, Merge With Rival Shopping Network HSN : The Two-Way QVC already owns a substantial stake in its rival. Now it plans to buy the remaining stake, in a $2.1 billion deal. 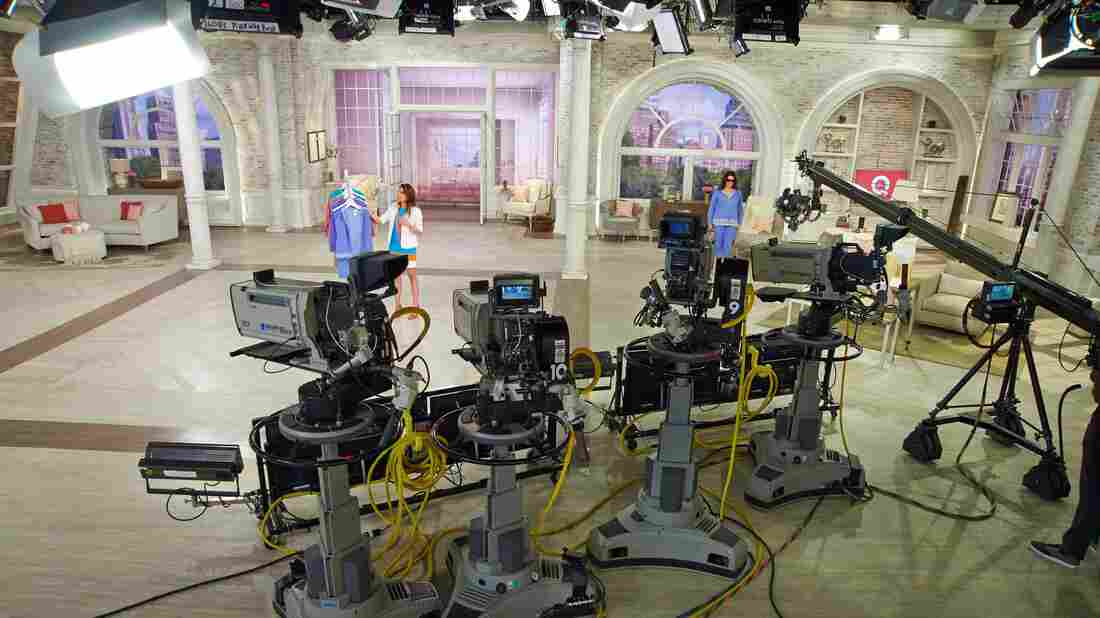 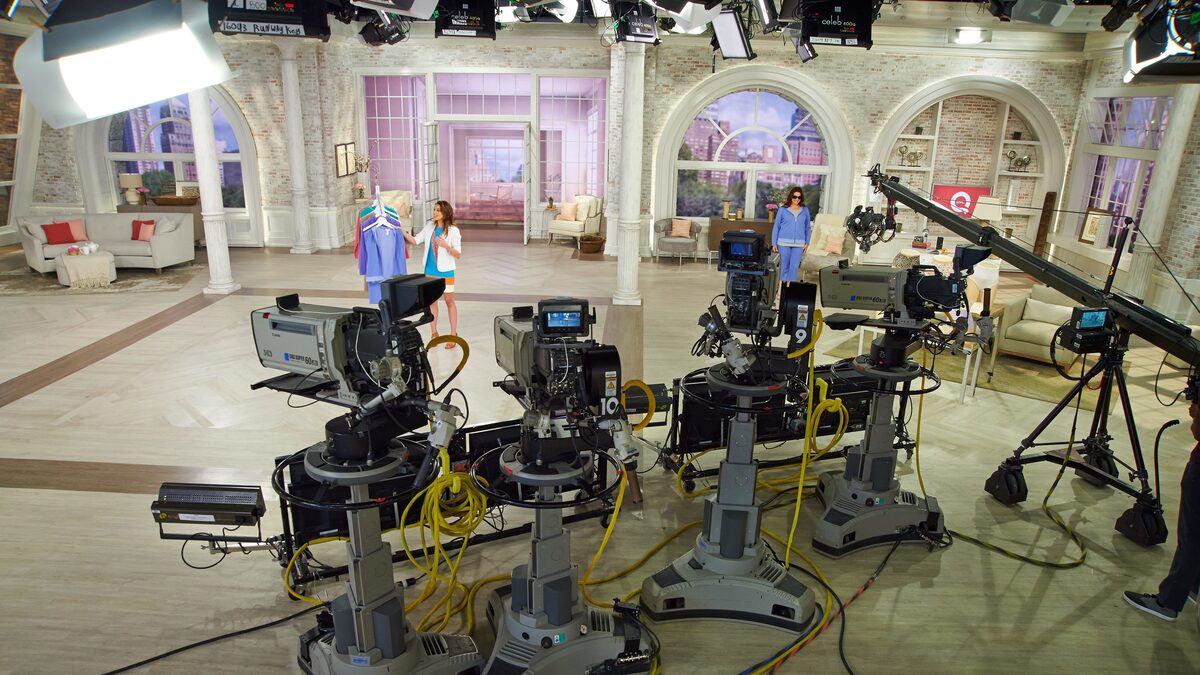 An undated image shows recording equipment at QVC Studio Park in Pennsylvania. The TV shopping network has announced plans to merge with its rival, HSN Inc.

Under pressure from the growth of online retailing, TV shopping giant QVC intends to acquire its rival HSN Inc. in a $2.1 billion deal.

QVC's parent company, Liberty Interactive, already owns a big chunk of HSN — 38 percent of its stock. Now it intends to purchase the remaining stake, closing the deal in the fourth quarter of the year, according to a company statement.

The deal involves stock trades, not cash: Investors in HSN would receive 1.65 shares of QVC stock for each share of HSN stock.

"Both companies, QVC and Home Shopping Network, have seen their sales decline as the retail landscape shifts as more consumers buy more products online," Yuki reports. "Combined, the companies will operate five networks in the U.S., and will control home furnishing brands such as Ballard Designs, Frontgate and QVC's online clothing seller Zulily.

"The companies also intend to invest in e-commerce and mobile operations," Yuki says.

In recent years, media outlets like The Washington Post and Fast Company reported that QVC has "quietly" and "gracefully" mastered the transition from land lines to smartphones by making it easier for viewers to buy products on their devices. Last summer, Business Insider noted that mobile purchases were making up a majority of QVC's e-commerce orders.