Accessibility links
Illinois Lawmakers Override Governor, Pass Budget For 1st Time In 2 Years : The Two-Way Unpaid bills have been piling up in Illinois since 2015. A deal that included a tax hike was vetoed by Gov. Bruce Rauner this week. Then a powdery substance at the Capitol caused even more delays. 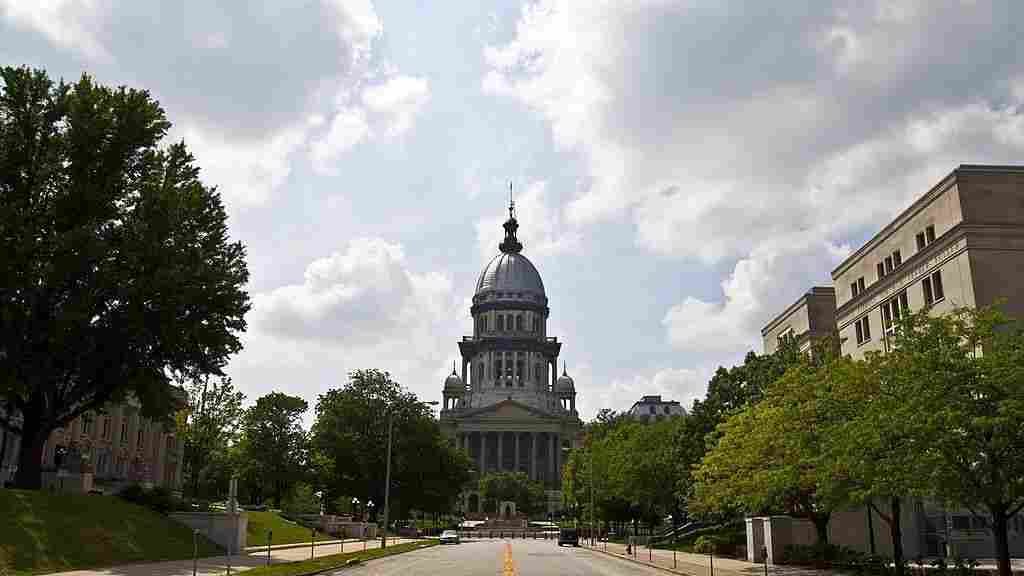 Lawmakers had to be called back to the Illinois State Capitol in Springfield to override the governor's veto and pass a budget deal with bipartisan support. Raymond Boyd/Getty Images hide caption 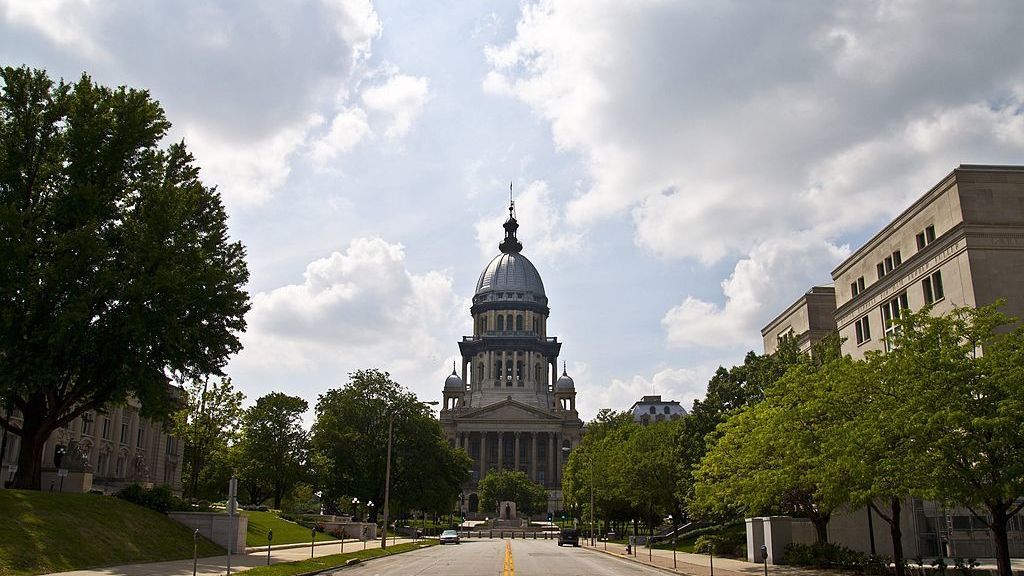 Lawmakers had to be called back to the Illinois State Capitol in Springfield to override the governor's veto and pass a budget deal with bipartisan support.

Lawmakers in Illinois have enacted a budget for the first time in more than two years, overriding a veto by Gov. Bruce Rauner and overcoming a last-minute delay at the Capitol.

Rauner was not present and no injuries were reported, but the early afternoon vote was put off as emergency workers investigated the material. The building was reopened by 3:30 p.m.

The budget negotiated by the Democrat-controlled Legislature is the first one passed in Illinois since 2015. Rauner, a Republican, had been firmly opposed to the deal and particularly critical of the income tax hike it included. He vetoed the package of bills on Tuesday.

But enough Republican legislators supported the deal that Democrats were confident they could pass an override. The vote was 71-42.

The state's long budget crisis began when Rauner took office and vowed, among other things, to take on the state's influential public-sector unions. The AP reports that the governor wanted a budget that would freeze property taxes, change workers' compensation programs and cut the cost of state employee pensions. He was also opposed to any permanent tax increase.

But the Democrats who control the Legislature didn't advance his proposals. The governor didn't blink, and two years passed without a budget.

Facing the possibility of a "junk" bond rating and eyeing some $15 billion in unpaid bills, state lawmakers decided to work out a deal and pass it over the governor's objections.

Brian Mackey of NPR Illinois reports that it took "a series of threats" to get lawmakers to the table — including not just the risk of a blow to the state's credit rating, but also the possibility of universities losing their accreditation.

"In the Illinois House, nearly one in three Republicans broke with their governor, supporting an income tax increase," Mackey says.

The Legislature took two weeks in continuous session to negotiate the deal, Mackey says. When Rauner vetoed it, the state Senate overrode him in less than an hour.

It took longer in the state House, where legislators had left town and needed to be called back for a vote.

What has the lengthy budget stalemate meant for Illinois residents? Last month, Mackey described it as "a sort of stealth government shutdown," one that was invisible to most residents but painful for nonprofits providing services:

"Most of the state government is still largely functioning through a series of court orders. ...

"There are hundreds of programs [that] haven't been paid — for homeless teens, AIDS patients and victims of domestic violence. But this aspect of the state budget crisis is happening largely out of public view.

"In fact, almost two-thirds of Illinoisans say they have not been affected by the stalemate, according to a poll earlier this year.

" 'I figure they'll get it together sometime,' said George Cowper, a retiree who lives in Springfield and says he's been unaffected by the standoff.

"The lack of public pressure has made it easier for each side to stay in its corner."