Accessibility links
Footage Of Venus Williams' Car Accident Causes Police To Retract At Fault Statement : The Two-Way Florida police have retracted their original statement that said the tennis player was at fault for the June 9 car accident that resulted in a passenger's death. Blame has not been determined. 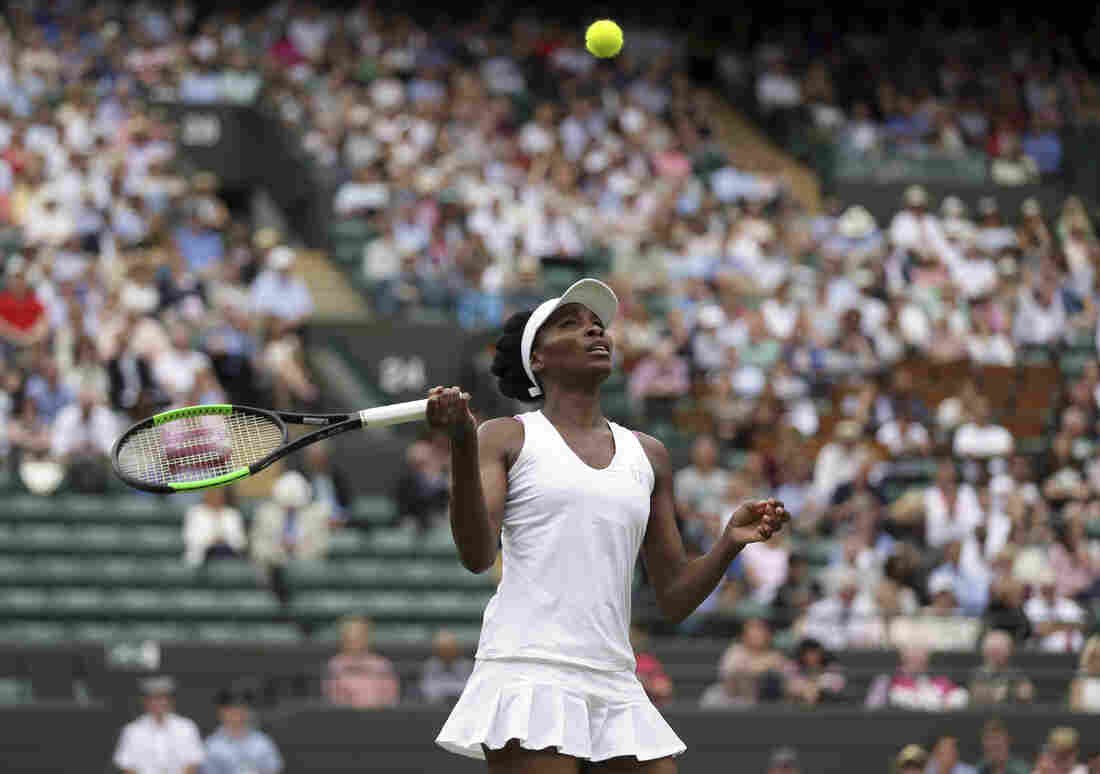 After a win on the opening day of Wimbledon, Venus Williams broke into tears when asked about her June 9 car accident that resulted in a passenger death. Tim Ireland/AP hide caption 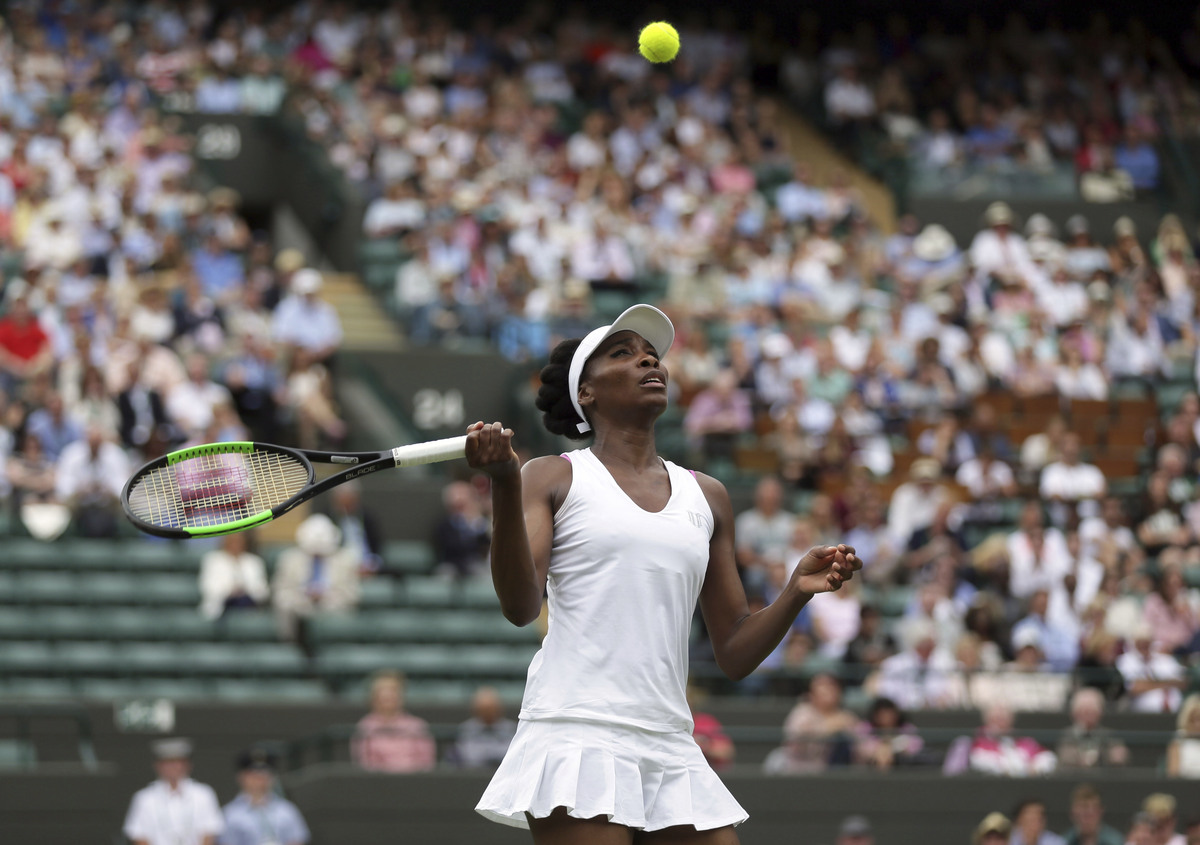 After a win on the opening day of Wimbledon, Venus Williams broke into tears when asked about her June 9 car accident that resulted in a passenger death.

After reviewing footage from a nearby security camera, police in Palm Beach Gardens, Fla., have rescinded their original statement that Venus Williams was at fault for a June 9 car crash that led to the death of the passenger in the other vehicle.

A police department statement says investigators had located new video evidence, "surveillance footage ... obtained from a community south of the intersection which recorded the traffic crash."

The Associated Press describes what they found:

"Williams legally entered an intersection but was cut off by another car, setting off a chain of events that seconds later resulted in a fatal crash with a third car, police say video released Friday shows.

"The video, taken by a security camera, shows Williams heading north as she stops her 2010 Toyota Sequoia SUV at a stoplight behind a white car as she exits her Palm Beach Gardens neighborhood shortly after 1 p.m. June 9.

"When the light turns green, the white car turns left onto a six-lane, heavily traveled boulevard, but Williams heads straight. A dark colored sedan turns left in front of her, causing her to stop.

"She then continues straight into the far, westbound lanes, where her SUV is struck in the passenger's side by a 2016 Hyundai sedan driven by Linda Barson."

Barson's husband Jerome, 78, was injured in the crash and died two weeks later on June 22. His estate has filed a wrongful death lawsuit against Williams, 37, and is seeking unspecified damages, according to The Associated Press.

Williams posted on Facebook on June 30 about the accident and expressed her sorrow saying, "I am devasted [sic] and heartbroken by this accident. My heartfelt condolences go out to the family and friends of Jerome Barson and I continue to keep them in my thoughts and prayers."

Since the release of the footage on Friday, Palm Beach Gardens police spokesman Maj. Paul Rogers has said blame has not yet been determined.

Williams, 37, reached the fourth round at Wimbledon on Friday after beating 19-year-old Naomi Osaka of Japan. The tennis player became tearful and left a press conference on Monday when asked about the crash.