Accessibility links
Large Wildfires Force Evacuations In California; 5,000 Firefighters Deployed : The Two-Way One blaze forced people to flee cabins in the Los Padres National Forest and briefly stranded some 90 children and 50 counselors near a lake. 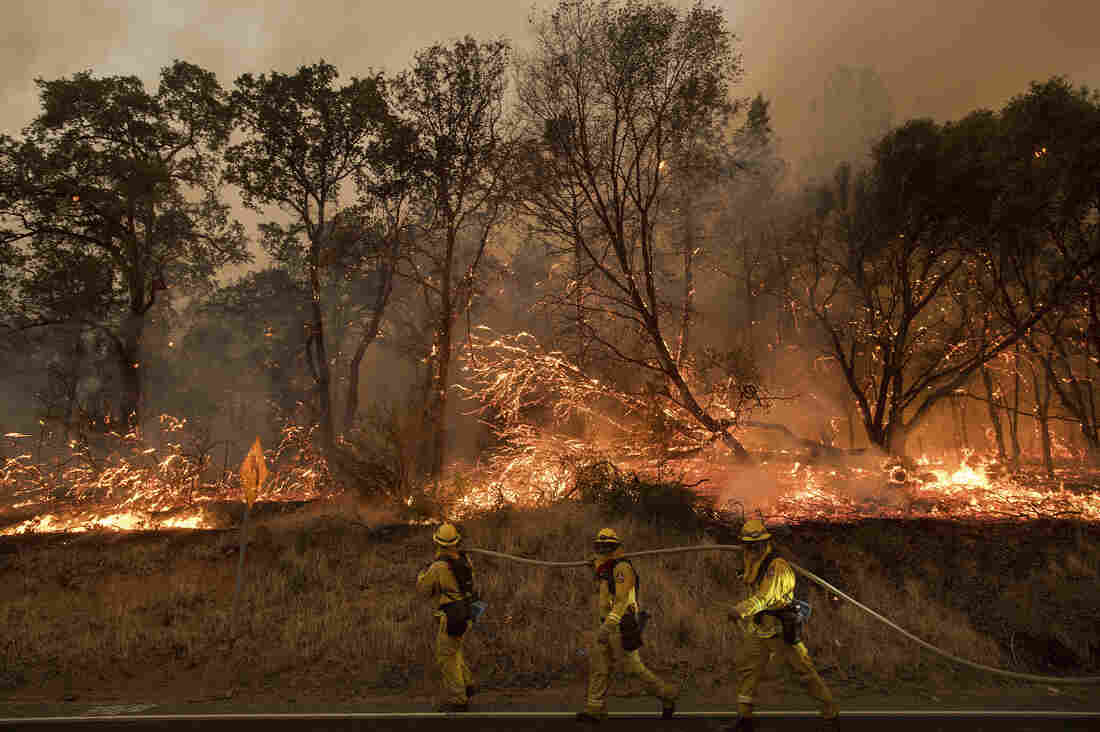 Firefighters try to keep a wildfire from jumping a street near Oroville, Calif., on Saturday. Evening winds drove the fire through several neighborhoods, leveling homes in its path. Noah Berger/AP hide caption 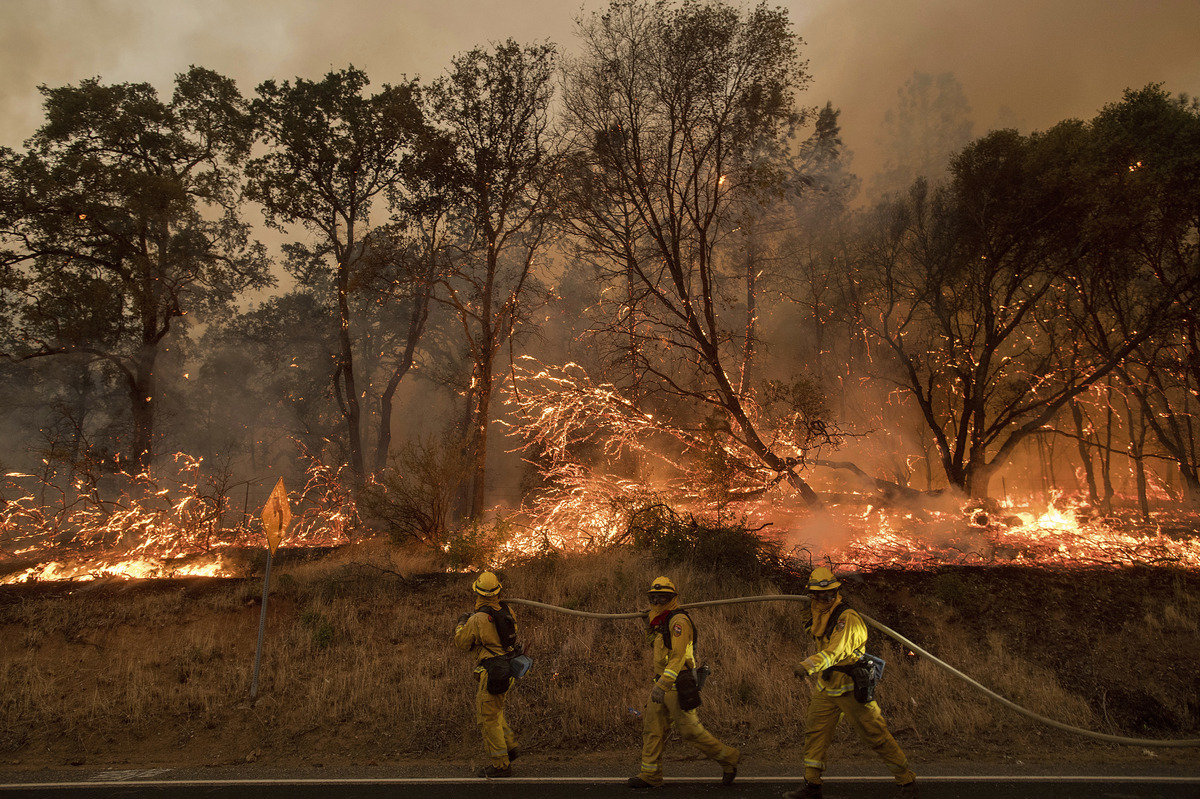 Firefighters try to keep a wildfire from jumping a street near Oroville, Calif., on Saturday. Evening winds drove the fire through several neighborhoods, leveling homes in its path.

Hot and dry conditions in the West are feeding wildfires in the U.S. and Canada, prompting evacuation orders for thousands of people. In California, some 5,000 firefighters are battling 14 large wildfires, state officials say.

"The Whittier Fire, which is burning in the Santa Ynez Valley of Santa Barbara County, is especially concerning for firefighters because it's near hundreds of homes," reports Debra Greene from member station KCLU. "It has already destroyed some structures, and mandatory evacuations are in place."

The Whittier Fire started Saturday and spread quickly. It's burning in steep, rugged terrain with plenty of fuel. Greene quotes Mike Eliason of the Santa Barbara County Fire Department saying, "A lot of vegetation hasn't burned on this side for a good 40, 50 years on the North Slope. So, it's a very difficult fight."

The blaze forced people to flee cabins in the Los Padres National Forest and briefly stranded some 90 children and 50 counselors at the Circle V Ranch near Cachuma Lake, member station KPCC reports. They were later taken to safety.

The Whittier Fire is now at 7,800 acres and is 5 percent contained. The Alamo Fire is even larger: At some 24,000 acres, it straddles parts of Santa Barbara and San Luis Obispo counties, and was 10 percent contained on Sunday, according to Cal Fire.

North of Sacramento, the Wall Fire grew by thousands of acres overnight and prompted a new round of evacuation orders in Butte County. The fire is now 5,000 acres and threatens 750 structures, Capital Public Radio reports. As of Sunday morning, it had destroyed 10 structures.

In recent days, temperatures have been topping the 100-degree mark in much of the West — including in Oregon, where a fire at Summer Lake quickly grew to cover 950 acres on Saturday.

In Washington, the Dry Creek fire forced a highway to be closed after rapidly growing to 500 acres.

In British Columbia, more than 7,000 people have fled their homes due to wildfire threats, according to Canada's CBC.

The CBC reports, "Around a dozen wildfires of concern were listed Sunday morning, burning through more than 15,500 hectares of land and threatening buildings in the Interior and Cariboo."