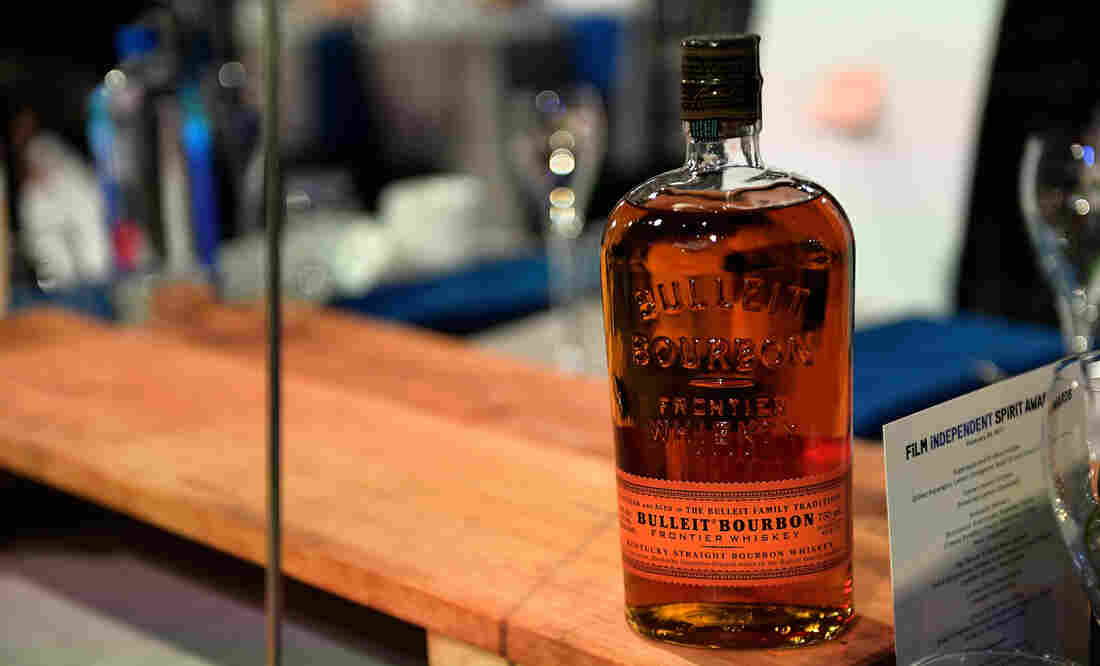 A bottle of Bulleit Bourbon is displayed at an awards ceremony in February in Santa Monica, Calif. American distillers say they are concerned about potential EU tariffs against bourbon, if the U.S. imposes a tariff on steel. Matt Winkelmeyer/Getty Images for Film Independent hide caption 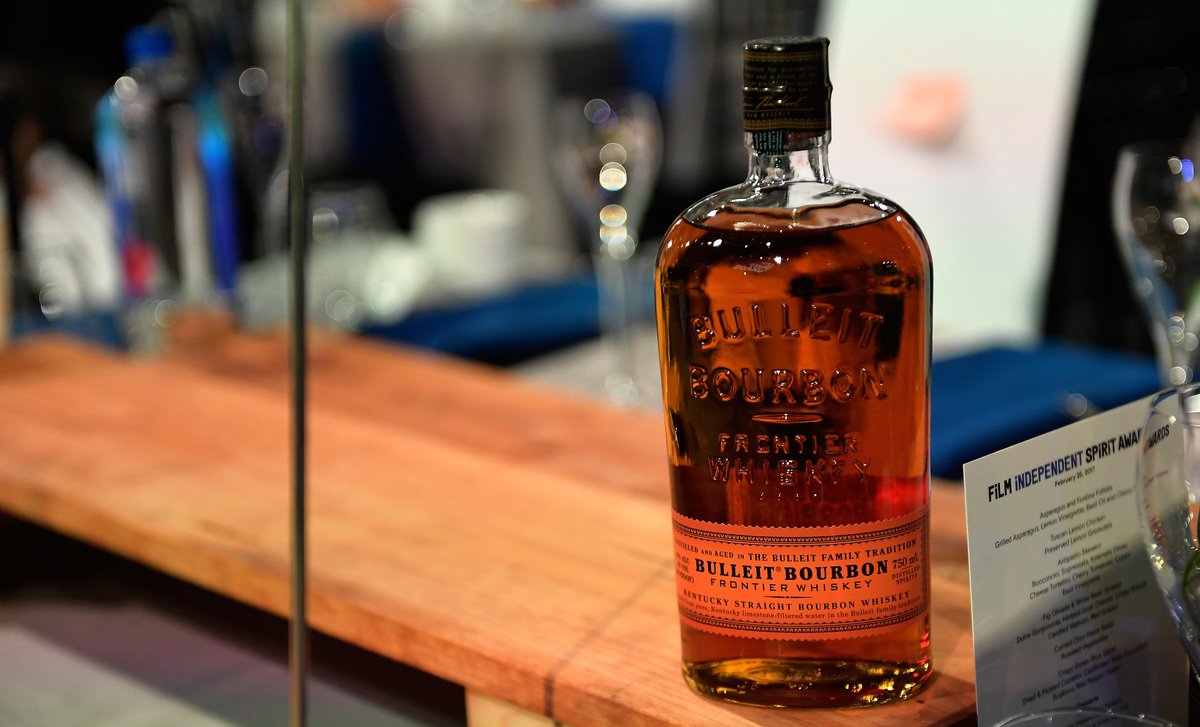 A bottle of Bulleit Bourbon is displayed at an awards ceremony in February in Santa Monica, Calif. American distillers say they are concerned about potential EU tariffs against bourbon, if the U.S. imposes a tariff on steel.

We'll give it to you straight: If President Trump slaps a tariff on steel, the U.S. bourbon industry might be left reeling.

Trump has long vowed to impose tariffs on some imports, and his administration has recently focused on the steel industry. A blanket tariff on steel wouldn't just hurt China, the frequent target of Trump's trademark trade tirades. It would also deal a blow to allies such as Germany.

According to a report by The Financial Times (behind a paywall), officials in the EU are planning how they'd respond to blanket steel tariff. Their targets, the FT reports, include dairy, orange juice — and whiskey.

A tariff on bourbon, a classic American spirit that is produced only in the U.S., isn't just symbolic. American whiskey has experienced a serious boom in global popularity over the last few years.

The bourbon industry fought hard for that global expansion, says Fred Minnick, the author of Bourbon: The Rise, Fall and Rebirth of an American Whiskey. For years other countries levied large tariffs on bourbon, he says, and the world thought "whiskey" meant "Scotch."

"Bourbon distillers worked very diligently to peel away some of those ridiculous tariffs," Minnick says, and successfully introduced American whiskeys to drinkers abroad.

"Data from the Distilled Spirits Council of the United States [DISCUS] shows that about 59 percent of the country's bourbon exports went to EU member countries last year," Scott writes.

DISCUS said in a statement that "any efforts to impose retaliatory tariffs" would hurt the spirits industry in both the U.S. and the EU.

The choice of bourbon is also politically significant. Most bourbon is made in Kentucky. Also from Kentucky: Senate Majority Leader Mitch McConnell, one of the most powerful men in the U.S. government.

Bourbon is an "$8.5 billion homegrown industry that employs nearly 17,500 people," as the Kentucky Distillers' Association pointedly noted in a response to the threat of a tariff. The message to McConnell needs no explanation.

If a tariff does come to pass, it's not clear what it would mean for consumers. Some beverage conglomerates might sell off bourbon brands, or even shut them down, Minnick tells NPR. "That's been the historic trend," he says.

Or, to try to make up lost revenue, companies might raise their prices, says Carla Carlton, author of Barrel-Strength Bourbon. Alternately, a glut on the market might also drive prices down — hurting distilleries, but not necessarily devastating imbibers.

Either way, both Minnick and Carlton agree that a substantial tariff would be bad news for bourbon makers. Distilleries have to plan far in advance, because whiskies spend years aging in barrels. They can't exactly pivot to respond to new trade policies.

"It's kind of like trying to turn a big ship," Carlton says. "You can't make really quick changes overnight."

A previous version of this post incorrectly attributed a quote to Roxanne Scott; the attribution has been corrected to Fred Minnick.