Accessibility links
Ukraine Recommits To NATO Membership Over Moscow's Objections : The Two-Way After a meeting in Kiev between President Petro Poroshenko and NATO's secretary general, the Ukrainian leader pledged reforms aimed at qualifying his country for the western alliance by 2020. 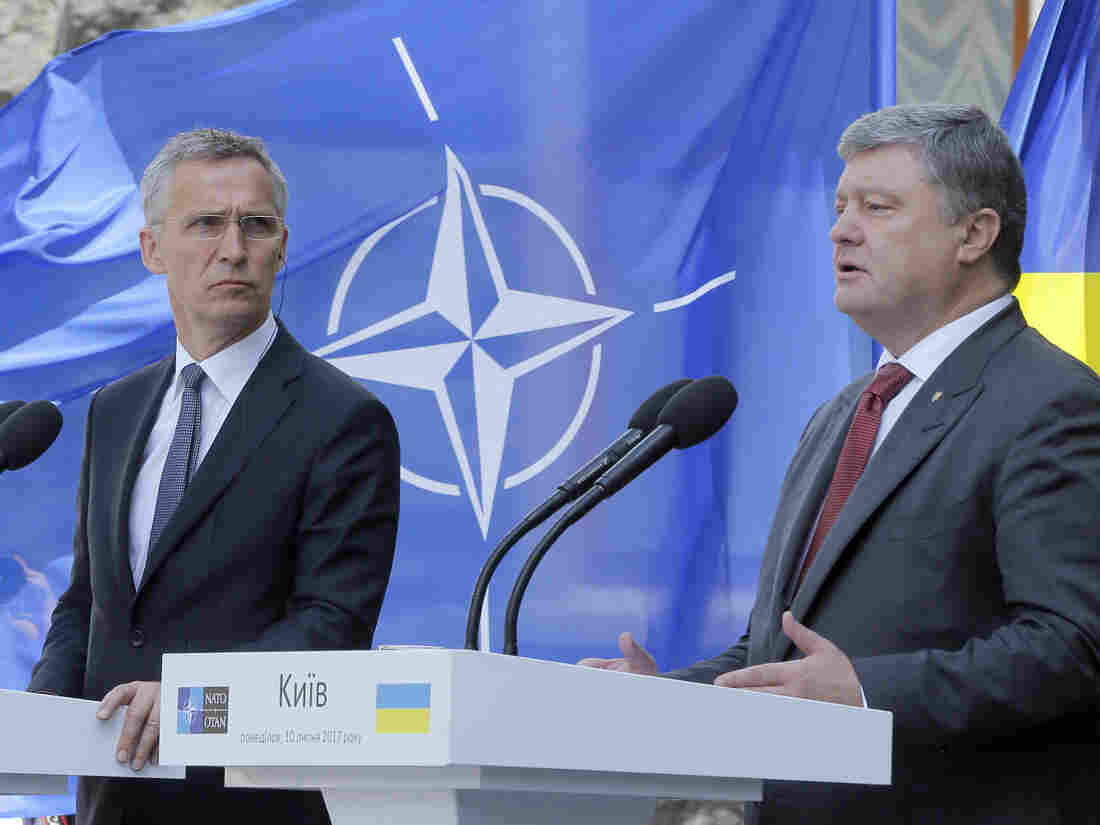 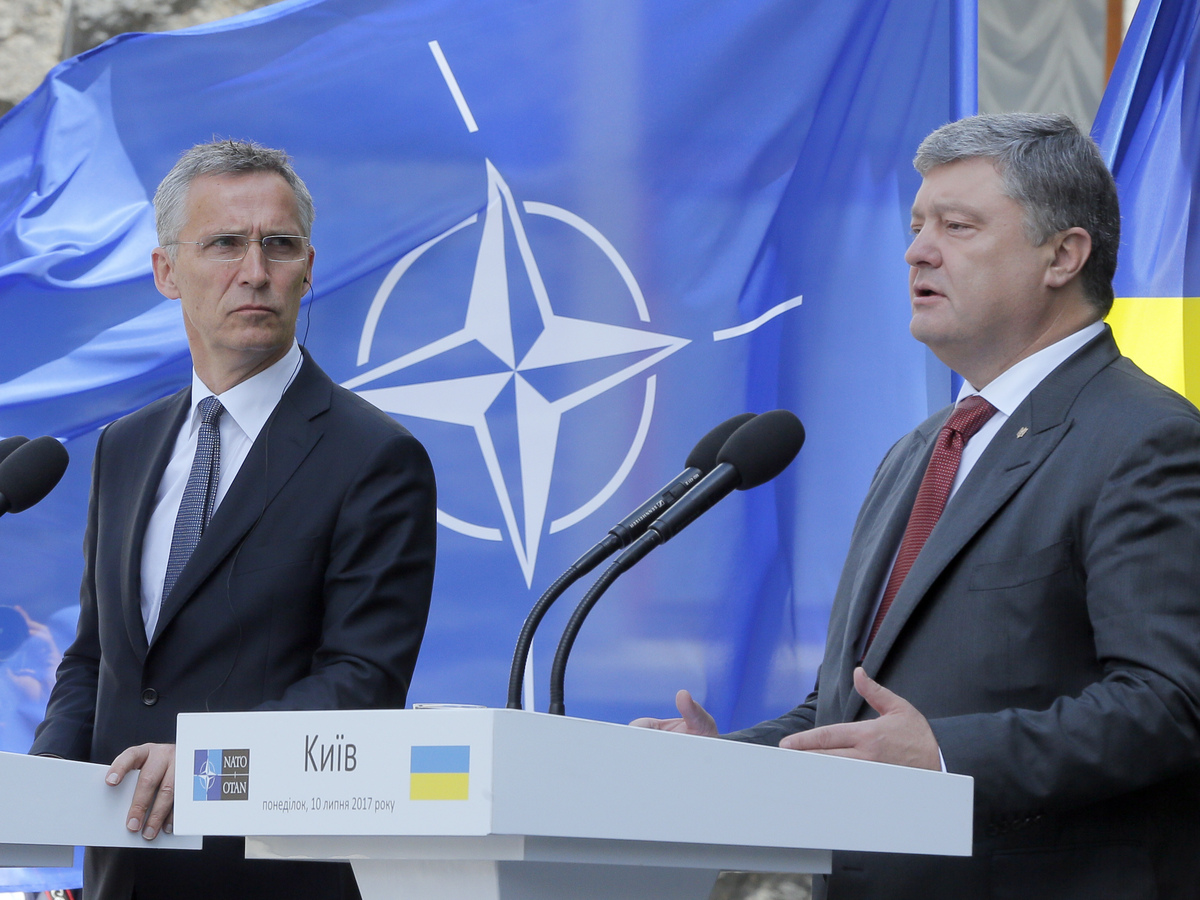 Ukraine is set to begin talks with NATO about eventual membership in the western alliance – a move that has long raised the ire of Russia.

After their meeting, Poroshenko said he had "clearly stated that we would begin discussion about a membership action plan and our proposals for such a discussion were accepted with pleasure."

Since 2014, Ukraine has been battling a Russian-backed insurgency sparked by Moscow's forced annexation of the Crimean Peninsula. The chain of events was set in motion by Poroshenko's election defeat of then-President Viktor Yanukovych, who had been publicly pro-Russia.

As far back as 2008, Ukraine, an integral part of the old Soviet Union, agreed with NATO's leadership that it would work toward eventual membership in the alliance. But moves in that direction were ignored by Yanukovych.

During a joint news conference with Poroshenko on Monday, the NATO secretary-general also called on Russia to withdraw its troops from Ukraine and said that the alliance would be supplying hardware to protect Ukraine's computers from cyberattacks. Kiev has accused Moscow of being behind a massive ransomware attack last month that quickly spilled across Ukraine's borders and infected computers worldwide.

And as Reuters reports following the meeting: "Russia, deeply opposed to enlargement of NATO towards its borders, weighed in quickly, saying the prospect of NATO membership for Ukraine would not promote stability and security in Europe."

According to Reuters, 69 percent of Ukrainians who were surveyed in a June poll supported joining NATO — a sharp increase from before Moscow's forced annexation of the Crimean Peninsula in 2014.

Poroshenko has pledged that Ukraine will undertake a series of reforms aimed at qualifying the country for NATO membership by 2020. Those reforms, according to a NATO spokesman quoted by Reuters, would occur in the areas of defense, anti-corruption, governance and law enforcement.

The meeting with NATO's top official comes after Washington appointed Kurt Volker, a former U.S. representative to NATO, as a special representative to Ukraine. It also follows President Trump's public reluctance to commit to NATO's charter, which calls for mutual defense of its members.