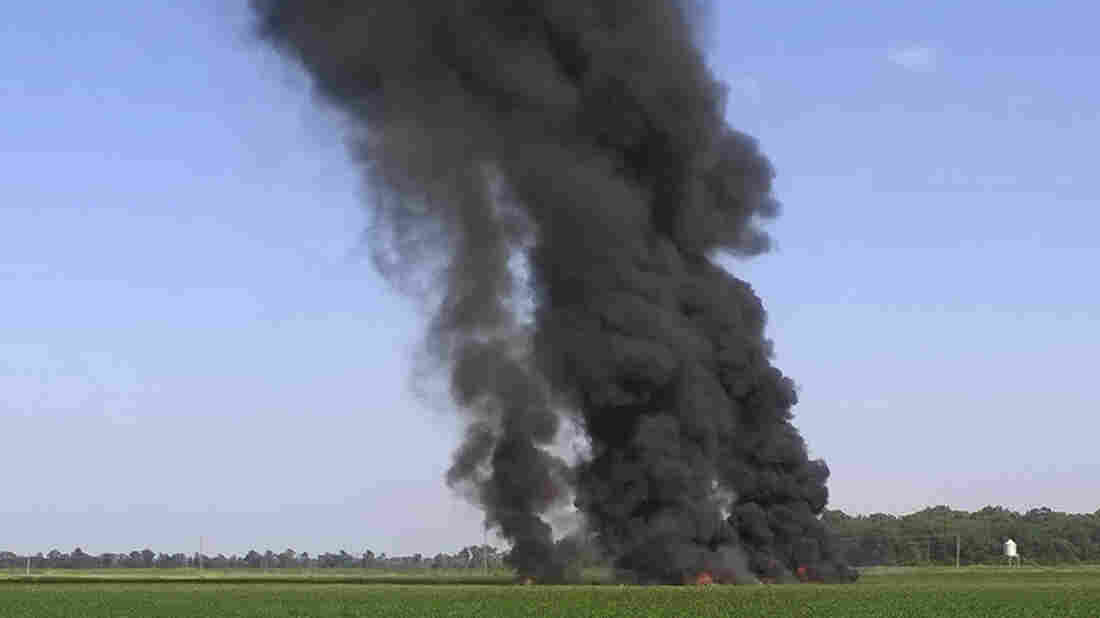 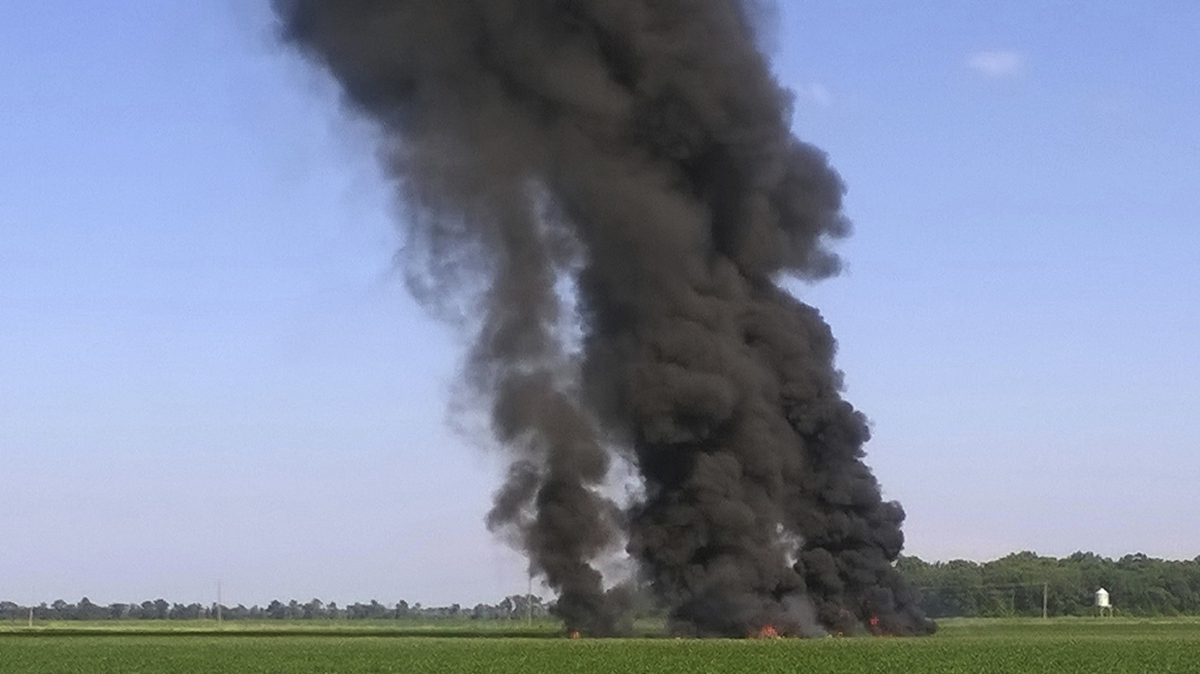 Smoke and flames rise where a military transport plane crashed near Itta Bena, Miss., on Monday, killing at least 16.

A Marine Corps refueling tanker crashed Monday afternoon in a field 85 miles north of Jackson, Miss., killing all aboard, 15 Marines and one Navy sailor.

Six of the Marines and the Navy sailor were from the Marine Corps Forces Special Operations Command at Camp Lejeune, N.C. A Marine Corps spokesperson said they were traveling with their "associated equipment" en route to Marine Corps Air Station Yuma, Ariz.

Gov. Roy Cooper of North Carolina said in a statement, "Our hearts go out to the families of those killed, as well as the Marines they served alongside. Danger and sacrifice are inherent to the jobs carried out by our service members, and this tragedy is a reminder that they serve at home and abroad every minute of every day."

The KC-130 transport aircraft took off from the Marine Corps Air Station Cherry Point in eastern North Carolina, the Corps said in a statement. Federal Aviation Administration officials contacted the Corps when the aircraft disappeared from radar over Mississippi.

The cause of the crash is not yet known, and an investigation is underway.

Marine Capt. John Roberts told the Associated Press that the plane was part of the Marine Forces Reserve headquartered in New Orleans, under the command of the 4th Marine Air Wing.

The Corps said identities of those killed are being withheld while their families are notified.

LeFlore County Emergency Management Director Fred Randle told the AP that 16 bodies had been recovered from the crash site in a soybean field in Itta Bena, Miss.

Officials told The Clarion-Ledger that the crash had strewn debris over a 5-mile radius.

Witness Andy Jones told the AP he saw the plane spiral into the ground.

"Jones said he was working on his family's catfish farm just before 4 p.m. when he heard a boom and looked up to see the plane corkscrewing downward with one engine smoking.

" 'You looked up and you saw the plane twirling around,' he said. 'It was spinning down.'

"Jones said the plane hit the ground behind some trees in a soybean field, and by the time he and others reached the crash site, fires were burning too intensely to approach the wreckage. The force of the crash nearly flattened the plane, Jones said.

" 'Beans are about waist-high, and there wasn't much sticking out above the beans,' he said."

Mississippi Gov. Phil Bryant posted a message of sympathy on his Facebook page, saying, "Please join Deborah and me in praying for those hurting after this tragedy."

The New York Times reports that the FBI is sending employees to assist with the investigation, although authorities do not suspect foul play.

The KC-130J Hercules aircraft is used for "air-to-air refueling, rapid ground refueling and logistic support," including transportation of troops or cargo, according to a Navy fact sheet.