Accessibility links
U.N. Says Gaza Is 'De-Developing' Even Faster Than Expected : The Two-Way In 2012, it estimated that the Gaza Strip would be unlivable by 2020. "Gaza's 2 million people are seeing faster and faster decline in their living conditions," says the U.N.'s Gaza Coordinator.

U.N. Says Gaza Is 'De-Developing' Even Faster Than Expected

U.N. Says Gaza Is 'De-Developing' Even Faster Than Expected 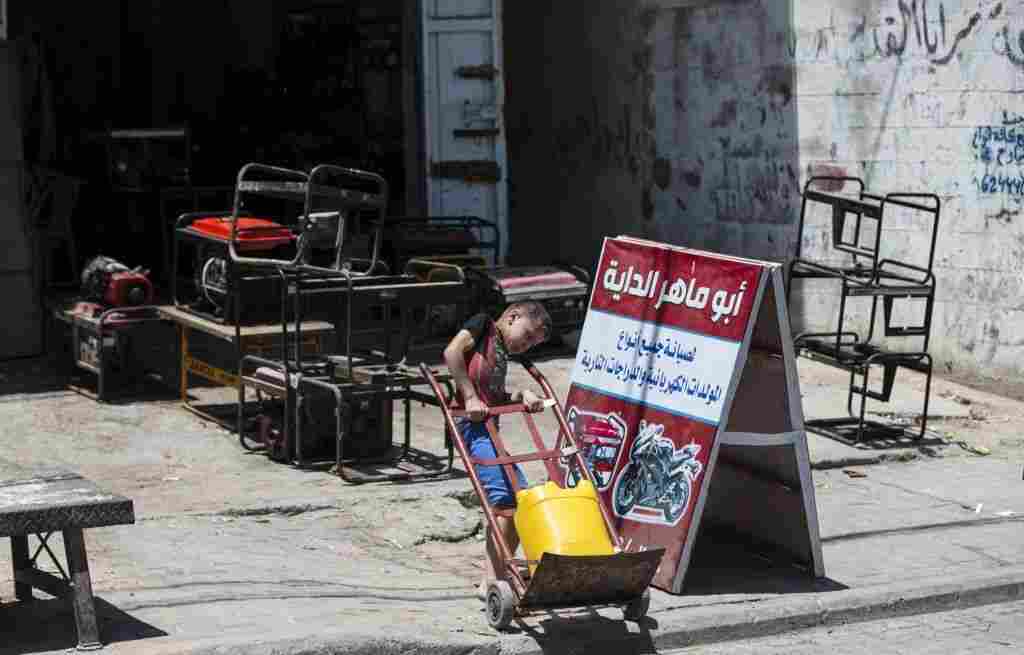 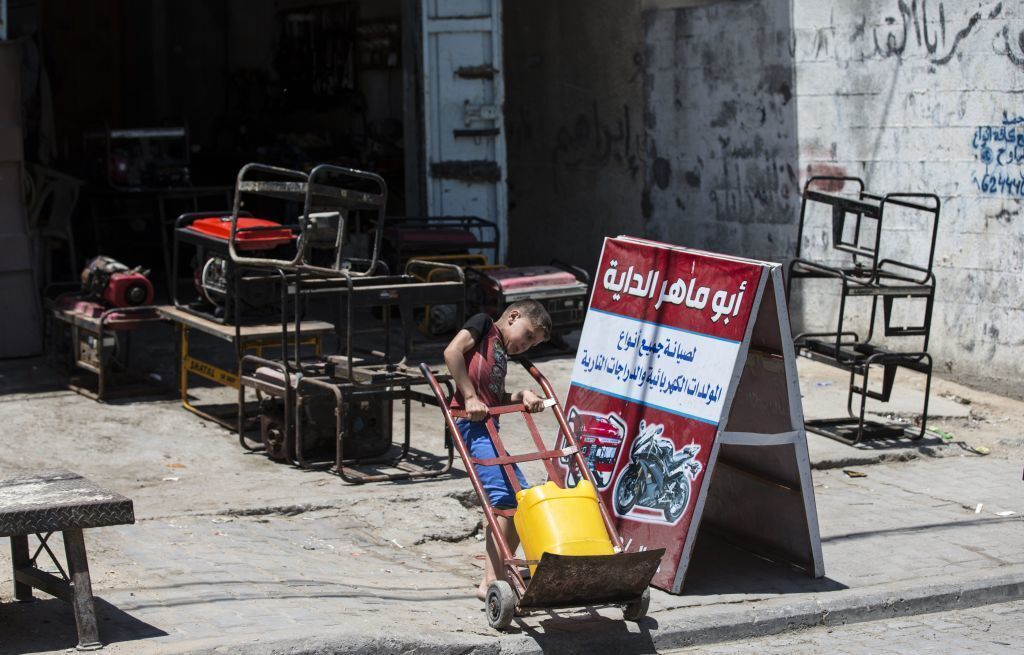 A Palestinian boy pulls a water-filled jerrycan during a heatwave at al-Shati refugee camp in Gaza City earlier this month.

Five years ago, the U.N. warned that Gaza is expected to be unlivable by 2020. A new report now says conditions are deteriorating there even faster than it forecast.

"What needed to happen has not happened, and the indicators are accelerating instead of slowing down," Robert Piper, the U.N. Coordinator for Humanitarian Aid and Development Activities in the Occupied Palestinian Territory, told NPR's Daniel Estrin.

"In a nutshell, Gaza continues to de-develop in front of our eyes," Piper adds. "From health care, to unemployment, to energy, to access to water, across all of these fields, Gaza's 2 million people are seeing faster and faster decline in their living conditions."

The population of Gaza, a 130-square-mile strip of land on the Mediterranean, is growing faster than projected, while infrastructure and services haven't been able to keep up. The population is now forecast to reach 2.2 million people in 2020, up from the 2012 projection of 2.13 million.

"Many of the problems stem from the Hamas takeover of Gaza 10 years ago, Israel and Egypt's blockade of Gaza and the Palestinian Authority's recent reduction of electricity to Gaza to pressure its rival Hamas," Daniel reports.

Israel maintains tight control over the movement of people and goods from all sides of Gaza, aside from the 7-mile-long border Gaza shares with Egypt, which is rarely open.

By the end of 2017, the U.N. projects Gaza's only water aquifer will be depleted. The damage could be irreversible by 2020 due to salt water entering the aquifer. That would be "catastrophic," the report says, and the "living and health conditions of the people of Gaza can only further deteriorate, exposing the population to water-borne illnesses, and other threats."

The U.N. had previously said that the aquifer would be depleted by 2016, earlier than the current projection. Piper says this small piece of positive news is more akin to "re-arranging the deck chairs on the Titanic than really having much to celebrate."

At the same time, the amount of poorly treated sewage dumped into the sea is increasing, now equivalent to 43 Olympic size pools daily. That is expected to increase by almost 10 percent by 2020, which could have "significant environmental consequences," the report warns.

Banksy Customizes A West Bank Hotel, Offering Rooms With A View Of Wall

The U.N. says new water treatment facilities need to be constructed to address the water crisis. However, Israel is limiting imports on many of the materials needed for construction because it says they could be used for military purposes. And any future new plants would require a steady electrical supply, which at the moment is highly uncertain.

In fact, "an 11-year-old child has not experienced more than 12 hours of electricity in a single day in his/her lifetime," according to the report. It says that in the most pessimistic 2020 estimate, only 25 percent of Gaza's electricity demand would be met.

Gaza's unemployment rate is at more than 40 percent, according to the latest figures. It's particularly severe for 20-24 year olds, at 60.3 percent, and for women, at 64.4 percent.

The number of doctors, nurses and hospital beds has also not been able to keep pace with the growing population. The report says, "while the population has doubled since 2000, the number of functioning primary health care clinics has decreased from 56 to 49."

Given these "unacceptable" conditions, Piper acknowledges that for some, Gaza would already be deemed unlivable. "For many of us, we'd say that threshold is well and truly passed," he said. "How do you manage in these sorts of conditions?"

In the report, Piper states: "It is profoundly unjust and inhuman to put Gaza's civilians through such an ordeal." He calls them "the victims of various policies by many different actors."