Accessibility links
In 'Most Regressive' State, Seattle Passes Tax On Highest Incomes : The Two-Way The tax on individuals earning over $250,000 will generate an estimated $140 million in new annual revenue. Seattle's mayor says it will help replace funds cut by President Trump's "austere budget."

In 'Most Regressive' State, Seattle Passes Tax On Highest Incomes

In 'Most Regressive' State, Seattle Passes Tax On Highest Incomes 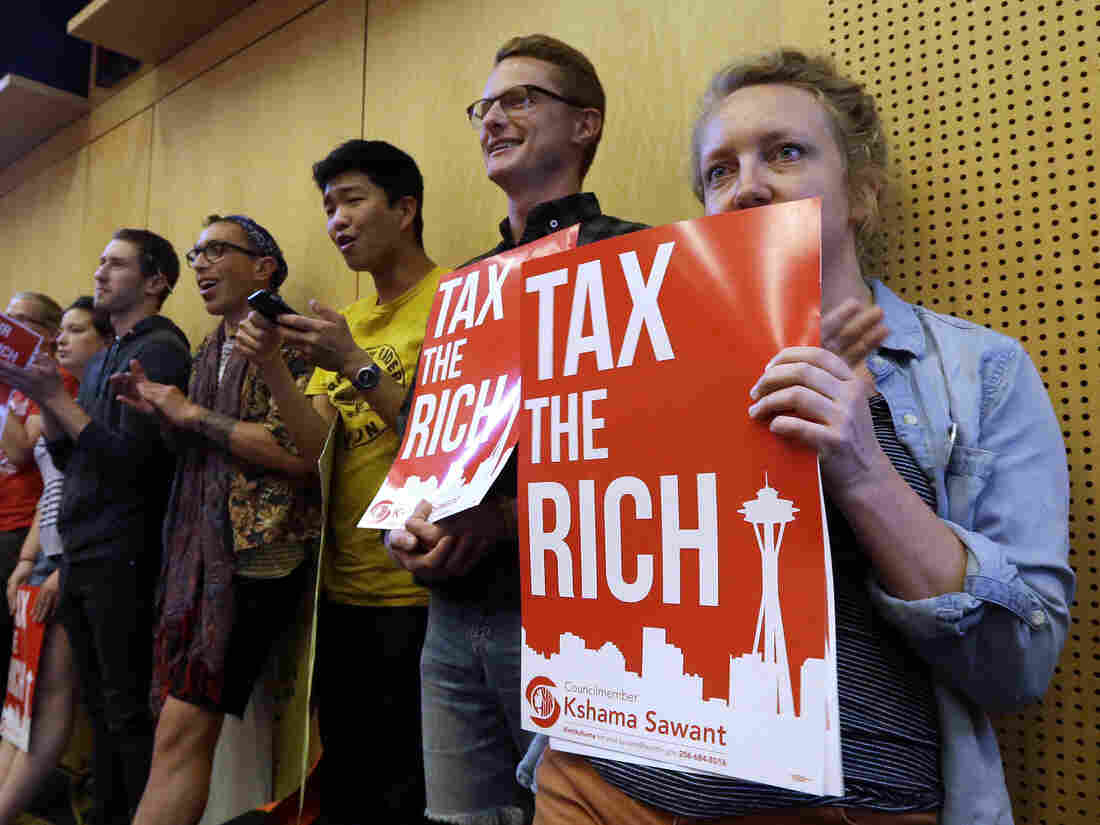 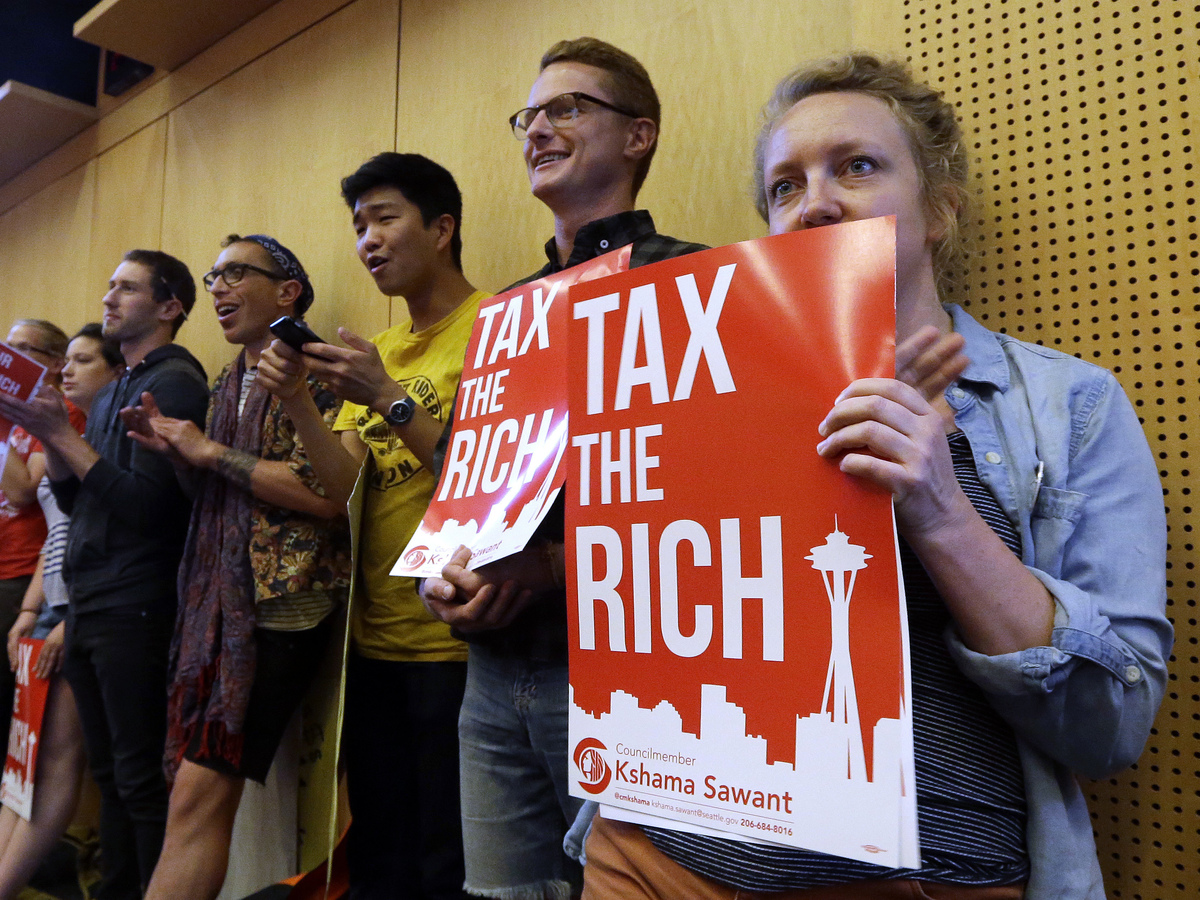 Audience members hold signs in support of a new city income tax on high earners at a Seattle City Council meeting on Monday.

Washington state's tax system has been called the most regressive in the country, as the state collects no income tax nor do any of its cities. But Seattle is looking to change that: On Monday, its city council passed an income tax on its highest earners.

The council voted 9-0 in favor of the tax, which will apply a 2.25 percent tax on annual income over $250,000 on individuals, or $500,000 for couples filing jointly. The city estimates the tax will generate $140 million in new annual revenue.

"Seattle is challenging this state's antiquated and unsustainable tax structure by passing a progressive income tax," said Mayor Ed Murray in a statement. "Our goal is to replace our regressive tax system with a new formula for fairness, while ensuring Seattle stands up to President Trump's austere budget that cuts transportation, affordable housing, healthcare, and social services. This is a fight for economic stability, equity, and justice."

Opponents are already preparing lawsuits to fight the tax. The Freedom Foundation, an Olympia-based conservative think tank, told NPR station KUOW that it was forming a coalition to litigate the tax, which it says is illegal under state law.

"If the current tax system has problems, then let's address those," Jami Lund, the foundation's senior policy analyst, told the station. "Let's not add an extra injustice to sort of balance another injustice. I would say it's like fighting fire with fire and you end up with all houses getting burnt down."

NPR station KNKX reports that legal experts see the city's legislation as a test case that could open the door to other Washington municipalities passing income taxes:

"The state Supreme Court decided in 1933 that the state Constitution allows only for a flat 1-percent tax on income. Proponents of Seattle's income tax say they hope the modern court will reverse that ruling.

"A 1984 state law also made it illegal for cities to tax net income. Seattle leaders crafted the city's law to get around that restriction."

At City Hall, Seattleites supporting the tax "vastly outnumbered" those opposing it, The Seattle Times reports:

" 'Seattle should serve everyone, not just rich folks,' software developer Carissa Knipe told the council before the 9-0 vote, saying she makes more than $170,000 per year.

" 'I would love to be taxed,' the 24-year-old from Ballard testified, drawing applause from a room packed with supporters of the tax."

The Times reports that state Republican Party chair Susan Hutchison has urged Seattle residents to resist the tax by refusing to pay it. About 11,000 Seattle residents made at least $250,000 in 2015, according to Census data analyzed by the newspaper.

A KUOW/KING poll last month found 66 percent of Seattle residents supported an income tax on the highest earners. Washington is one of seven states without a personal income tax.