Accessibility links
Pope Francis Announces New Path To Sainthood : The Two-Way The new category recognizes those who sacrifice their lives for others. The pope announced the pathway on Tuesday, and it is seen as one of the biggest changes to the process in centuries. 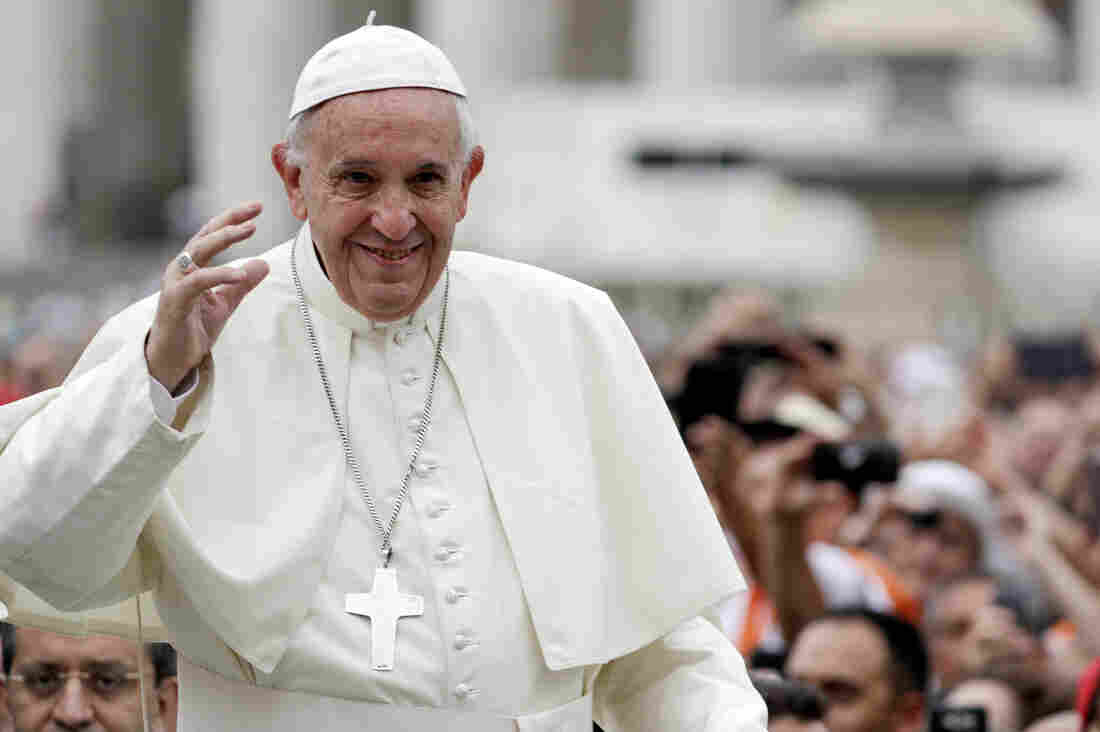 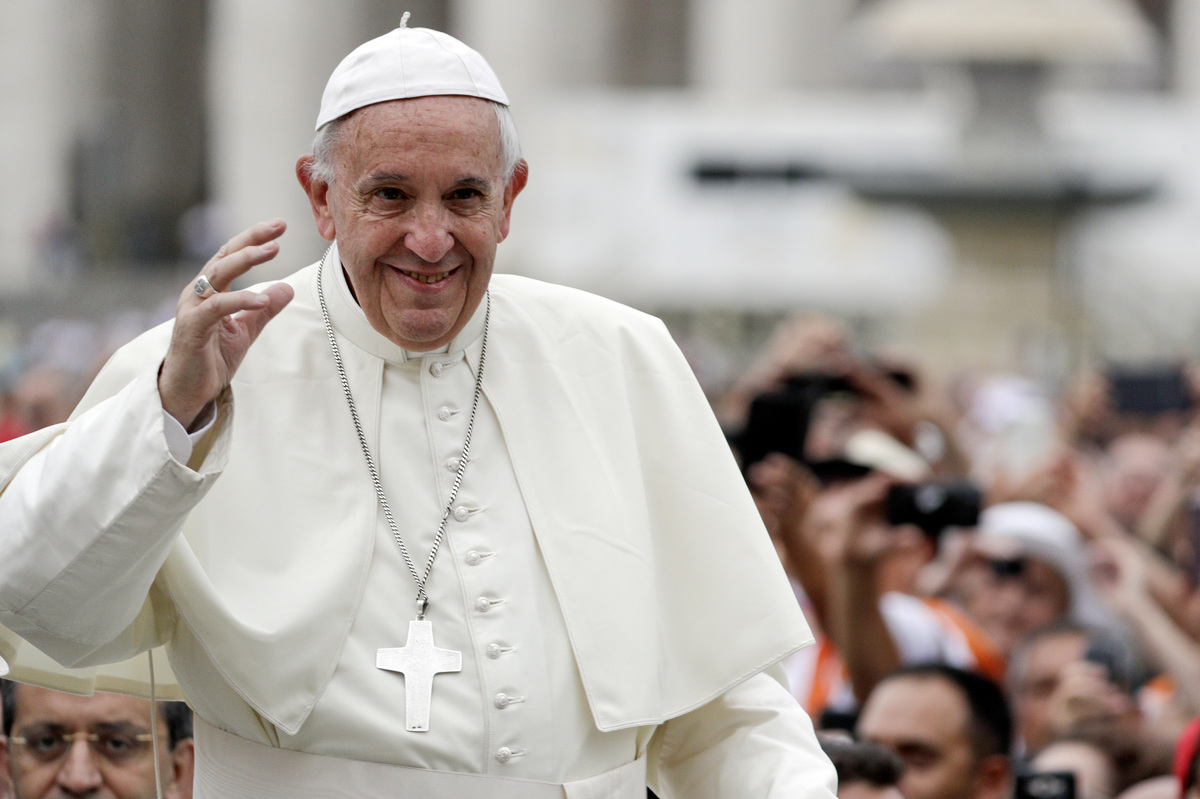 Pope Francis arrives for his weekly general audience at the Vatican last month.

Pope Francis has introduced a new pathway to Catholic sainthood, recognizing those who sacrifice their lives for others.

The new category, introduced in a official letter from the pope on Tuesday, is "one of the most significant changes in centuries to the Roman Catholic Church's saint-making procedures," Reuters reports.

Before the change, there were three categories that provided a path to sainthood: being killed for the faith (martyrdom), living a life heroically of Christian virtues and having a strong reputation for religious devotion. The process of becoming a saint begins after an individual's death.

According to the Vatican's official news service, the new category has five main criteria:

Archbishop Marcello Bartolucci, secretary of the Vatican Congregation for Saints' Causes, said that this is intended "to promote heroic Christian testimony, (that has been) up to now without a specific process, precisely because it did not completely fit within the case of martyrdom or heroic virtues," according to Catholic News Service.

The current categories are insufficient "for interpreting all possible cases," Bartolucci added.

The pope's letter announcing the new category is called "Maiorem hac dilectionem," which is taken from this passage in the Gospel of John: "Greater love than this no man hath, that a man lay down his life for his friends."

According to The Associated Press, "examples of people who might fall into that category include those who take the place of someone condemned to death or expectant mothers with fatal diseases who suspend treatment so their babies can be born."