Accessibility links
IOC Expects To Award Paris And Los Angeles 2024 And 2028 Olympics : The Two-Way Paris and Los Angeles are the only remaining contestants for 2024 after four other cities dropped out. The committee's decision means the 2024 loser can avoid mounting an arduous new bid for 2028. 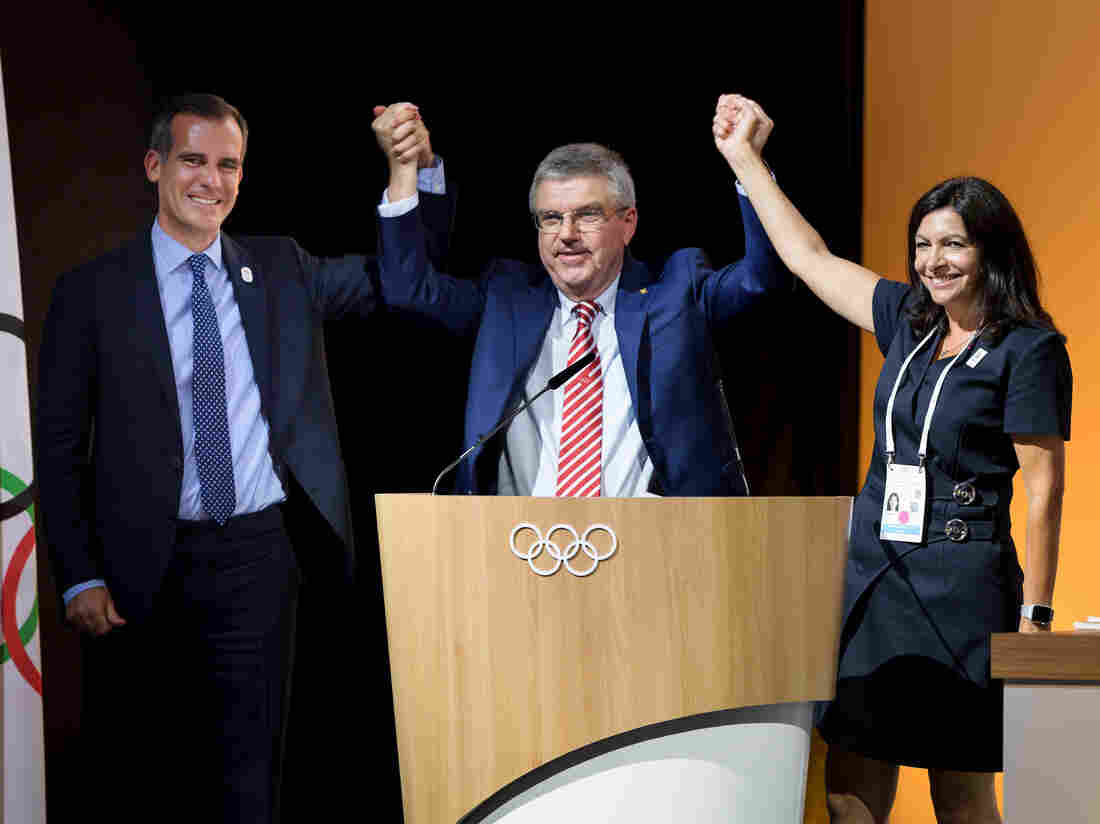 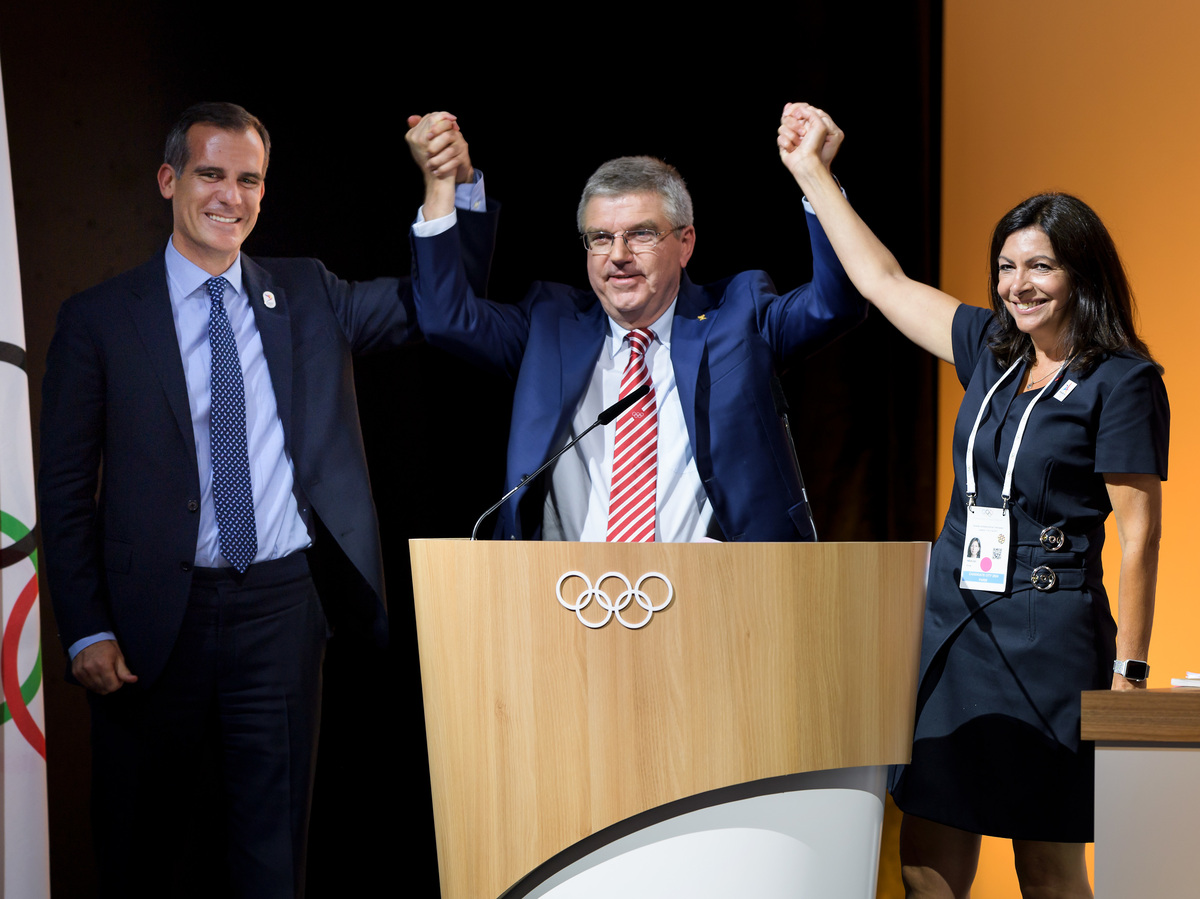 Los Angeles Mayor Eric Garcetti (from left), IOC President Thomas Bach and Paris Mayor Anne Hidalgo raise hands Tuesday in Lausanne, Switzerland, after the IOC voted the cities can work out a deal to host the 2024 and 2028 Olympics.

The International Olympic Committee decided Tuesday that Paris and Los Angeles can work out a deal to be awarded the 2024 and 2028 Summer Games.

The committee's members voted unanimously that it can award both Olympics at its next meeting in September and that a three-way deal can be brokered among the two cities and the IOC.

"With Los Angeles and Paris, there are two fantastic cities from countries with a profound Olympic history," Bach said, according to the Associated Press.

Paris and Los Angeles are the only remaining contestants in the 2024 contest, after Boston; Budapest, Hungary; Hamburg, Germany; and Rome all dropped out. If the parties can't reach a deal, the IOC will name a host city for only 2024 at its next meeting.

The cities and the IOC will undertake final negotiations in the coming weeks. Either or both of the cities would need to be willing to host the 2028 Games if not awarded the 2024 Games, Reuters reports.

The IOC's decision locks in two major world cities years in advance and means the city that loses 2024 can avoid going through an arduous campaign to bid for 2028. Paris lost recent bids to host the 2008 and 2012 games.

Paris has been pushing hard for the 2024 Games, which would mark 100 years since it last hosted the Olympics. The Los Angeles Times reports that LA is expected to agree to host the 2028 Olympics; it could ask for concessions, such as a larger share of IOC revenue, in return for waiting. Los Angeles has proposed using the city's existing venues, boasting that it would not need to build any new permanent facilities to host the games.

"We take nothing for granted," Garcetti told reporters at a news conference afterward, the Times reports. "Our job now is to work with the IOC, to forge a path forward for our city and for the future of this [Olympic] movement."

Garcetti said the Olympics "can't afford to lose the United States," the AP reports. The Washington Post has reported that NBC single-handedly pays for much of the games: The network accounted for 62 percent of the IOC's broadcast revenue at the Sochi Games in Russia in 2014. New York and Chicago lost their bids for the 2012 and 2016 Olympics.