Accessibility links
China Dispatches Troops To Djibouti To Set Up Its First Overseas Base : The Two-Way The move is historic for Beijing, which has aimed to project a presence in Africa: "This base will support China's navy to go farther afield," state-run media say, "and it is of great significance." 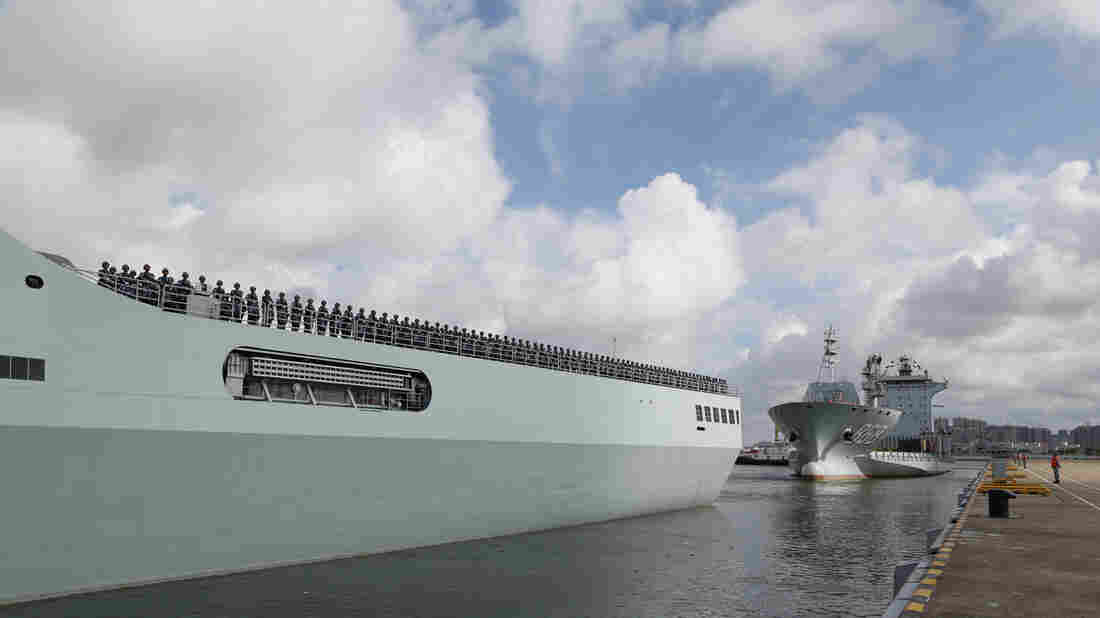 In this photo released by China's Xinhua News Agency, ships carrying Chinese military personnel depart a port in Zhanjiang. The country dispatched members of its military to Djibouti on Tuesday to man its first overseas military base. Wu Dengfeng/AP hide caption 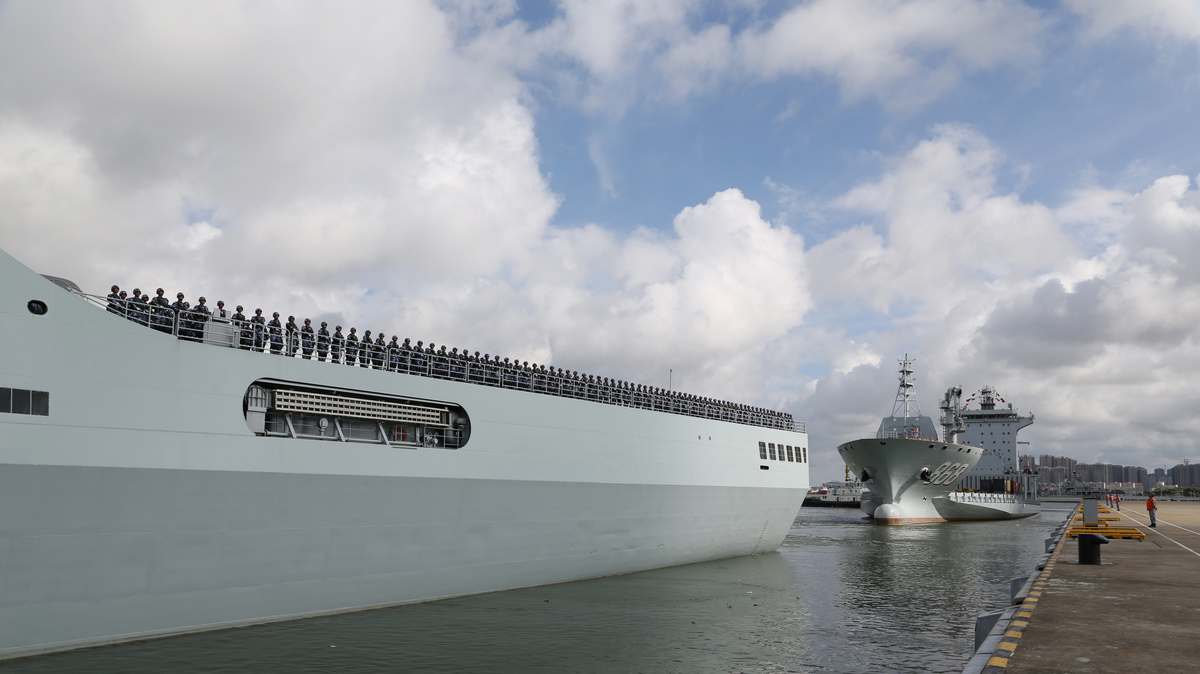 In this photo released by China's Xinhua News Agency, ships carrying Chinese military personnel depart a port in Zhanjiang. The country dispatched members of its military to Djibouti on Tuesday to man its first overseas military base.

China dispatched troops to set up its first military base overseas on Tuesday. After a ceremony in the southern port city of Zhanjiang, military personnel embarked on a voyage to the East African country of Djibouti to establish an outpost "conducive to China's performance of international obligations," state-run media report.

The base is generally intended to "assist China's contribution to peace and stability both in Africa and worldwide," according to the Xinhua News Agency.

Reuters reports that the small country, which is on the Horn of Africa, perched at the mouth of the Red Sea, already boasts U.S., French and Japanese military bases. In fact, as NPR's Renee Montagne noted when China broke ground on the base last year, the U.S. has its own major base in the same port city where China is establishing its military presence.

China Breaks Ground On Naval Base In Africa

China Breaks Ground On Naval Base In Africa

"Djibouti has two major advantages from a foreign military point of view," NPR's Gregory Warner told Renee. "They have a very friendly, peaceful government, and they have this location on a busy shipping route next-door to conflicts in Somalia and Yemen — a short flight to the Middle East without having to be based there."

While Beijing has been careful to downplay the base's significance, casting it as a focal point more for logistics than military maneuvers, an opinion piece in the state-run Global Times emphasizes its unprecedented nature.

"Firstly, it is indeed the People's Liberation Army's first overseas base; China will station troops there, and it is not a commercial resupply point," the paper writes. "Foreign public opinion focuses on the base for good reason; this base will support China's navy to go farther afield, and it is of great significance."

And, as Gregory noted last year, the expansion fits a recent pattern of Chinese investment on the continent — not only militarily, but also in terms of soft power:

"Africa, as a whole, I think has been demanding that China become more of a long-term partner. And China's been responding to that, showing that it's not just here to build roads and airports, but it's building jobs, building security.

"So we see a number of uncharacteristic moves by China in the last few years — first, dispatching a battalion of peacekeepers to a conflict in South Sudan. We see a tremendous investment in media on continent to tell that China story to Africans and more exchange programs for African students and engineers to go to China, something that the West used to offer but has decreased since Sept. 11.

"So China's naval base, while serving China's purposes first, is also part of that message to Africa, saying, 'We're here for the long-term.' "

China has not been shy with its money elsewhere either, promising tens of billions of dollars for an initiative Beijing calls One Belt, One Road — an attempt to create "a new Silk Road." One of the early fruits of that effort, a transcontinental train system linking China with Europe, rolled into London earlier this year.