Accessibility links
U.S. Challenges Hawaii Judge's Expansion of Relatives Exempt From Travel Ban : The Two-Way The Trump administration has asked the Supreme Court to block the lower court's ruling on "close family," which also says arrangements with refugee resettlement agencies are a path into the country. 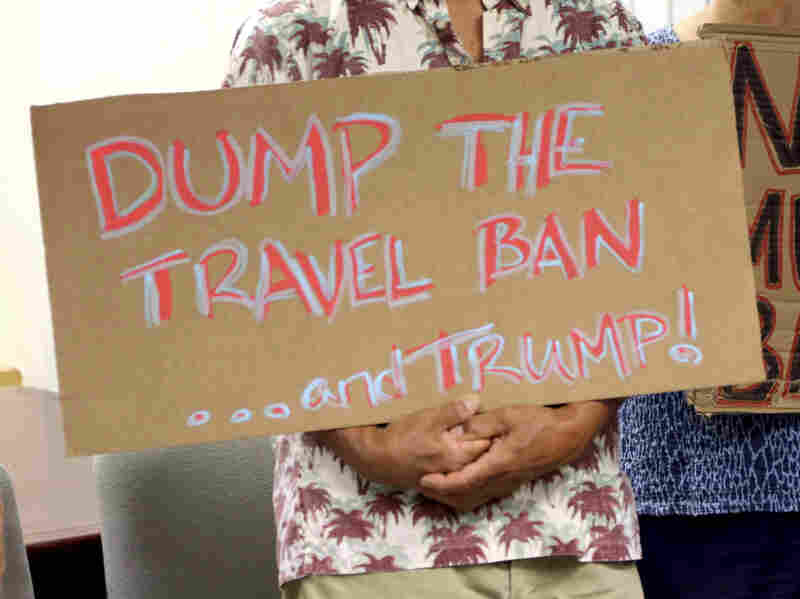 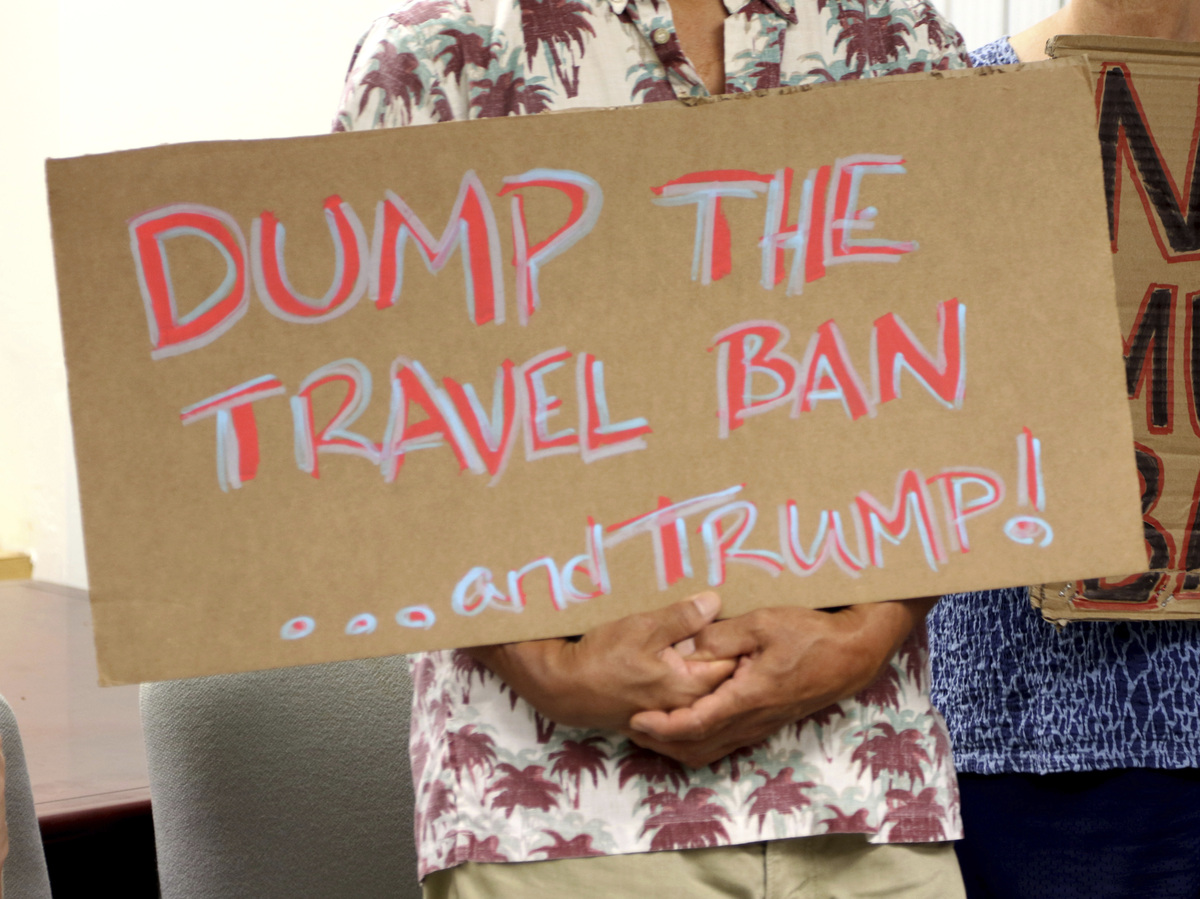 The Trump administration has filed a motion with the Supreme Court, asking for clarification of the justices' order upholding a version of the travel ban. The justices' order allowed the administration to restrict entry by people from six mostly Muslim countries, except for those who have what's judged to be a bona fide relationship with a person or entity in the United States, including close family members.

A federal judge in Hawaii this week expanded those relationships beyond what the Trump administration approves — grandparents, for example.

The filing with the Supreme Court says the lower court's expansion encompasses "virtually all family members," and "reads the term 'close' out of the (Supreme) Court's decision."

The administration asks either for a clarification of the court's meaning of close family, or a promise to rule on the question later, but with a stay of the Hawaii order in the meantime.

In an order issued late Thursday, Federal District Court Judge Derrick Watson not only added a list of relatives but also found that any refugees with ties to resettlement agencies in the U.S. that are preparing to receive them should be exempt from the travel ban.

That was another legal setback for President Trump's executive order that's been tied up in court for months.

The Supreme Court ruled in June that a scaled-back version of the ban on people seeking to travel here from Iran, Libya, Somalia, Sudan, Syria and Yemen could proceed. But the high court said it could not be enforced against those who have a "bona fide relationship" with people in the U.S.

The Trump administration said that would include parents, spouses, fiances, sons, daughters, sons-in-law, daughters-in-law or siblings. But the government excluded grandparents and grandchildren from its definition of "close family," along with brothers-in-law, sisters-in-law, aunts, uncles, nieces, nephews and cousins.

In his ruling, Judge Watson did not accept the administration's distinction.

Watson's order is also a win for refugee resettlement agencies. They argued that their relationship with refugees who have already been approved to travel to the U.S. should count as "bona fide" under the Supreme Court's order. Lawyers for the Trump administration argued otherwise, because the State Department acts as an intermediary until the refugee actually arrives in the U.S.

But the judge rejected the administration's argument.

"An assurance from a United States refugee resettlement agency, in fact, meets each of the Supreme Court's touchstones: it is formal, it is a documented contract, it is binding, it triggers responsibilities and obligations," Watson wrote. "Bona fide does not get any more bona fide than that."

Watson's decision could open the door for tens of thousands of additional refugees who have been approved for travel, but would have been barred from entry into the U.S under the travel ban. Earlier this week, the refugee program reached the cap of 50,000 refugees — not necessarily with family ties — for the 2017 fiscal year that was imposed by the executive order.

Thursday's ruling came in response to the state of Hawaii's request for an injunction against the Trump administration's enforcement of the ban on expanded family members and refugees.

In a statement, Hawaii Attorney General Douglas Chin said, "The federal court today makes clear that the U.S. Government may not ignore the scope of the partial travel ban as it sees fit. Family members have been separated and real people have suffered enough. Courts have found that this Executive Order has no basis in stopping terrorism and is just a pretext for illegal and unconstitutional discrimination. We will continue preparing for arguments before the U.S. Supreme Court in October."

In Washington, Attorney General Sessions released a statement saying, "once again, we are faced with a situation in which a single federal district court has undertaken by a nationwide injunction to micromanage decisions of the co-equal Executive Branch related to our national security." He said he wants the Supreme Court to "vindicate the rule of law and the Executive Branch's duty to protect the nation."