Accessibility links
Judge Throws Out Conviction Of Woman Who Laughed At Jeff Sessions : The Two-Way Desiree Fairooz faced up to a year in jail after she was found guilty of unlawful conduct on Capitol Grounds. But at her sentencing, the judge called for a new trial.

Judge Throws Out Conviction Of Woman Who Laughed At Jeff Sessions

Judge Throws Out Conviction Of Woman Who Laughed At Jeff Sessions 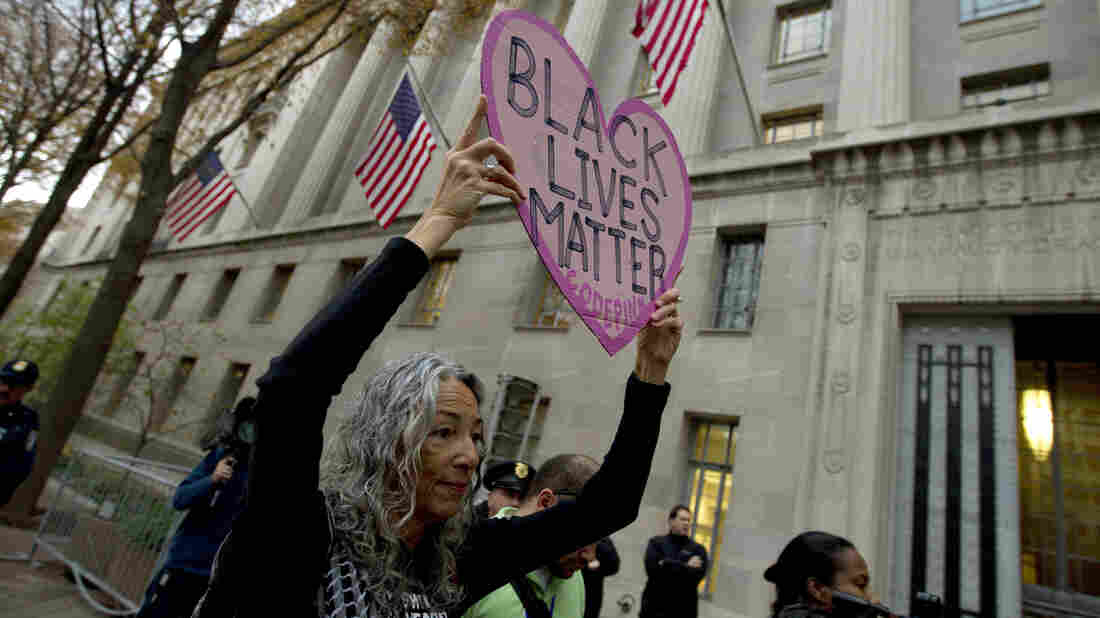 Desiree Fairooz holds up a sign during a protest against the shooting death of 18-year-old Michael Brown at the Department of Justice in Washington, D.C., in 2014. This January, Fairooz was arrested after laughing during the confirmation hearing for Jeff Sessions as attorney general. Jose Luis Magana/AP hide caption 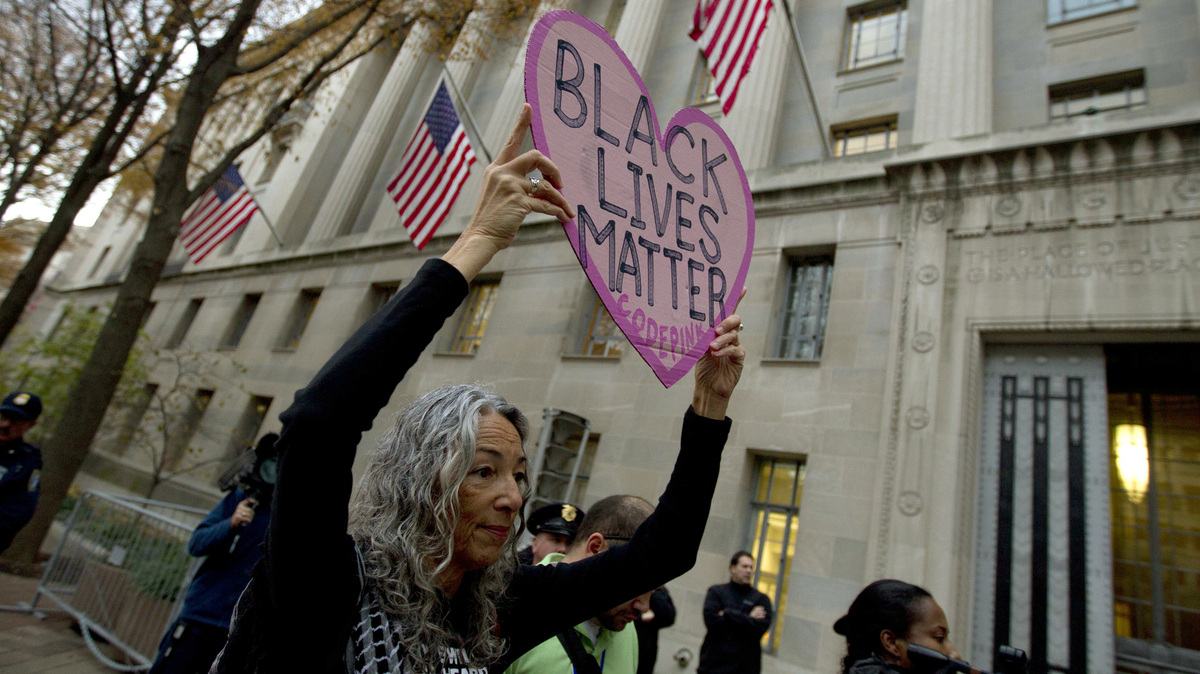 Desiree Fairooz holds up a sign during a protest against the shooting death of 18-year-old Michael Brown at the Department of Justice in Washington, D.C., in 2014. This January, Fairooz was arrested after laughing during the confirmation hearing for Jeff Sessions as attorney general.

Instead of sentencing a woman to jail time for laughing during Jeff Sessions' confirmation hearing, a D.C. judge threw out the woman's conviction and called for a new trial.

Desiree Fairooz says her laughter during the attorney general's confirmation hearing in January was involuntary. (She was reacting to an assertion that Sessions treats all Americans equally.) Fairooz, who is an activist with the Code Pink organization, then protested as she was physically removed from the hearing. In May, she was convicted by a jury of disorderly, disruptive conduct and obstructing passage on U.S. Capitol grounds.

The charges carried up to a year in prison and a fine of up to $2,000. Two other protesters at Sessions' hearing faced similar charges.

But on Friday, the D.C. Superior Court judge overseeing Fairooz's sentencing called for a new trial instead.

Another protester escorted out of Sessions hearing. Her original offense appeared to be simply laughing. pic.twitter.com/p6lWzBVFRW

Ryan Reilly of the Huffington Post reports that Chief Judge Robert Morin decided that the government improperly argued that Fairooz's laugh alone — not her reaction to being removed from the courtroom — would be enough to find her guilty. Reilly reports:

"Morin said it was 'disconcerting' that the government made the case in closing arguments that the laughter in and of itself was sufficient.

" 'The court is concerned about the government's theory,' Morin said. He said the laughter 'would not be sufficient' to submit the case to the jury, and said the government hadn't made clear before the trial that it intended to make that argument."

According to D.C. court records, a hearing date has been set for Sept. 1.

Back in May, member station WAMU reported on the Jan. 10 exchange that led to the charges against Fairooz:

"While speaking in support of Sessions, Senator Richard Shelby (R-Ala.) said that his Senate colleague's 'extensive record of treating all Americans equally under the law is clear and well-documented.'

"At that line, Fairooz let out two snorts of laughter.

"Fairooz, a retired Arlington County children's librarian, was sitting in the audience with five other activists, all dressed in pink Lady Liberty costumes. They were from Code Pink, a left-wing social justice organization. Before the hearing began, a Capitol Police officer had warned the group to stay quiet and keep their protest signs down. Fairooz said she complied with the order.

" 'I let out an involuntary laugh, or more of a chortle of disdain,' in response to Shelby's statement, Fairooz told WAMU. 'We were not warned not to laugh.'

A previous version of this post indicated a trial date was set for Sept. 1; in fact, a hearing is set for that day.