Accessibility links
New Jersey Museum Holds A Stash Of 221-Year-Old Madeira Wine : The Two-Way As it was doing an inventory of its wine cellar, the Liberty Hall Museum in New Jersey came across some eye-popping labels: "Imported 1796." The wine was ordered to celebrate John Adams' presidency. 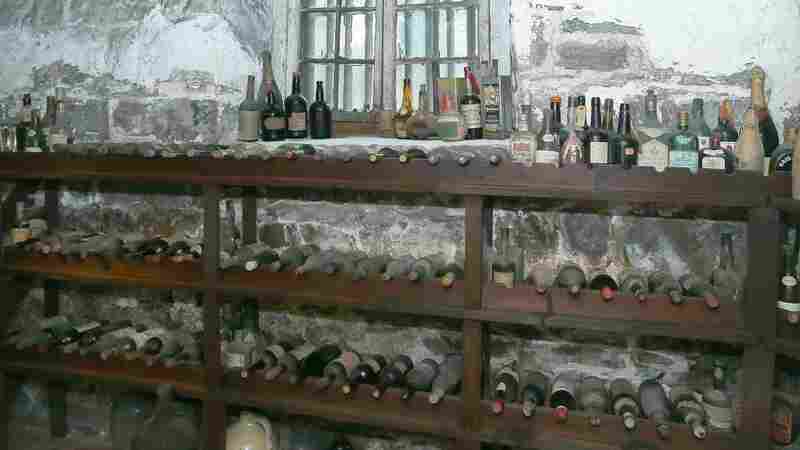 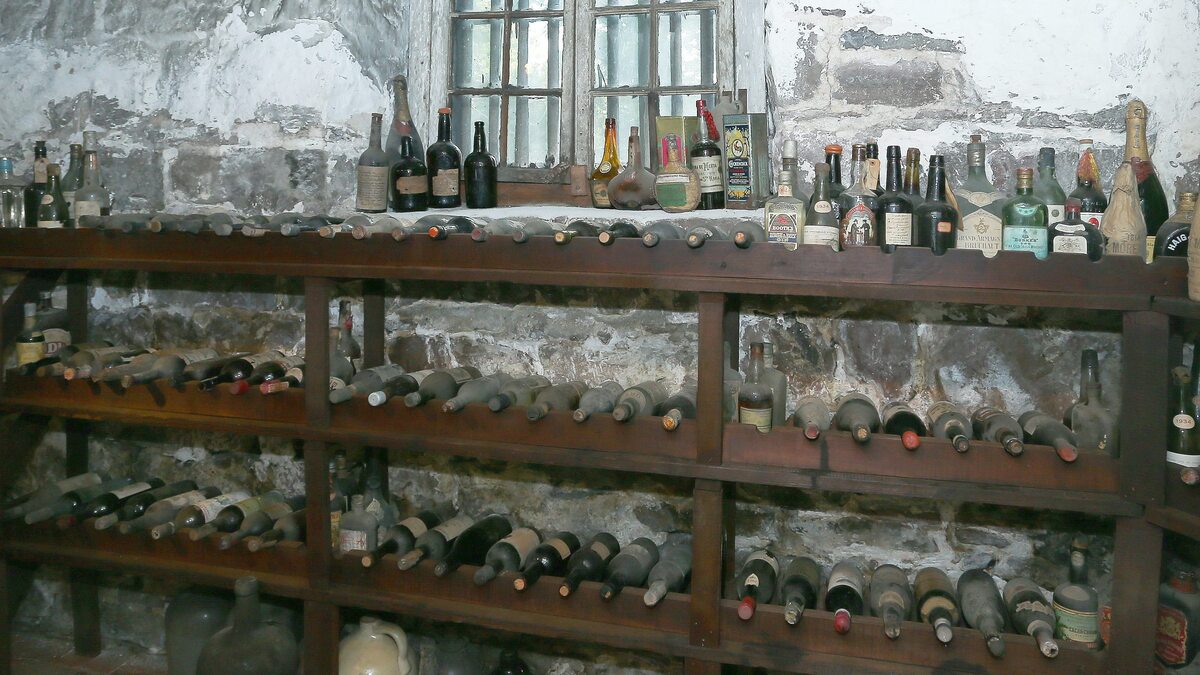 When the Liberty Hall Museum started to inventory its wine cellar, the museum found bottles of Madeira wine imported as early as 1796.

Courtesy of the Liberty Hall Museum

The museum's wine cellar includes several cases of Madeira wine that were imported as long ago as 1796. The museum says some of the Portuguese wine was ordered to celebrate the presidency of John Adams, the second president, who took office in 1797.

The Liberty Hall Museum is a grand old home that was inhabited by two prominent New Jersey families for generations before it was converted into a museum.

"It has 50 rooms and lots of stuff in it," Bill Schroh, the director of operations at Liberty Hall Museum, tells All Things Considered. One of those rooms was the wine cellar, which had never been properly inventoried. So last year, the museum started sorting through the stockpile — which involved first knocking down a wall that was probably built during Prohibition, the Star-Ledger reports.

Then the museum staff found cases that were nailed shut. "We figured out they'd been nailed shut for about a hundred years," Schroh says.

And inside that, bottle after bottle of Madeira wine. There were very clear labels — saying things like "imported by the late Robert Lenox, Esq., via Philadelphia, in 1796." 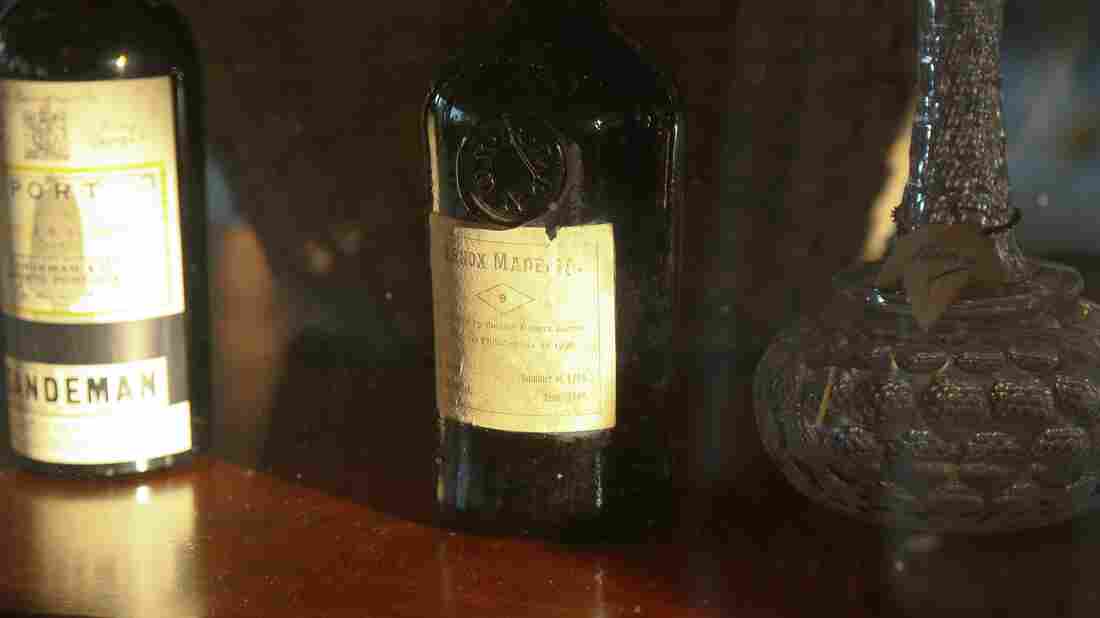 Madeira, the fortified wine imported from the Portuguese island of the same name, was a popular beverage for the wealthy elite in 18th-century America. Courtesy of Liberty Hall Museum hide caption 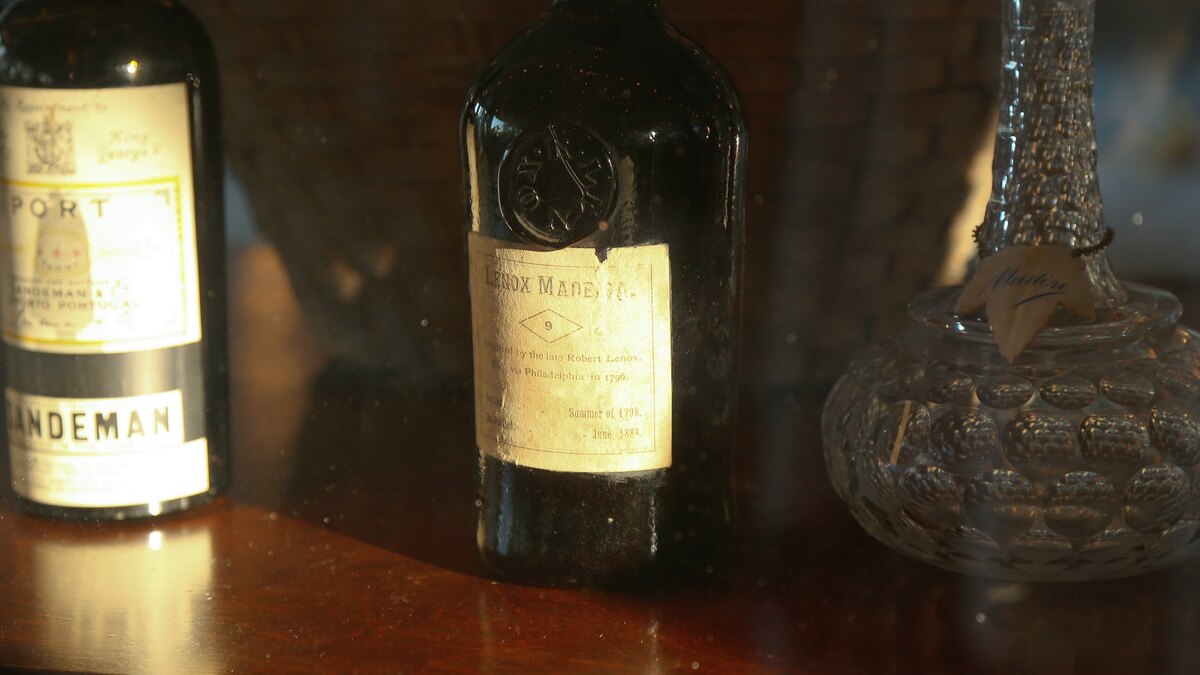 Madeira, the fortified wine imported from the Portuguese island of the same name, was a popular beverage for the wealthy elite in 18th-century America.

Madeira was a popular beverage for elites in colonial and early America (George Washington was a noted fan, as was Chief Justice John Marshall). And Lenox was a banker and financier who would import Madeira in barrels or large bottles called demijohns, and then bottle and label it once it arrived, Schroh explains.

The value of the museum's Madeira collection has not been revealed. But according to Christie's, two bottles of 1795 Madeira sold in 2016 for nearly $10,000 apiece.

The museum has determined that the Kean family, which was living in Philadelphia at the time, purchased at least some of the bottles to celebrate John Adams' election. When the family moved to New Jersey in the early 19th century, the Madeira went with them.

Most wine would have long turned to vinegar after so much time in storage. But Madeira is a fortified wine that's exceptionally long-lasting — one reason it was so popular in the 18th century.

"From the research we've done," Schroh says, "as long as the cork is not wet and the wax seal ... is not broken, there's a good chance that it might still be decent-tasting Madeira."

"A lot of our bottles are still perfectly wax-sealed and corked," he said.

Madeira, A Wine for the Ages

Madeira, A Wine for the Ages

The oldest Madeira hasn't been opened yet, Schroh says. But John Kean, a descendant of the Kean family, got to taste a younger sample — a mere 147 years old — and said it tasted like sherry, according to CNN.

The Madeira was uncovered by the museum last year. The discovery was little-noticed in America — although the press in Portugal, where Madeira wine originates, paid close attention, Schroh says.

This month, on the Fourth of July, the museum highlighted the historically significant bottles in its collection, and the American press took notice.

If you visit the museum today, you can see the old bottles in the Liberty Hall wine cellar. Beyond that, however, the fate of the wine has not yet been determined, Schroh says.