Accessibility links
In Wimbledon Finals, Venus Williams And Roger Federer Could Set Age Records : The Two-Way Either star could be the oldest Wimbledon winner of the Open era, and Williams could claim oldest Grand Slam title. Williams, 37, faces off with Garbine Muguruza; Federer, 35, plays Marin Cilic. 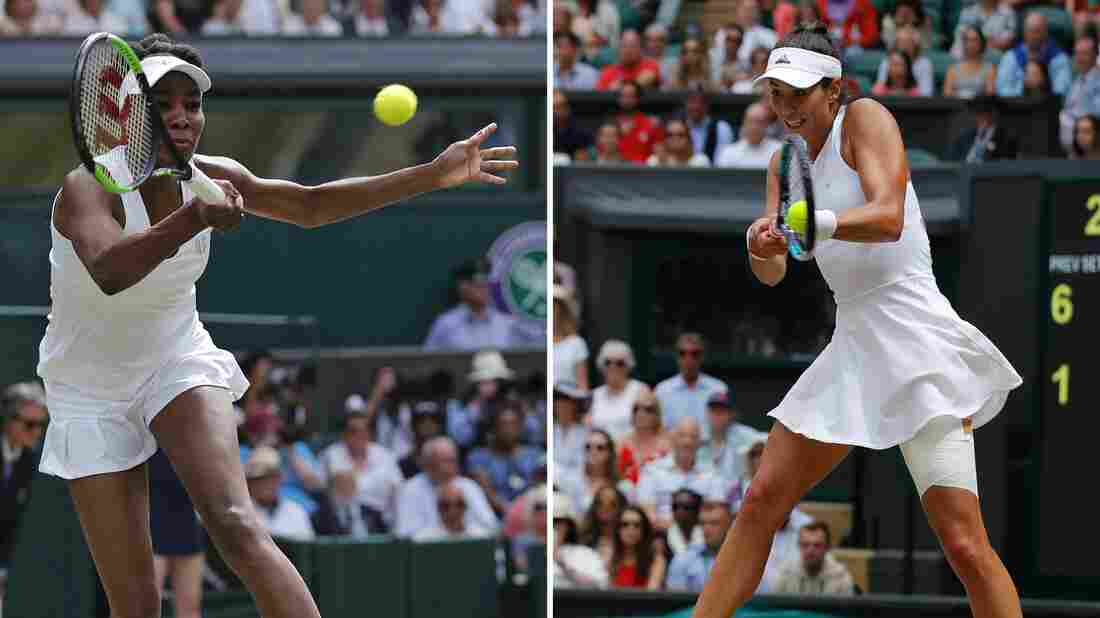 Venus Williams and Spain's Garbine Muguruza each compete in the 2017 Wimbledon Championships at The All England Lawn Tennis Club in Wimbledon, southwest London. Williams will face Muguruza in the women's singles final on Saturday. Adrian Dennis and Frank Augstein/AFP/Getty Images hide caption 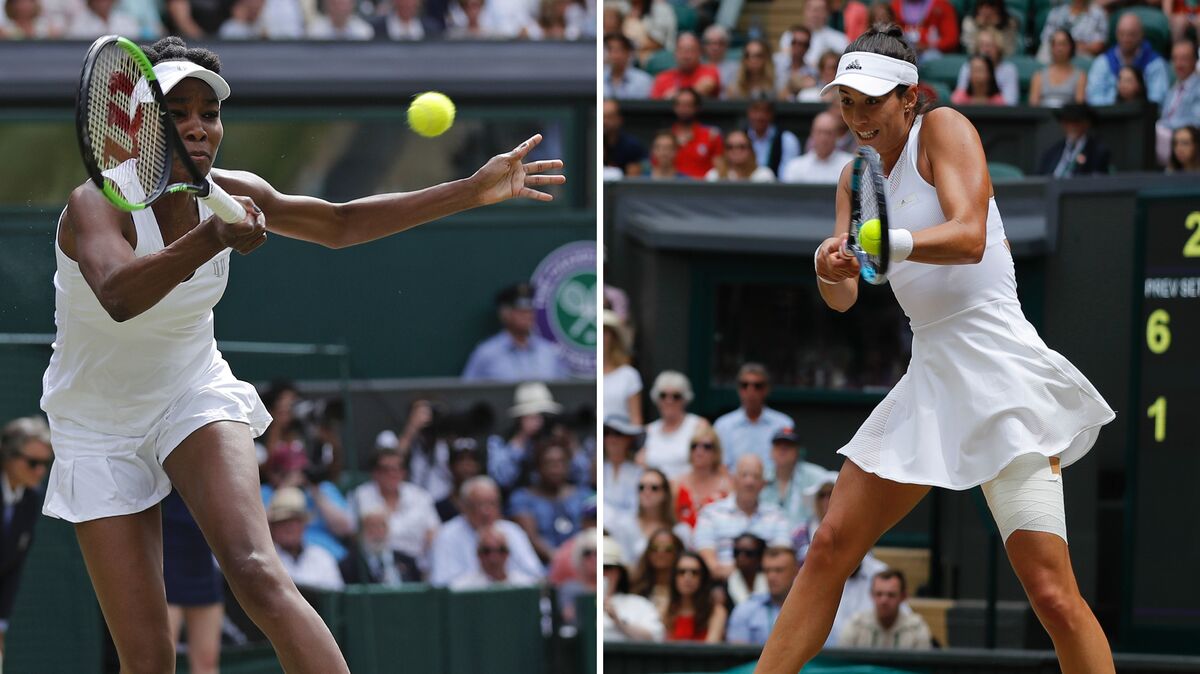 Venus Williams and Spain's Garbine Muguruza each compete in the 2017 Wimbledon Championships at The All England Lawn Tennis Club in Wimbledon, southwest London. Williams will face Muguruza in the women's singles final on Saturday.

Venus Williams is facing off with Garbine Muguruza of Spain in the Wimbledon Final on Saturday.

If Williams, 37, takes home the championship, she'll become the oldest woman to win a Grand Slam title in the Open era — surpassing her sister Serena Williams for the honor.

Meanwhile, on the men's side, Roger Federer will meet Marin Cilic of Croatia. If Federer, 35, wins, he'll be the oldest Wimbledon champ (though not the oldest Grand Slam champ) of the era.

The Williams sisters and Federer, along with Rafael Nadal, have changed the face of tennis in a way that is "almost unheard of," as FiveThirtyEight reported in January. Instead of fading away, they're remaining dominant as the years tick by — raising the overall age of tennis champions as they go.

Venus Williams' impressive performance comes after a battle with an auto-immune disease. And, as Reuters notes, she's heading into the final "an almost unthinkable 17 years after her first" Wimbledon title.

"Williams will face Garbiñe Muguruza, 23, who had little trouble dispatching Magdalena Rybarikova 6-1, 6-1, on the strength of a reliable first serve and profitable ventures to the net: Muguruza won 18 of the 24 points in which she approached the net."

Williams is playing for her 6th Wimbledon title and 8th Grand Slam title. Muguruza has one title to her name, the 2016 French Open.

The Associated Press had this to say about Federer's face-off with Cilic on Sunday:

"This is Federer's second major final of 2017. After losing in the Wimbledon semifinals last year, he took the rest of 2016 off to let his surgically repaired left knee heal. He came back fit and refreshed and won the Australian Open in January for his record-extending 18th Grand Slam title and first anywhere in 4½ years. ...

"[Cilic and Federer] met in the Wimbledon quarterfinals last year, when Cilic took the opening two sets and even held a match point before Federer came all the way back to win, improving to 6-1 head-to-head. ...

" 'I still know that it's a big mountain to climb,' Cilic said. 'Roger is playing maybe (some) of his best tennis of his career at the moment.' "

Federer has 18 Grand Slam titles, including seven at Wimbledon. Silic has one, the 2014 U.S. Open.