Accessibility links
At Least 3 Killed, 12 Injured In High-Rise Fire In Honolulu : The Two-Way More than 100 firefighters responded to the fire, which spread to three floors of the 36-story Honolulu apartment building. The building did not have a sprinkler system.

At Least 3 Killed, 12 Injured In High-Rise Fire In Honolulu

At Least 3 Killed, 12 Injured In High-Rise Fire In Honolulu 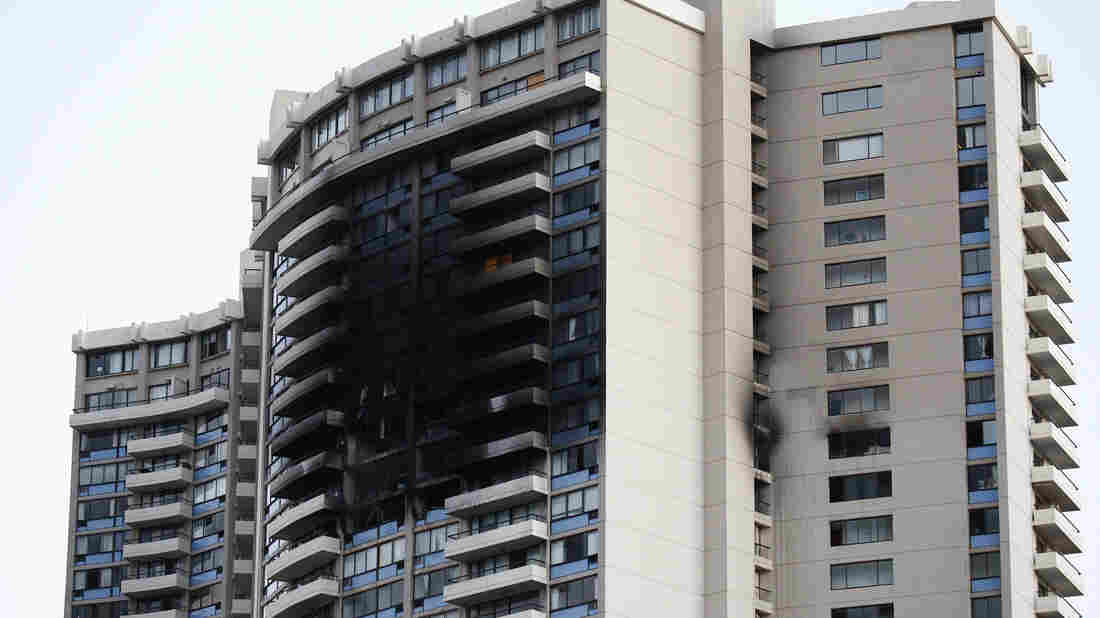 The exterior of the Marco Polo building in Honolulu is left charred after a fire broke out on Friday. Kent Nishimura/AFP/Getty Images hide caption 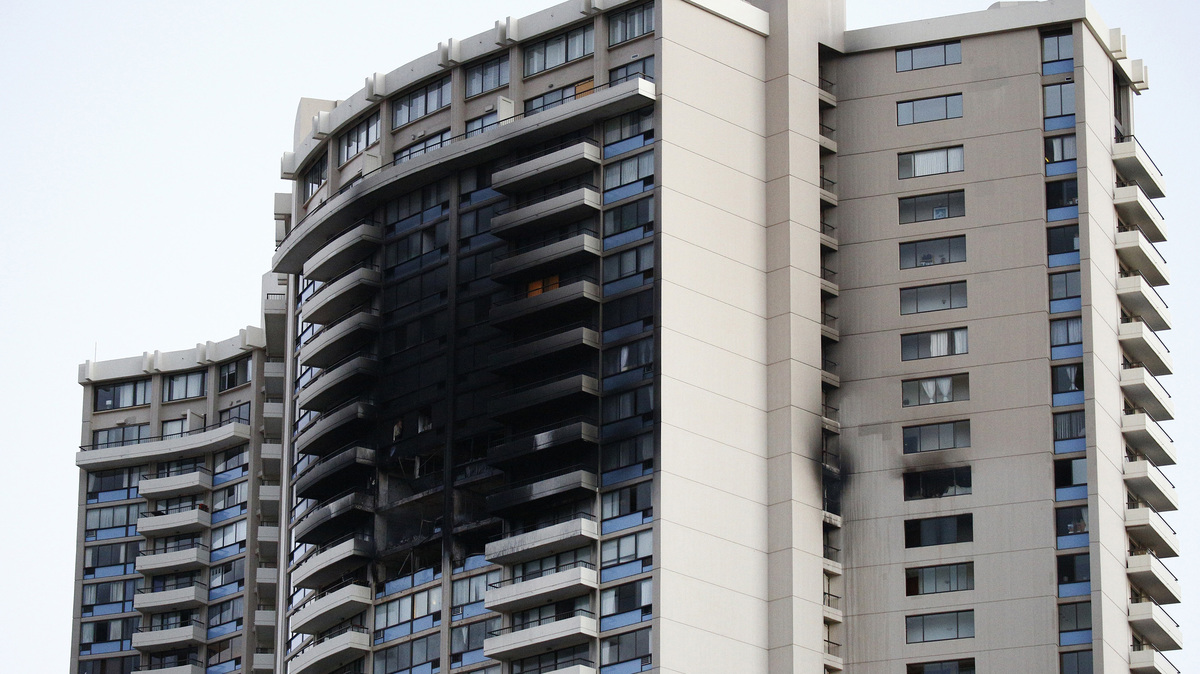 The exterior of the Marco Polo building in Honolulu is left charred after a fire broke out on Friday.

At least three people are dead and 12 injured after a large fire broke out in a high-rise condominium in Hawaii on Friday.

More than 100 firefighters responded to the five-alarm fire in the 36-story Marco Polo apartment complex in Honolulu.

A dozen people were treated for smoke inhalation and at least two were hospitalized, Hawaii Public Radio's Bill Dorman reports.

The fire started around 2:15 p.m. on the building's 26th floor, according to Hawaii's KHON2, and spread to at least two floors above it before fire officials said it had been contained a little more than four hours later. Rescuers found the three bodies on the 26th floor.

"This lady's voice, I'm not kidding you. I'm trembling. She's like 'help me, help me,' and I couldn't see her because the smoke was so dark," resident Teresa Sommerville told the station.

Video on social media shows thick black smoke pouring from the middle of the building.

Mike Goodlander sent in this video of the building fire at the Marco Polo.

During a news conference, Fire Chief Manuel Neves confirmed that the building did not have a sprinkler system. The building was built in 1971, according to The Associated Press, before sprinklers were required in construction. The building has more than 500 apartment units.

"Without a doubt, if there were sprinklers in this apartment, the fire would be contained to the unit of origin," the fire chief told reporters. He said the fire department only evacuated people in units near the fire.

About 50 residents later gathered at a nearby shelter, the AP reports.

The cause of the fire is under investigation.

The massive fire in London's Grenfell Tower, which killed at least 79 people last month, highlighted the danger of fires in high-rise apartment buildings. Authorities in the U.K. later evacuated hundreds of apartments over fears of building material flammability.