Accessibility links
Brides Scramble For Dresses And Information After Alfred Angelo Stores Close Abruptly : The Two-Way The lawyer handling the bankruptcy case says she has received more than 7,000 emails from customers. Former brides are offering free dresses and tips — such as the phone numbers of seamstresses. 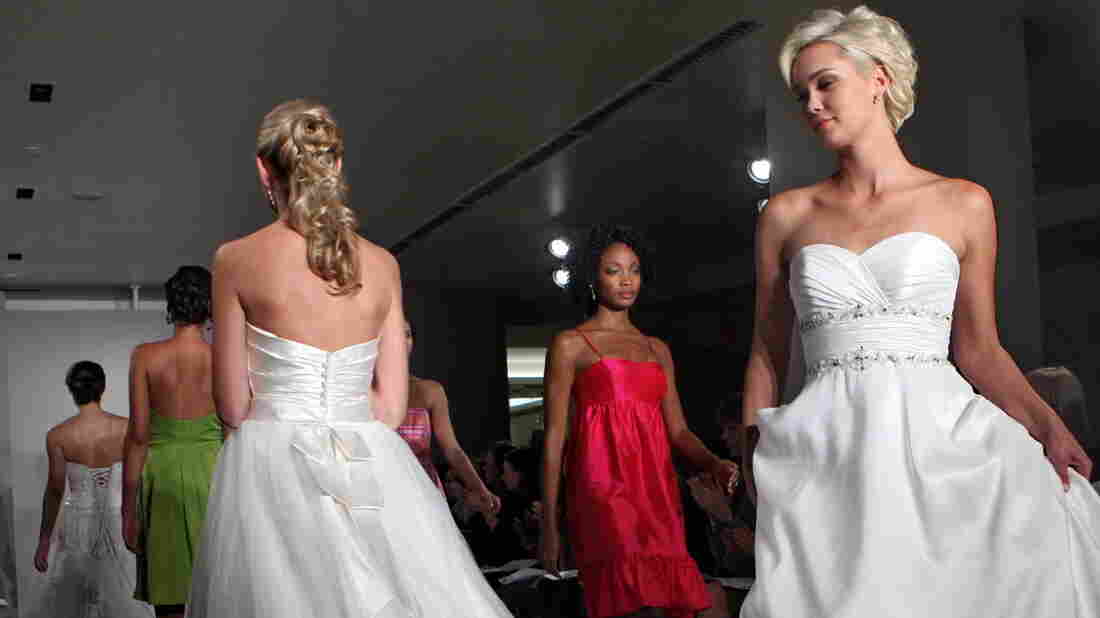 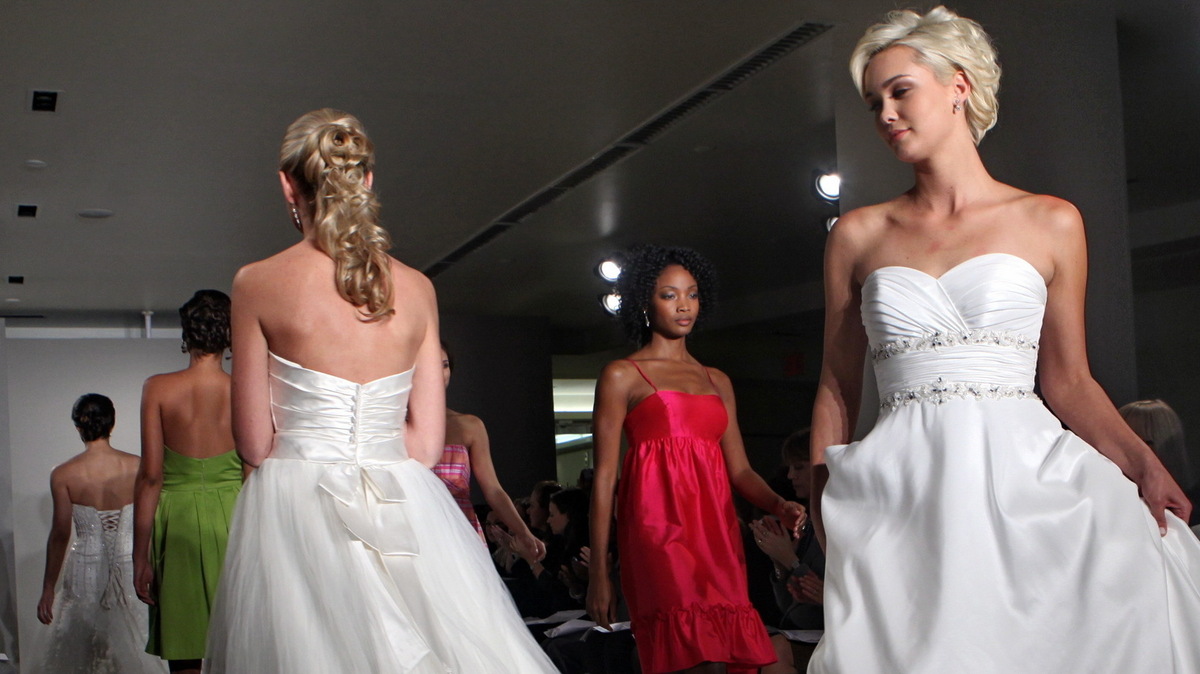 Alfred Angelo filed for Chapter 7 bankruptcy after closing dozens of its stores, leaving brides and bridesmaids struggling to get dresses they've paid for.

Days after dozens of Alfred Angelo Bridal stores closed with little or no warning, brides and their loved ones have been struggling to track down dresses they've paid for — and making contingency plans if they can't find them.

Alfred Angelo reportedly closed all of its 61 bridal stores at the end of business Thursday night as part of its plan to file for bankruptcy, infuriating customers and leaving employees in the lurch. The lawyer handling the case says she has received more than 7,000 emails about it.

To help those who might not get their dresses, some former brides are now offering up dresses for free — and member station KPCC in Southern California is using the #dressmatchmaker hashtag to orchestrate dress exchanges.

KPCC reports from the scene of the West Covina location:

"[Employees] would not speak to reporters, but told a group of worried customers to contact the law firm listed on the door and that the company had not paid them for work this week.

"Local brides and bridesmaids milled in front of the store for hours, each one peering nervously through the windows and knocking on the glass. Many said their dresses were inside the store and already paid for. No information was available on whether dresses would be shipped to customers or if refunds would be given out."

In the face of a desperate need for information, there's been no mention of the closings on the Alfred Angelo website or social media accounts. Its "customer care" account hasn't tweeted since July 5.

The Miami bankruptcy lawyer who's handling the case for Alfred Angelo is Patricia Ann Redmond; she told The Miami Herald that she's received "about 7,300 emails" since Thursday.

It is Redmond's email address, not one belonging to the bridal retailer, that is on notices that were taped to the front doors of stores that were shut down this week. Redmond said she wanted it that way, to be sure customers got a response.

"I've been prioritizing them by the dates of their weddings," Redmond said.

Faced with looming wedding dates, brides, their mothers and other members of wedding parties are using Alfred Angelo's Facebook page to discuss how to retrieve dresses they've already paid thousands of dollars to purchase. The hottest tips relate to the names and phone numbers of third-party seamstresses who've been working to alter dresses — and who might be able to unite dresses and their recipients.

"Wow, I'm in a wedding in October and the bride and ALL the bridesmaids have already paid for their Alfred Angelo Bridal dresses," Sara Cretser wrote on the Facebook page, "and now we are left with no dresses and no refund."

Employees at Alfred Angelo's store in Tulsa, Okla., opened on their own Friday morning to help people get their dresses, several customers on the store's Facebook page said. A bride-to-be said the store's staff is treating any dresses that were under deposit to be fully paid — and that they're using FedEx to ship out dresses.

"I would like to say thank you to the staff at the Tulsa Oklahoma location, they didn't have to be here today to take care of all the people that bought dresses," Maegan Alyssa Fletcher wrote, adding that the employees aren't likely to be paid for their work.

Others who weren't so lucky shared another strategy: going to a competitor (several are offering discounts to Alfred Angelo's customers) — and contacting credit card companies to try to claw back payments.

Bridesmaid Natalie Buck, who's in a wedding in October, told KPCC that when she called Visa about the situation, "They said that if the company doesn't follow through then they will give me my money, and they will go after Alfred Angelo."

Alfred Angelo is based in Delray Beach, Fla., north of Boca Raton. The company has been in business for some 80 years — but it has now filed for Chapter 7 bankruptcy, which means it wants to liquidate its assets and go out of business rather than seek to restructure its debt. Under that plan, any creditors would be left to split whatever proceeds are collected from selling the company's assets.

In addition to bankruptcy proceedings, the South Florida Business Journal reports that the bridal chain's headquarters are also the subject of an eviction lawsuit.