Accessibility links
Seoul Seeks New Talks With North Korea, Hoping To Tamp Down Tensions : The Two-Way It's the first major overture under new South Korean President Moon Jae-in, who has promised greater openness with Pyongyang. The proposal aims to de-escalate hostility near the inter-Korean border. 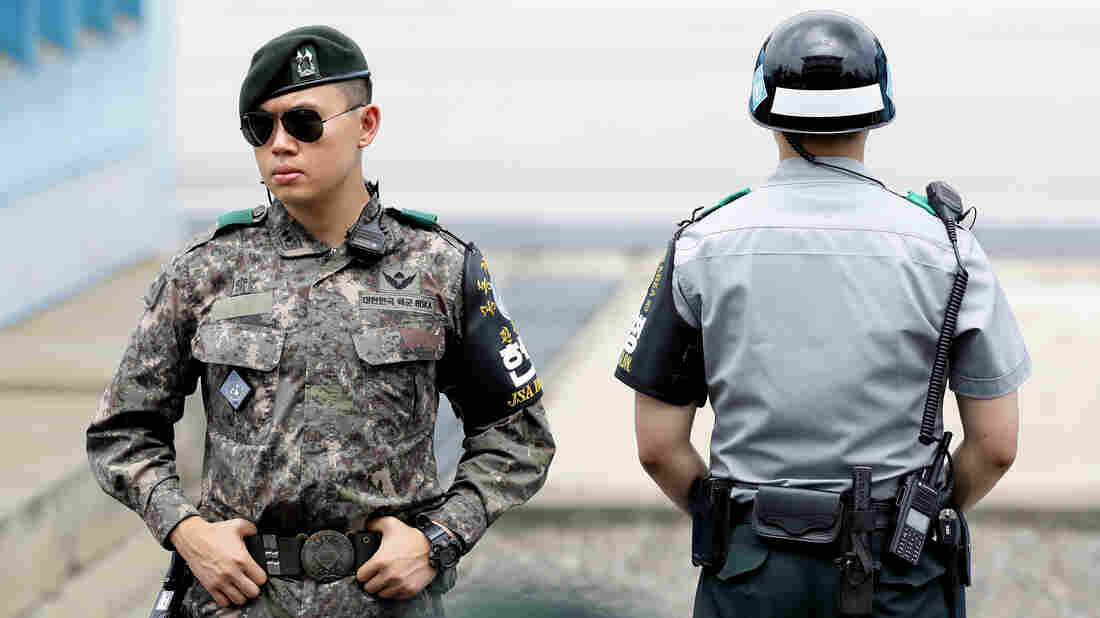 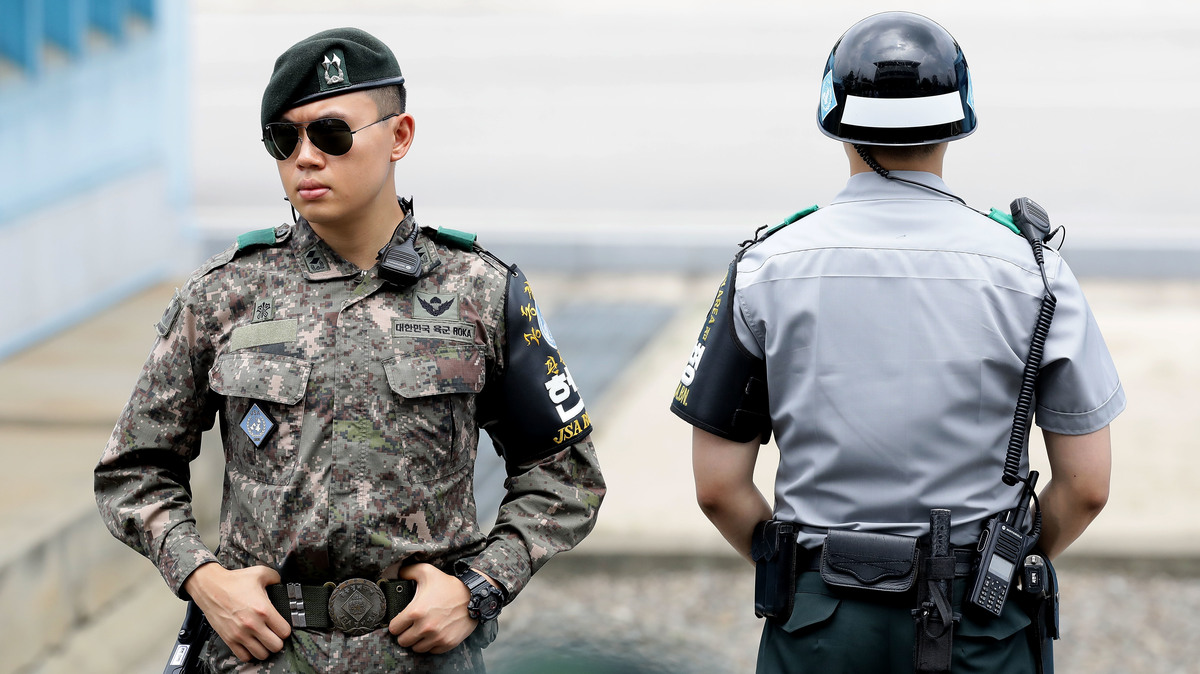 South Korean soldiers stand guard at the village of Panmunjom, on the border shared by South and North Korea, last week. On Monday, Seoul proposed opening new talks to defuse escalating tensions along the border.

The South Korean government made a rare formal overture to its counterpart in the North on Monday, proposing that the longstanding rivals open new military talks along their shared border. It is the first such offer under South Korea's new president, Moon Jae-in, who signaled his willingness to talk with Pyongyang during his campaign earlier this year.

"We make the proposal for a meeting ... aimed at stopping all hostile activities that escalate military tension along the land border," the country's defense ministry said in a statement, according to the Agence France-Presse news service.

The proposed talks — which would be held Friday in the border town of Panmunjom, if accepted — would be the first face-to-face meeting between the two sides since 2015. They would also come roughly two weeks after North Korea conducted its latest missile test this year, launching an intercontinental ballistic missile that landed in the Sea of Japan.

"Testing an ICBM [intercontinental ballistic missile] represents a new escalation of the threat to the United States, our allies and partners, the region and the world," Secretary of State Rex Tillerson said in a statement shortly after the test. "Global action is required to stop a global threat."

The South Korean defense ministry did not clarify what would be on the agenda or which officials would be at the meeting, "apparently for some flexibility," the news agency Yonhap reports.

The country's Red Cross also wants to open talks of its own "to discuss restarting reunions between families separated by the Korean War," NPR's Elise Hu notes. "The last such reunions were nearly two years ago."

Those talks would be held on Aug. 1, also in Panmunjom — that is, if Pyongyang accepts.

"So far," Elise adds, "the North has not responded to the offer from Seoul."

Later this month, both rivals will mark the 64th anniversary of the armistice agreement that brought an end to the Korean War.