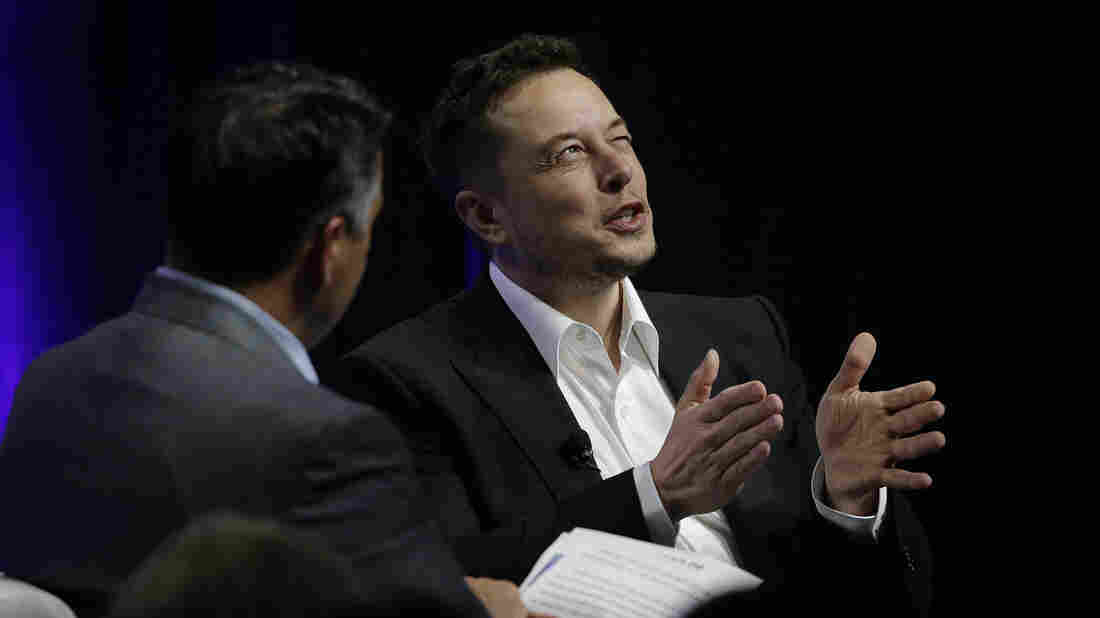 Tesla and SpaceX CEO Elon Musk responds to a question by Nevada Republican Gov. Brian Sandoval during the third day of the National Governors Association's meeting on Saturday in Providence, R.I. Among other things, Musk warned governors that artificial intelligence poses a "fundamental risk to the existence of human civilization." Stephan Savoia/AP hide caption 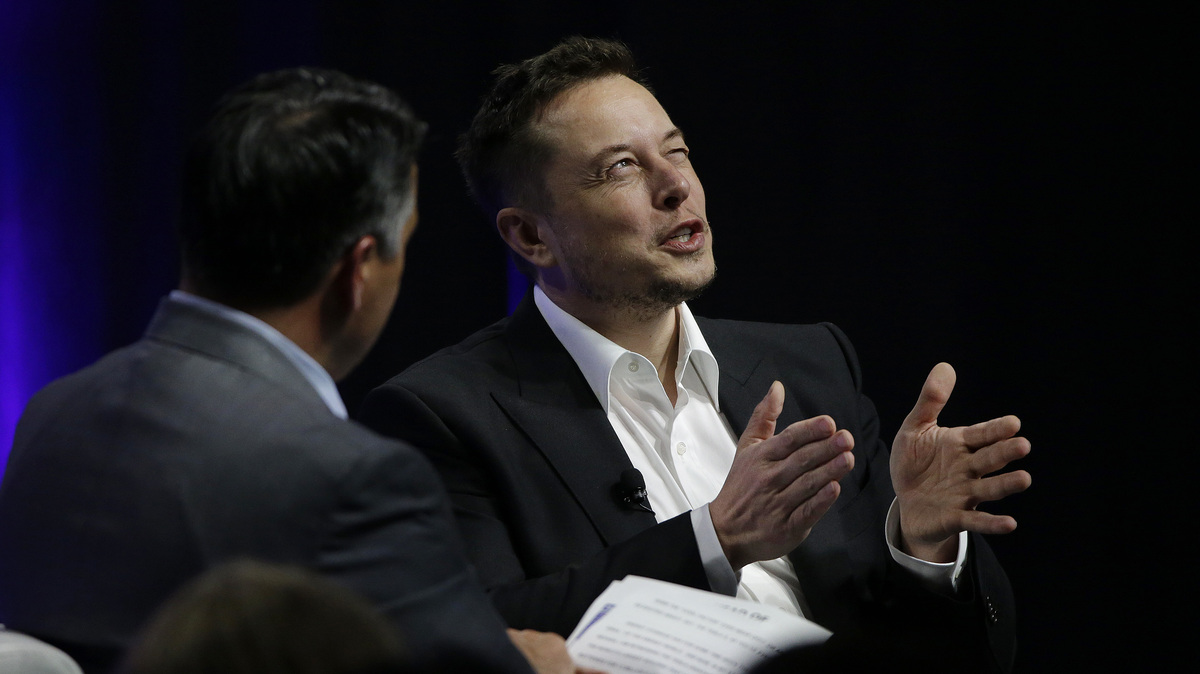 Tesla and SpaceX CEO Elon Musk responds to a question by Nevada Republican Gov. Brian Sandoval during the third day of the National Governors Association's meeting on Saturday in Providence, R.I. Among other things, Musk warned governors that artificial intelligence poses a "fundamental risk to the existence of human civilization."

At the bipartisan National Governors Association in Rhode Island, Musk also spoke about energy sources, his own electric car company and space travel. But when Gov. Brian Sandoval of Nevada, grinning, asked if robots will take everyone's jobs in the future — Musk wasn't joking when he responded.

Yes, "robots will do everything better than us," Musk said. But he's worried about more than the job market.

"AI is a fundamental existential risk for human civilization, and I don't think people fully appreciate that," Musk said. He said he has access to cutting-edge AI technology, and that based on what he's seen, AI is "the scariest problem."

Musk told the governors that AI calls for precautionary, proactive government intervention: "I think by the time we are reactive in AI regulation, it's too late," he said.

He was clearly not thrilled to make that argument, calling regulation generally "not fun" and "irksome," but he said that in the case of AI, the risks are too high to allow AI to develop unfettered.

"I think people should be really concerned about it," Musk said. "I keep sounding the alarm bell."

It's true: For years, Musk has issued Cassandra-like cautions about the risks of artificial intelligence. In 2014, he likened AI developers to people summoning demons they think they can control. In 2015, he signed a letter warning of the risk of an AI arms race.

Musk has invested in a project designed to make AI tech open-source, which he asserts will prevent it from being controlled by one company. And earlier this year, Maureen Dowd wrote a lengthy piece for Vanity Fair about Musk's "crusade to stop the A.I. apocalypse." Dowd noted that some Silicon Valley leaders — including Google co-founder Larry Page — do not share Musk's skepticism, and describe AI as a possible force for good.

Critics "argue that Musk is interested less in saving the world than in buffing his brand," Dowd writes, and that his speeches on the threat of AI are part of a larger sales strategy.

Back at the governors conference, some politicians expressed skepticism about the wisdom of regulating a technology that's still in development. Musk said the first step would be for the government to gain "insight" into the actual status of current research.

"Once there is awareness, people will be extremely afraid," Musk said. "As they should be."