Accessibility links
British Polar Guides Get Hitched In Antarctica : The Two-Way It's said to be the first official wedding in Antarctic territory claimed by the U.K. They took photos outside in 15 degree temperatures after the ceremony, and then zipped away in a sno-cat vehicle. 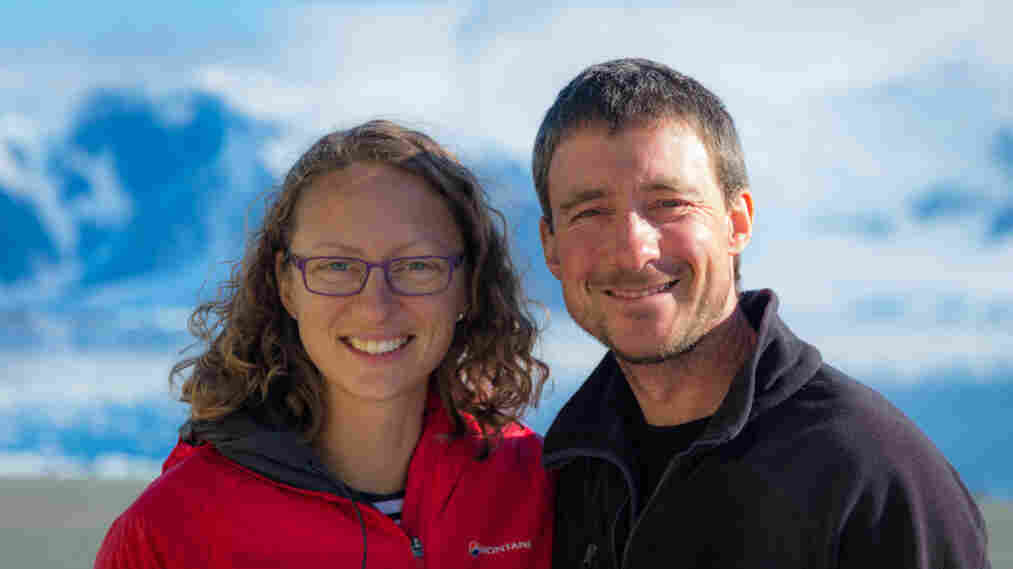 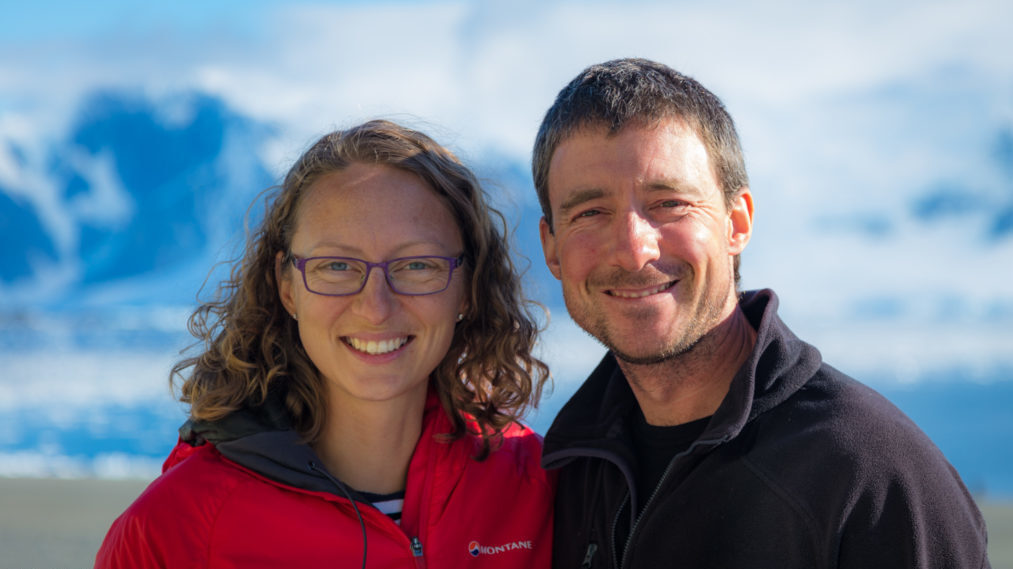 From one of the coldest places on Earth comes a heartwarming love story.

A pair of polar field guides got married over the weekend at a British research station, and the British Antarctic Survey says it's the first official wedding in Antarctic territory claimed by the U.K.

The bride, Julie Baum, fashioned the skirt of her dress out of an "old orange pyramid tent," according to the BAS. The groom, Tom Sylvester, crafted the brass wedding rings at the Rothera Research Station's metal workshop.

"A two-day celebration, began on Saturday with a champagne breakfast, brought much excitement and joy to the team that is currently living and working in freezing temperatures with limited daylight and 30 miles per hour wind gusting over the station," the BAS said.

So excited to share pics from #wedding of Julie & Tom in #Antarctica, the first in the British Antarctic Territoryhttps://t.co/ejjS8s3m0Q pic.twitter.com/frNNm6DJw6

The couple took photos outside in 15 degree Farenheit temperatures after the ceremony, and then zipped away in a sno-cat vehicle.

The station leader was sworn in as a magistrate for the British Antarctic Territory, which allowed him to perform the ceremony. The couple has been engaged for the past three years.

"We've been through all sorts of adventures together all around the world," says Sylvester. "In face we haven't really left each other's sides for the past 10 years...It's just been the best time of my life, really."

According to BAS, "this is the first marriage since the [British Arctic Territory] marriage law was reformed in 2016; the reform made it easier for marriages to be arranged in the Territory, and also updated the relevant paperwork for same sex marriages."

If you're inspired by the idea of getting married in Antarctica, the U.K. government provides some guidance about how to do it here.