Accessibility links
White House Highlights 'Made In America' Products From Each State : The Two-Way Some of the products showcased at a White House event were clearly iconic, like Stetson cowboy hats from Texas. Some were less obvious, like door hinges from Missouri.

White House Highlights 'Made In America' Products From Each State

White House Highlights 'Made In America' Products From Each State 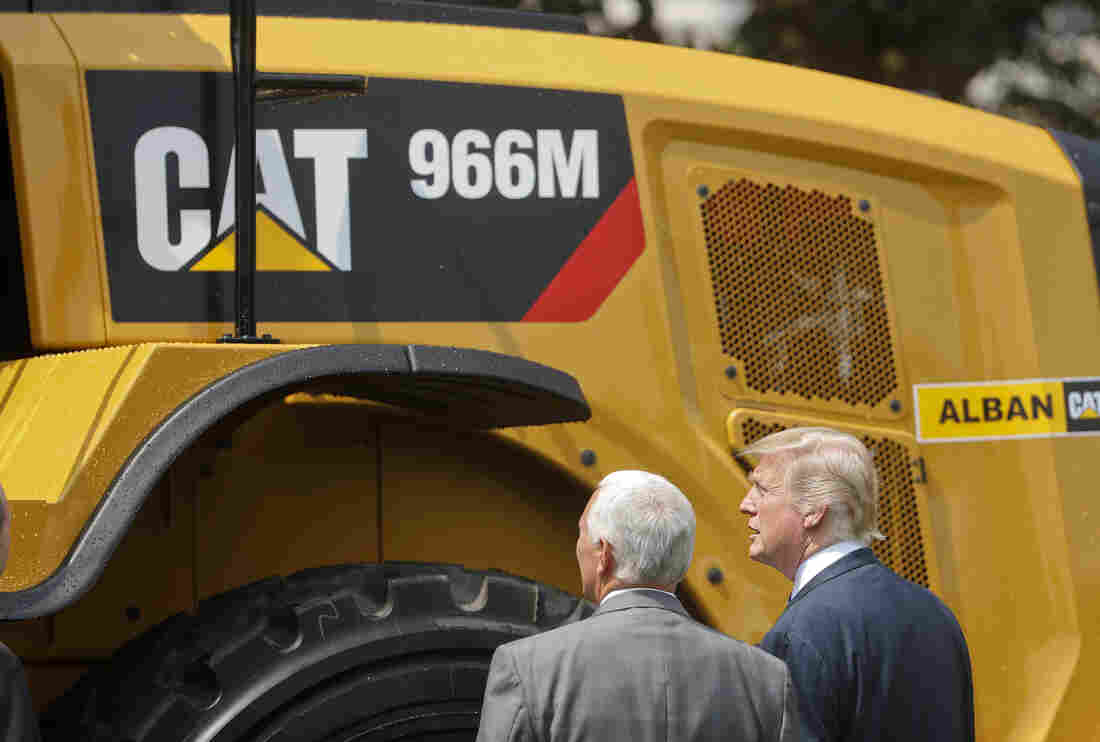 President Trump and Vice President Mike Pence stop to looks at a Caterpillar truck, manufactured in Illinois, on the South Lawn of the White House on Monday during a "Made in America" product showcase. Pablo Martinez Monsivais/AP hide caption 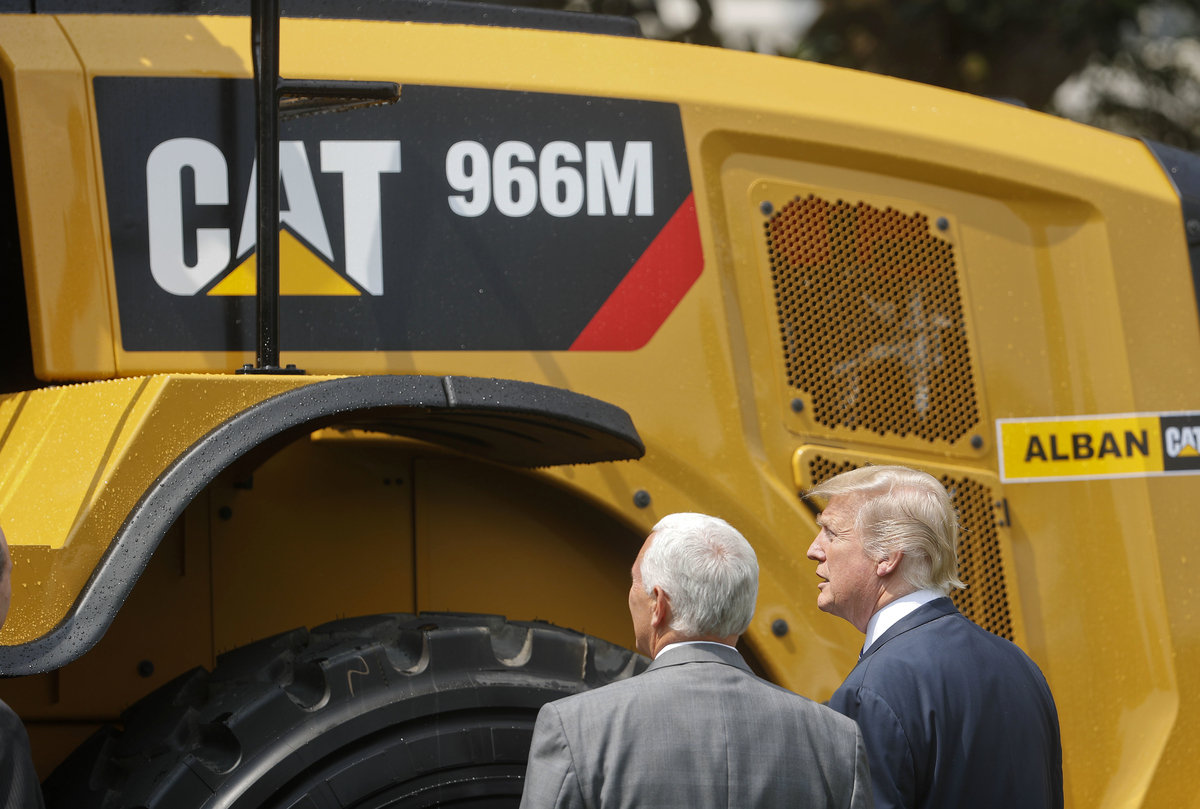 President Trump and Vice President Mike Pence stop to looks at a Caterpillar truck, manufactured in Illinois, on the South Lawn of the White House on Monday during a "Made in America" product showcase.

The White House is showcasing products from each state as part of its "Made in America" week.

The list includes some iconic U.S. brands — for example, Gibson Guitars from Tennessee and Steinway pianos from New York. Vermont Maple syrup and California wine are on the list. American flag manufacturers are highlighted from two states (Utah and Virginia).

Some of the choices are less obvious, like wheel barrows from Pennsylvania and door hinges from Missouri.

To choose the companies, the White House "asked for suggestions from governors and members of Congress to give us a list, and then, working within the different offices here, an ultimate selection was made," White House press secretary Sean Spicer told reporters.

EU And Japan Strike Trade Deal, Call It 'Strong Message To The World'

At the White House showcase event Monday, President Trump climbed into a fire truck and tried on a Stetson cowboy hat as he promised to protect American workers.

"I want to make a pledge to each and every one of you: No longer are we going to allow other countries to break the rules, steal our jobs and drain our wealth," Trump said, as Reuters reported.

The event comes as the White House seeks to renegotiate NAFTA, and has pulled out a major trade deal with Japan and other Pacific Rim nations.

As NPR's Scott Horsley points out, "the clothing line to which the president has attached his name is largely manufactured overseas. That's also true of Ivanka Trump's line of clothes and accessories."

The Democratic National Committee described the themed week as "the epitome of President Trump's hypocrisy."

"Trump is putting his own interests and profits ahead of those of American businesses and workers," DNC spokesperson Daniel Wessel added. "Instead of lecturing us, Trump should try setting an example."

When asked about whether the Trump family planned to stop manufacturing abroad, Spicer responded that "in some cases, there are certain supply chains or scalability that may not be available in this country."

Here's a list of the companies and products the White House is highlighting from each state: