Accessibility links
Bodies Found In Swiss Glacier Believed To Be Couple Missing Since 1942 : The Two-Way Two bodies have been discovered in a shrinking glacier by a worker from a ski lift company, according to Swiss media, and they are believed to be a couple who disappeared some 75 years ago. 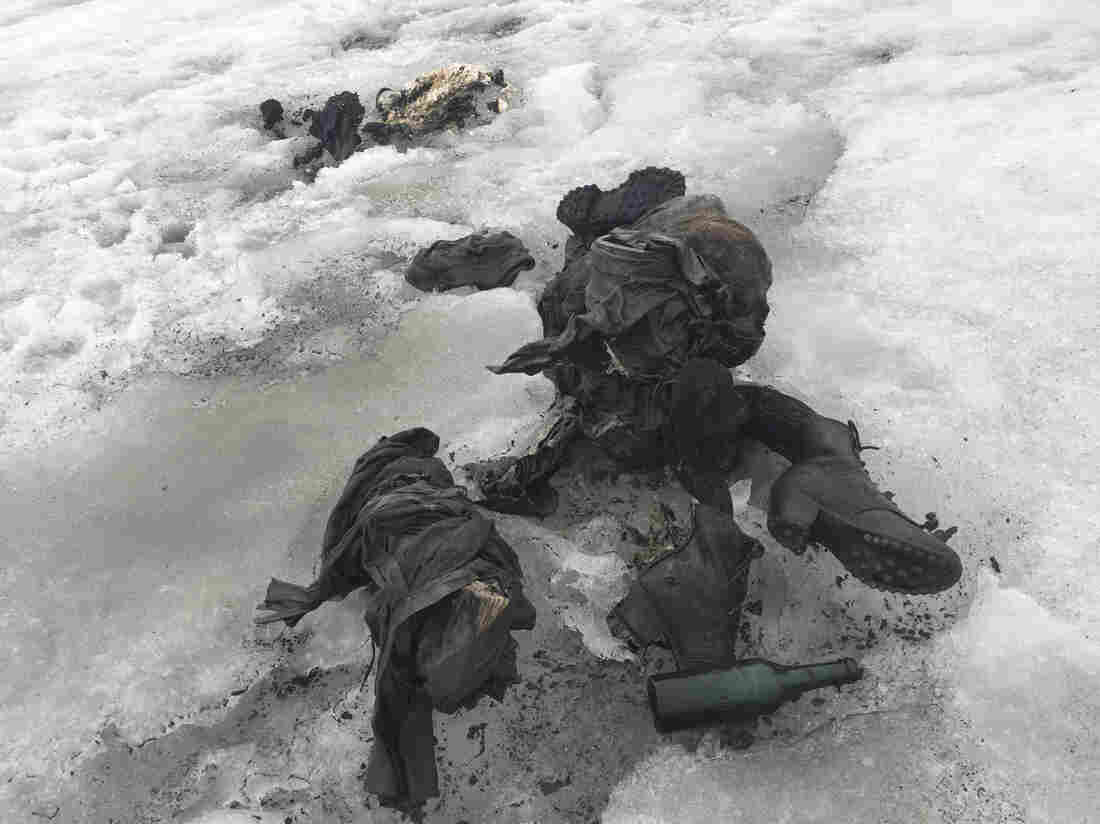 Shoes and clothing are visible at a glacier in southwestern Switzerland where two bodies were found. GLACIER 3000/Keystone via AP hide caption 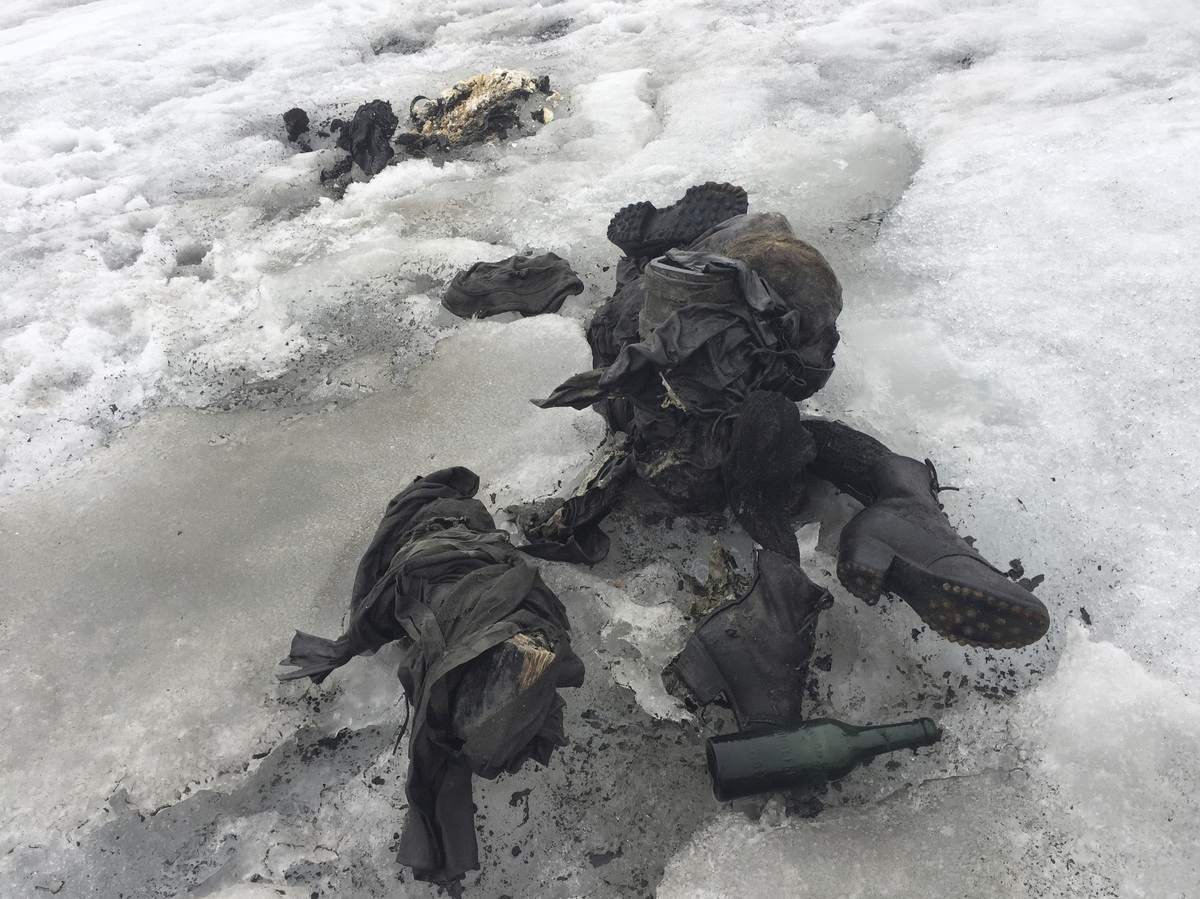 Shoes and clothing are visible at a glacier in southwestern Switzerland where two bodies were found.

On a summer day in August 1942, Swiss couple Marcelin and Francine Dumoulin set off on foot in the Alps. They never returned.

Now, two bodies have been discovered in a shrinking glacier by a worker from a ski lift company, according to Swiss media, and they are believed to be the couple who disappeared some 75 years ago.

Local police said in a statement that the pair was discovered on Friday at the Tsanfleuron glacier at an elevation of more than 8,500 feet. They appear to be victims of an accident "decades ago," the Valais police said, and were found with a number of objects such as a backpack, a watch and a book.

"It was a mummified man and a woman wearing clothes dating from the pre-war period," Bernhard Tschannen, the director of the ski lift company, tells Le Matin.

"Everything suggests that they were trying to reach the canton of Bern on foot, as people sometimes did at the time. It was the shortest route."

Authorities say it will take a few days for DNA evidence to formally confirm the identities.

But the couple's youngest daughter, 79-year-old Marceline Udry-Dumoulin, tells Le Matin that the news is already bringing her immense relief.

"We have spent our lives searching for them, relentlessly. We did not think we could ever give them the funeral they deserved," she said. "I must say that after 75 years of waiting, this news calms me deeply."

When the shoemaker and teacher disappeared, teams from the village searched the nearby mountain for 2 1/2 months before they gave up the search, Udry-Dumoulin told the newspaper.

She and her six siblings were split up with different families. "We all lived in the area, but we did not know each other anymore," she said.

She wants to finally give her parents a funeral, she tells the newspaper. "I will not put on black. I think white will be more appropriate. This represents hope, which I have never lost."

"In 2012 the remains of three brothers who disappeared in 1926 were found on the Aletsch glacier in the Valais.

"In 2015 the bodies of two young Japanese climbers who disappeared in 1970 were found at the foot of the Matterhorn glacier, also in the Valais.

"And last year the remains of a 36-year-old German skier who went missing in 1963 were uncovered at the Morteratsch glacier in the Graubünden."

An earlier version of this story misspelled Marcelin and Francine Dumoulin's last name as Dumolin.