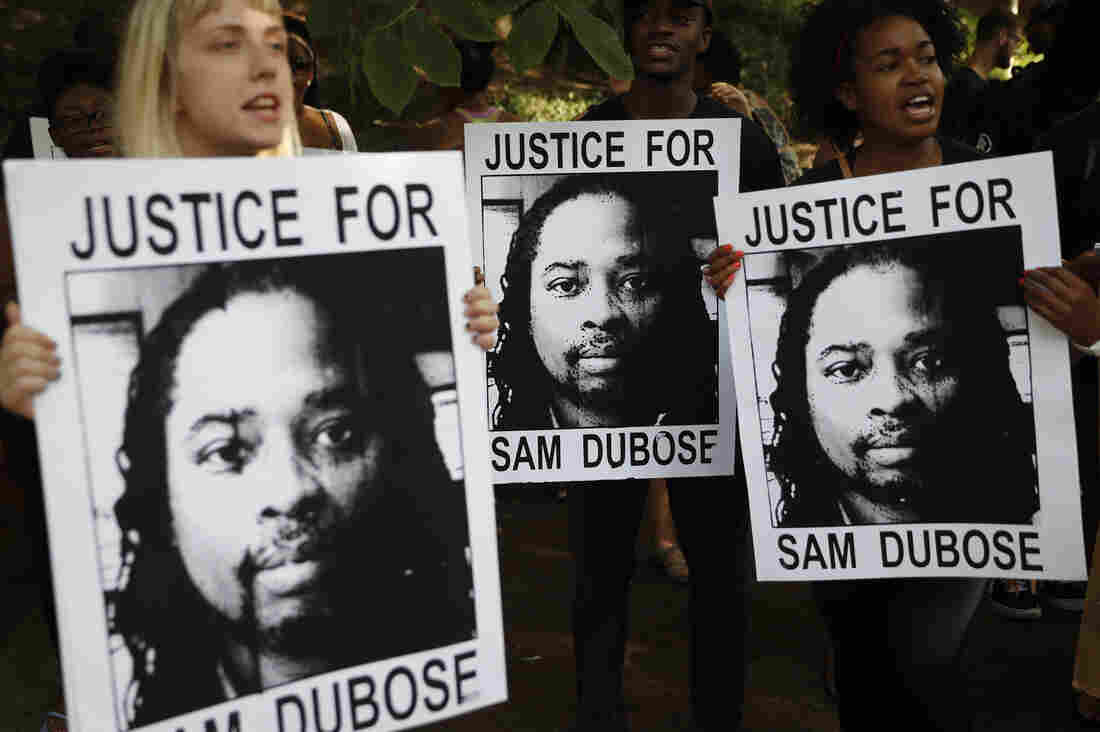 Protesters chant while holding signs showing Sam DuBose during a demonstration on the University of Cincinnati campus after the second mistrial of Ray Tensing last month in Cincinnati. John Minchillo/AP hide caption 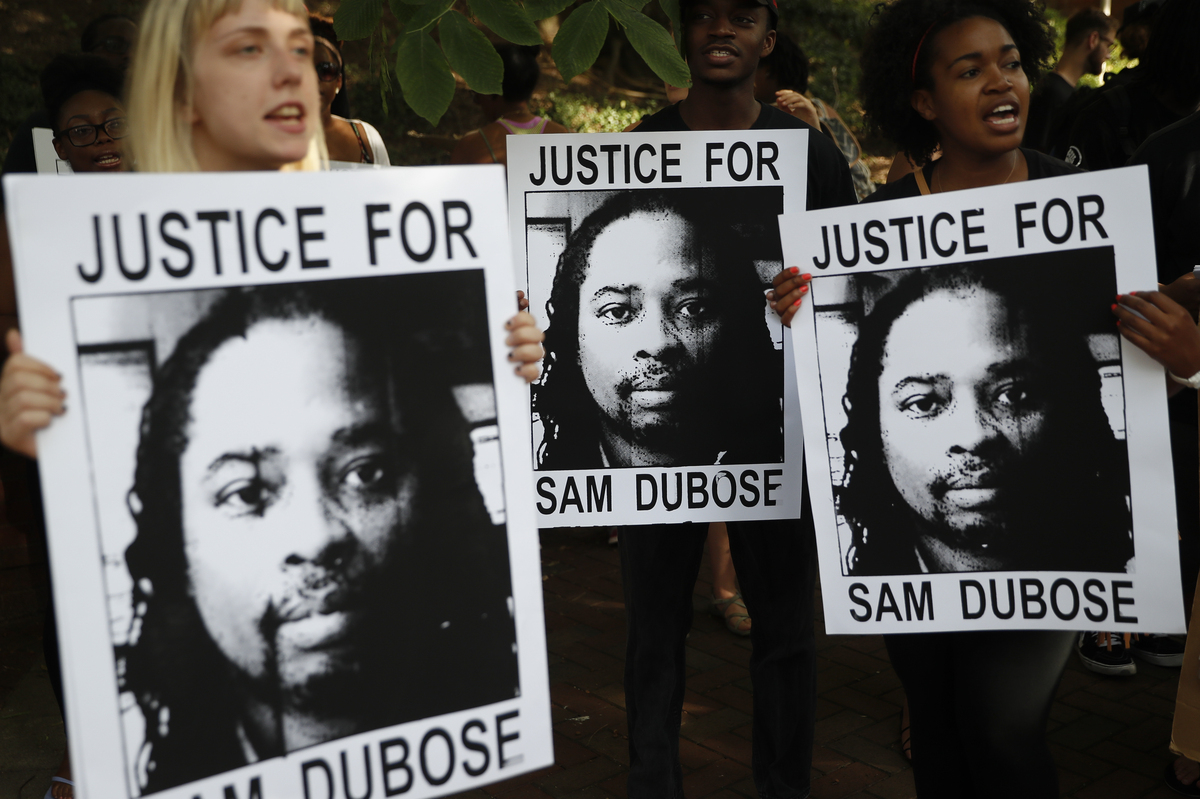 Protesters chant while holding signs showing Sam DuBose during a demonstration on the University of Cincinnati campus after the second mistrial of Ray Tensing last month in Cincinnati.

Twice now, the murder and manslaughter case against a former University of Cincinnati police officer Ray Tensing has ended in a mistrial over his fatal shooting of black motorist Sam DuBose.

"I don't like it. We believe we cannot be successful at trial," Deters said, according to The Associated Press.

The prosecutor "says the case has been referred to the U.S. Attorney's office for possible civil rights charges," the member station added.

Last month, the second trial ended after jurors failed to reach a consensus after almost 31 hours of deliberations, as we reported. The jury was also deadlocked in the first trial last year.

The case is centered around a fatal traffic stop in July 2015. Tensing pulled DuBose over and asked about a missing front license plate. As we have reported:

"Their exchange lasts less than two minutes and was captured on body camera video. Tensing repeatedly asks DuBose for his driver's license. DuBose stresses that he does have a license and appears to search the car for it and his pockets before finally stating, 'I don't think I have it on me.'

"According to the video, DuBose tells the officer that he is going to go home, 'right around the corner.' The next events happen very quickly. Tensing asks him to take his seatbelt off, and then duBose turns the car on. The car begins to roll forward, and Tensing engages in a very brief struggle with DuBose before firing his pistol into the car.

"... Tensing's bullet hit DuBose in the head, and he was pronounced dead at the scene."

As WVXU reported, "DuBose family and groups including Black Lives Matter: Cincinnati and the NAACP have called for Tensing to be tried a third time."

Deters said that DuBose family is unhappy about the decision not to prosecute, according to AP. "I feel badly," he said. "I've got to do what I think is right."