Accessibility links
Trump's Third Home Away From Home To Cost Taxpayers Millions : The Two-Way Bedminster, the New Jersey town that President Trump often visits, has been designated an official presidential residence and will receive $41 million in federal funds to help cover security costs. 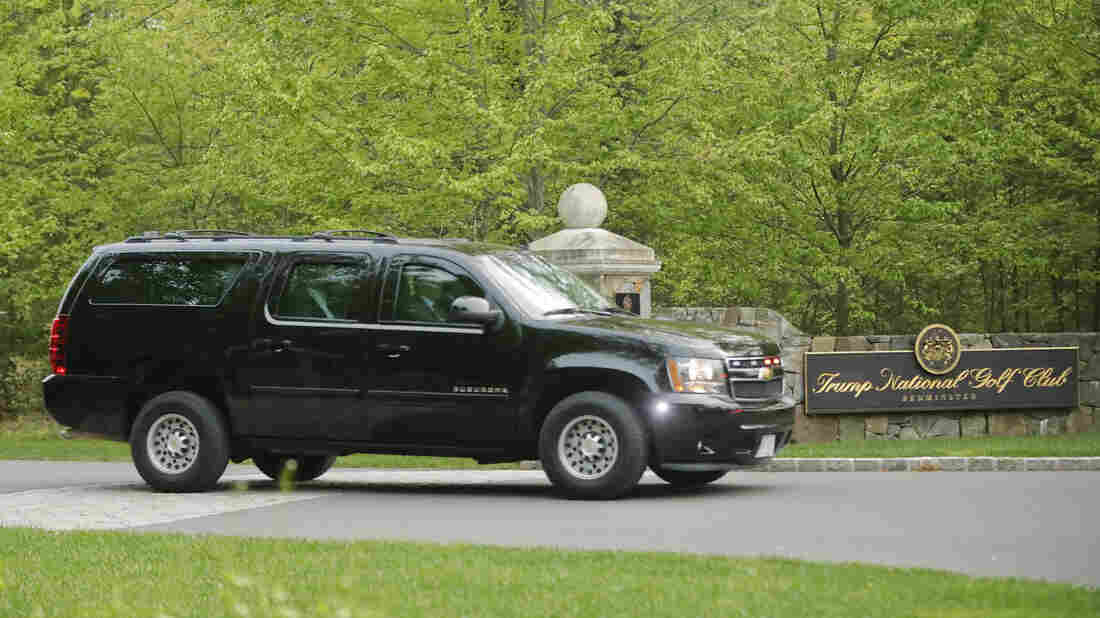 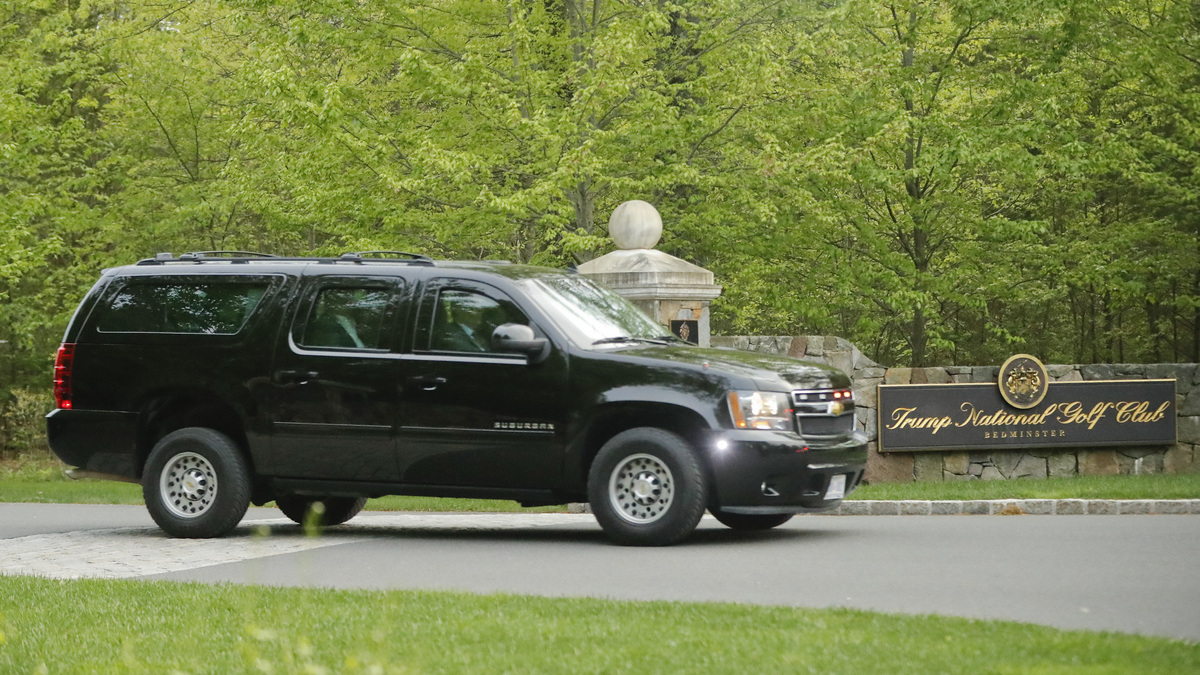 President Trump lives in the White House, but he also spends weekends at his other residences in New York's Trump Tower and Florida's Mar-A-Lago resort. Taxpayers cover the security costs for his use of those private locations.

Now there will be yet another part-time residence covered by federal funds for security. Rep. Leonard Lance, a New Jersey Republican, announced Wednesday that the small town of Bedminster — population 9,000 — has been designated a priority for the Secret Service.

The township is home to Trump National Golf Club Bedminster, one of Trump's favorite retreats. His daughter Ivanka Trump and Jared Kushner were married there, and Trump summoned advisers there for post-election transition planning.

With the official designation as a presidential residence, Congress appropriated up to $41 million to cover security costs incurred between the Jan. 20 inauguration and Oct. 1, which starts a new fiscal year. Trump's residences in Florida and New York already get such funding.

The costs are incurred by state, county and township law enforcement officers when Trump comes to town, as he did this month for the U.S. Women's Open golf tournament.