Accessibility links
Plastic Is Everywhere And Recycling Isn't The End Of It : The Two-Way A researcher tallied how much has been manufactured since plastic's invention: "Eight point three billion metric tons of plastics produced so far. That's just really a staggering amount." 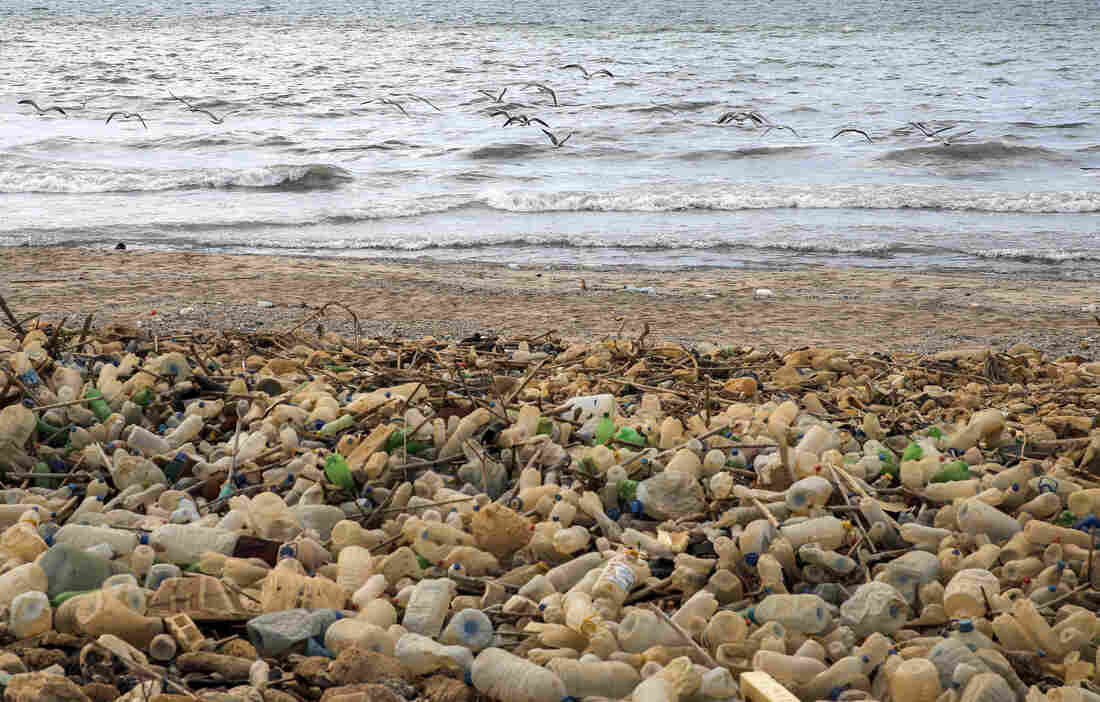 Piles of plastic waste are pictured on the seaside in the coastal town of Khalde, south of the Lebanese capital Beirut, on September 22, 2016. Joseph Eid/AFP/Getty Images hide caption 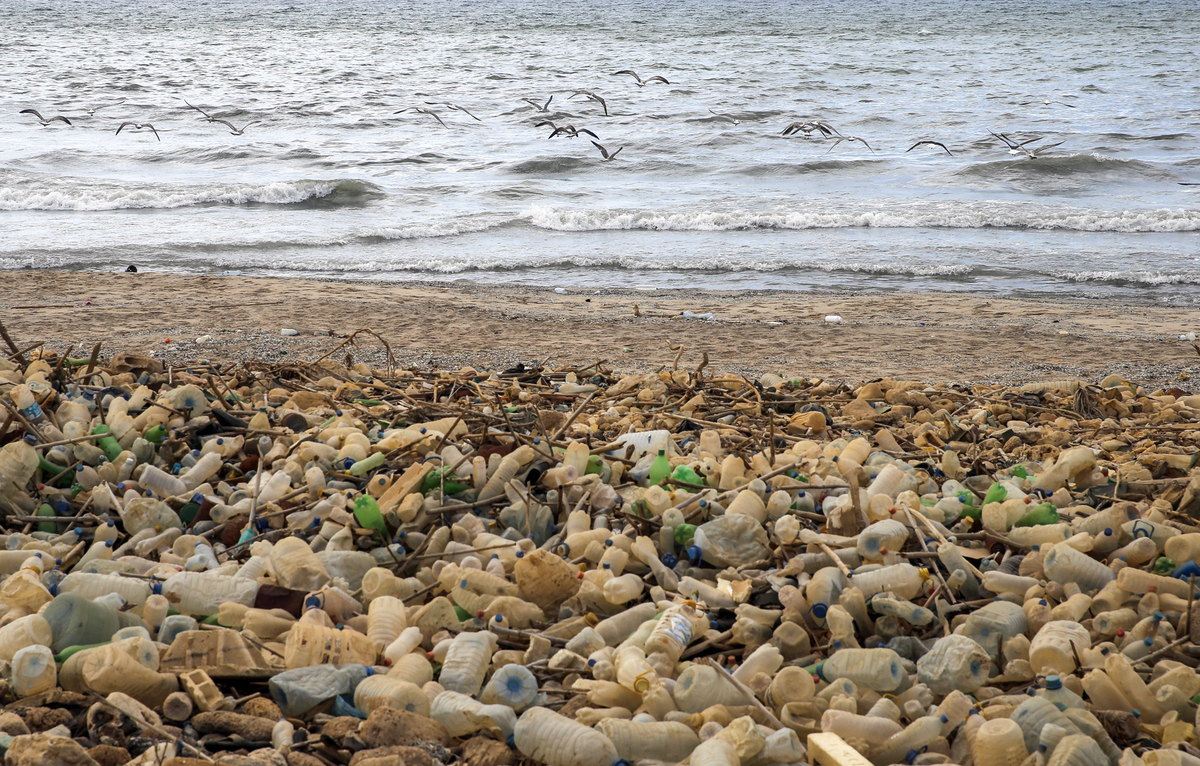 Piles of plastic waste are pictured on the seaside in the coastal town of Khalde, south of the Lebanese capital Beirut, on September 22, 2016.

Few inventions in modern history have been as successful as plastic. It's in vehicles and building materials and most of our electronic devices. We wrap stuff in it and even wear it.

Now a research team has tallied up how much plastic has been produced and where much of it has gone. Turns out, it's literally almost everywhere.

Roland Geyer, an industrial ecologist at the University of California, Santa Barbara, says no one had tallied how much plastic people have manufactured since its invention. When he did it, he was shocked at what he found. "Eight point three billion metric tons of plastics produced so far. That's just really a staggering amount."

He did some calculations to understand that number. "And it turned out that it can cover an area the size of Argentina," he says, "which is the eighth-largest country in the world."

So, is that a problem? Well, for one thing, Geyer, says, "Virtually all the plastic we ever made is non-degradable. (It) will be with us for hundreds of years." Much of it ends up in the soil, in smaller particles, or in the ocean, or in our water.

Plastic is, of course, very useful. Geyer and his colleagues found that 42 percent of plastic goes for packaging. The second-largest use is for construction, at about 20 percent. Plastic fibers, like polyester, is one of the fastest-growing uses.

But eventually, most of it gets thrown away. In the U.S., three-quarters of discarded plastic ends up in landfills or is just lost.

The rest is incinerated or recycled. Geyer says recycling helps but usually just delays its inevitable disposal. Moreover, more new plastic is made every year than is recycled.

Writing in the journal Science Advances, Geyer notes that plastic production has grown 8 percent a year for decades. He says that outpaces any other manufactured material, and its growth rate shows no sign of slowing down — because it's so useful. "The environmental (effects) are just due to its phenomenal success," he says, "because it is a fantastic material."

But one that we seem to be using to wrap the entire world. Says Geyer: "I ... think of it sort of as a giant experiment we are performing on this planet, and no one really knows the outcome."