Accessibility links
Elephant Seals Can Recognize Rhythm And Pitch : The Two-Way A new study reveals that elephant seals memorize the rhythm and pitch of individual voices. That means that the massive sea mammals know who's who, just by the sound of their voice. 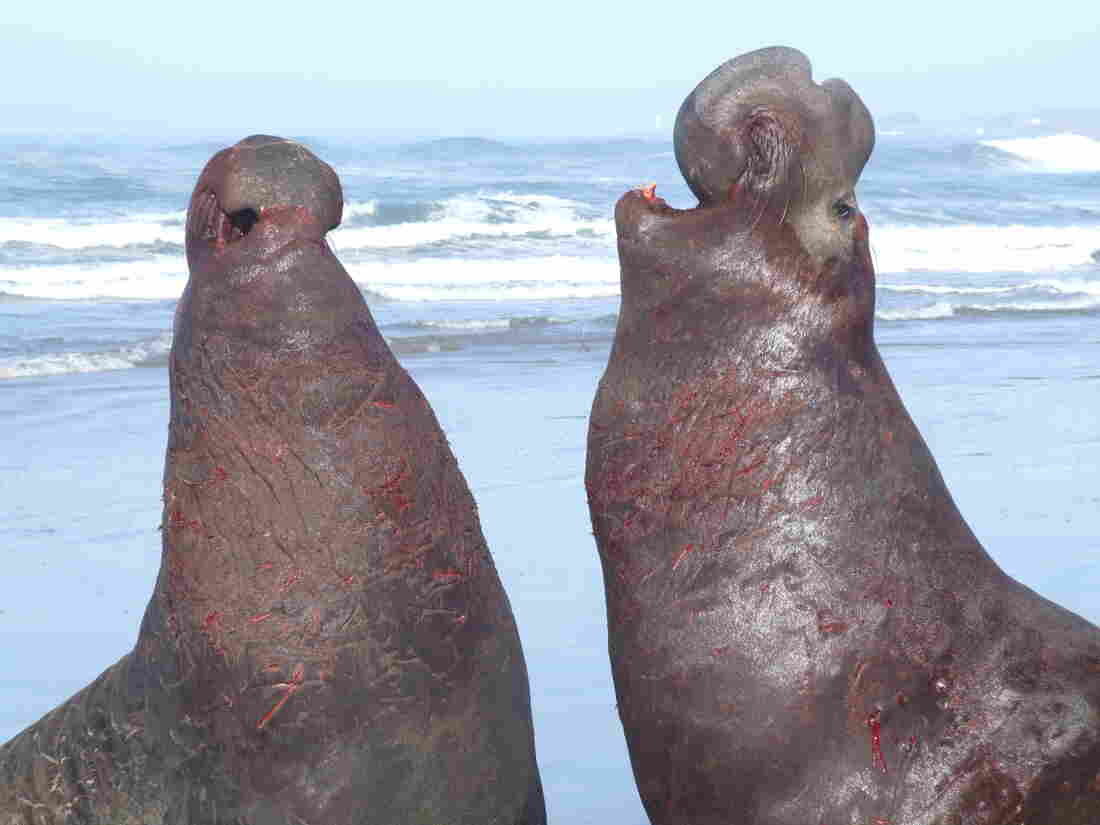 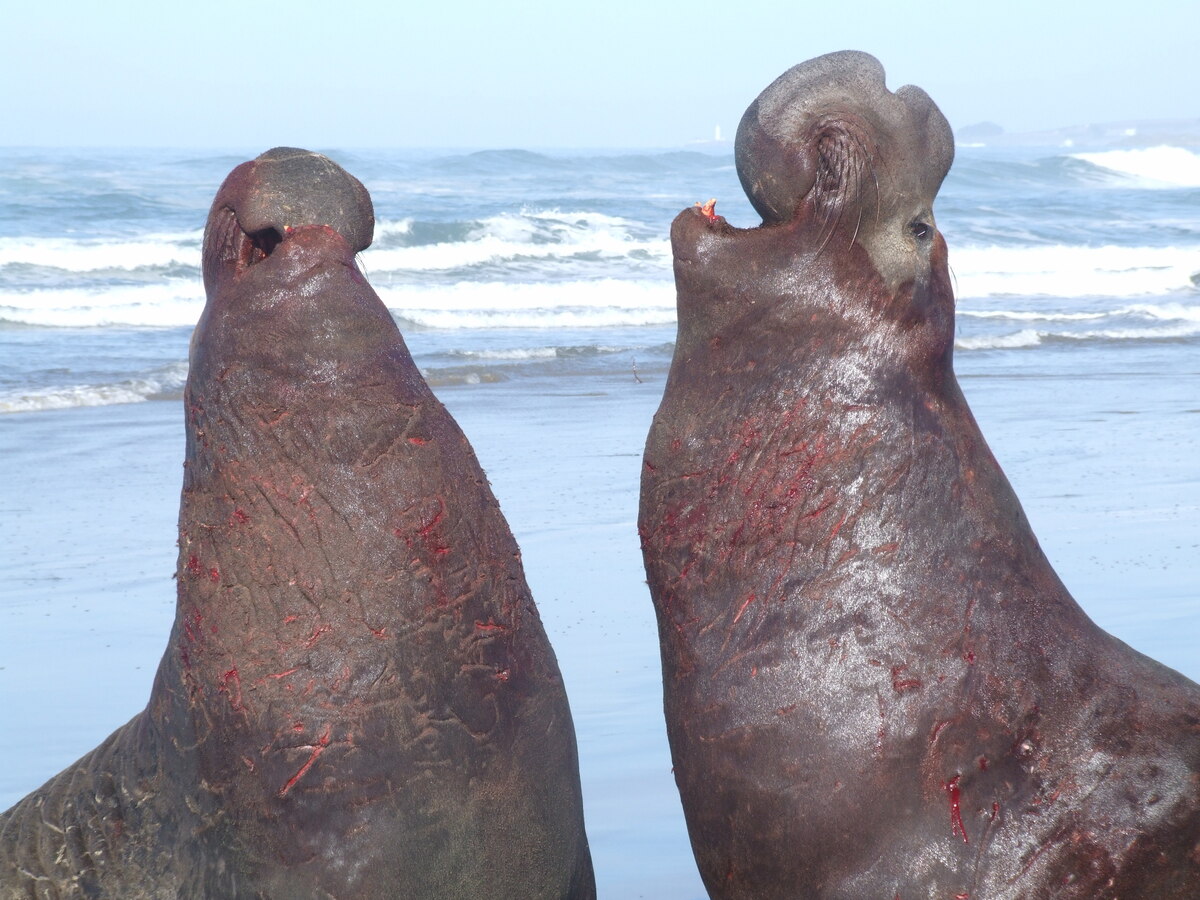 Northern elephant seals recognize each other's voices based on rhythm and pitch.

What do elephant seals and Shakira have in common? They can both keep the beat.

A new study suggests that northern elephant seals memorize the rhythm and pitch of individual vocal calls in order to recognize each other. Knowing who's who is important because elephant seals live in social colonies run by dominant males. Submissive males need to be able to recognize when the alpha male is around in order to avoid getting the blubber kicked out of them.

If you haven't seen a male elephant seal, imagine a gigantic seal with a big balloon-like attachment on his nose that resembles an elephant's trunk. Northern elephant seals live in the Pacific Ocean. The males weigh in around 5,000 pounds and when they tussle, it can get ugly. Smaller elephant seals can avoid altercation by realizing when the alpha males are close.

"Using this acoustic recognition, they are able to avoid most of the physical fights," says Nicolas Mathevon, a professor at the University of Lyon/Saint-Etienne in France.

Mathevon's team specializes in bioacoustics, the study of how living organisms make sounds or react to them. "They learn to recognize each other by their voice. They have a perfect knowledge of the social network of the colonies," he says.

In order to study the voice recognition, Mathevon's group spent weeks with an elephant seal colony. "First we had to observe all the males to know who is who in the colony and get a good knowledge of the social network," says Mathevon. Once the scientists figured out who the alpha male was, they recorded his voice.

Then, Mathevon's group went out into the colony of seals and played different vocal calls over a speaker. When they replayed the original call of the alpha male for nondominant males, the submissive males scampered off in fear.

But how were the nondominant males actually recognizing an individual voice?

To find out, the researchers used audio editing software to manipulate the dominant male's voice. They altered the rhythm or the timbre of the sound. Basically, they changed the beat or the pitch.

"If the rhythm of the original call was modified, the tested male stopped reacting," Mathevon explained. Additionally, if the researchers changed the pitch of the sound, the nondominant animals didn't run away either.

That means that the seals are capable of routinely recognizing and remembering individual rhythms. According to the study published in the journal Current Biology, it's the first example of a mammal (besides humans) naturally recognizing and responding to rhythm. Other mammals, such as the sea lion, can be trained to recognize rhythm, but there's no evidence that they rely on it in the wild. And chimpanzees have been shown to synchronize their movement with an auditory rhythm after some piano lessons.

Mathevon says it's "entirely possible" that many other mammals are capable of rhythm recognition. In fact, whales have been shown to "write songs" together, recognizing and repeating complicated soundscapes. For now, the team led by Mathevon is trying to determine whether female elephant seals also recognize the males by voice, and how they communicate with their young.

The researchers hope this might help shed light on the evolutionary origin of rhythm perception. If that's the case, understanding how humans became musical might just require help from the melodious elephant seal.