Accessibility links
To Shrink Mosquito Population, Scientists Are Releasing 20 Million Mosquitoes : The Two-Way Scientists plan to release millions of sterile, male bacteria-infected mosquitoes in California, to breed with wild females. They're hoping for a "steep decline" in the species that carries Zika. 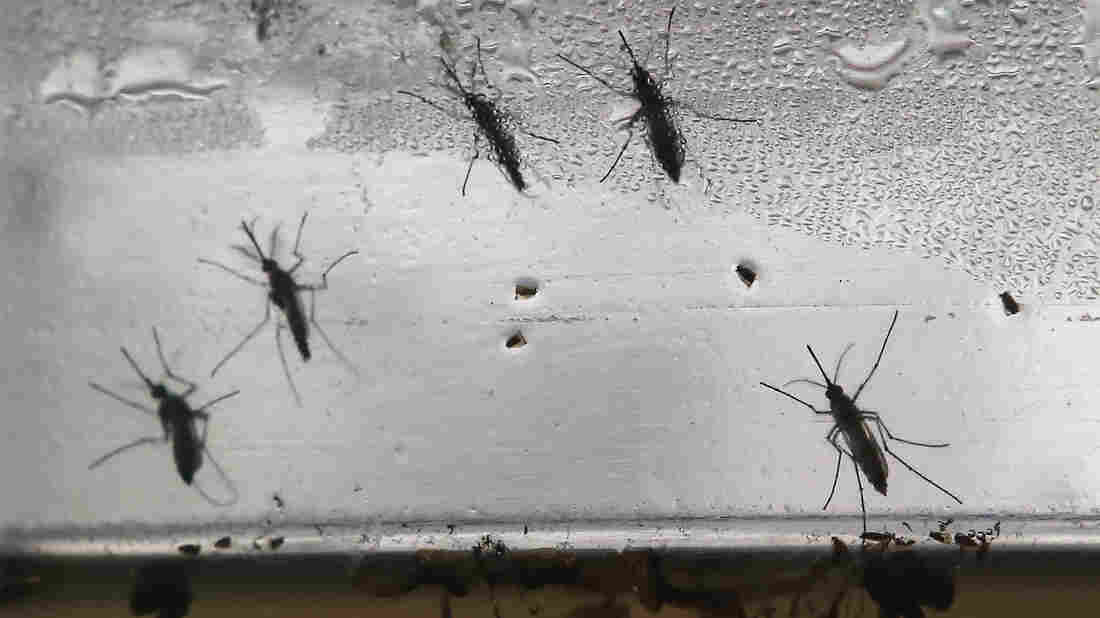 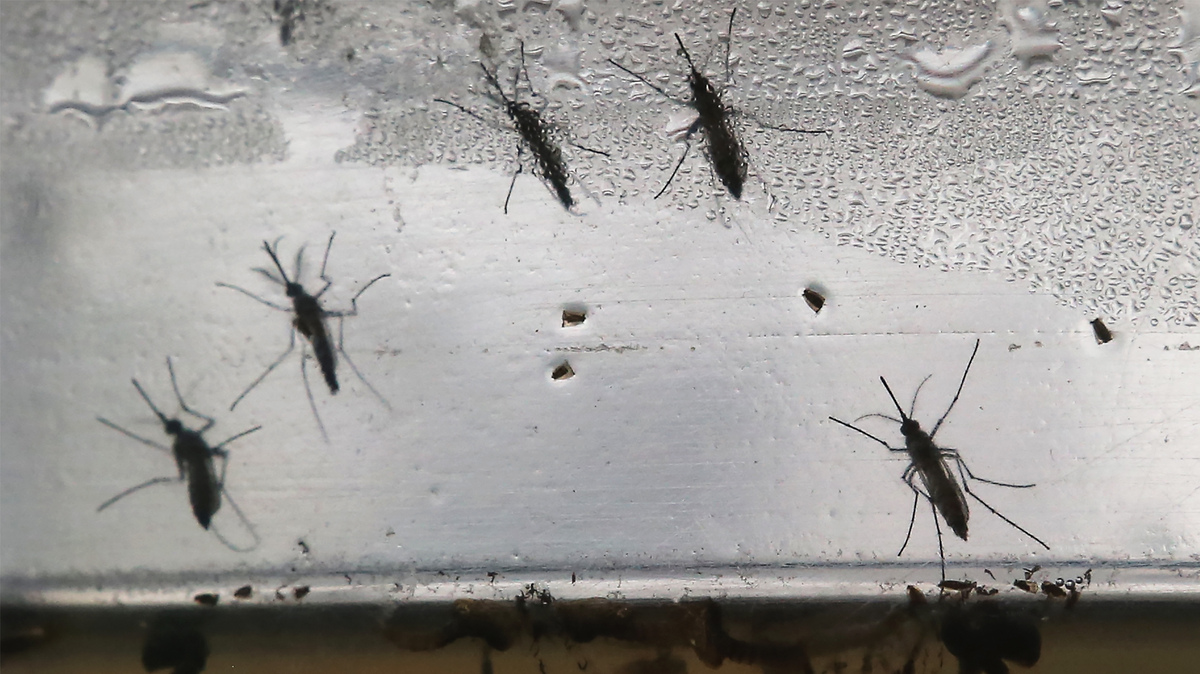 Aedes aegypti mosquitoes in various stages of development displayed in Brazil in 2016.

This summer, scientists in California are releasing 20 million mosquitoes in an effort to shrink the population of mosquitoes that can carry diseases.

It sounds counterintuitive. But the plan is to release millions of sterile male mosquitoes, which will then mate with wild female mosquitoes. The eggs the females lay won't hatch, researchers say.

The project is called Debug Fresno and it's being undertaken by Verily, a subsidiary of Alphabet, Google's holding company. It's the company's first field study involving sterile mosquitoes in the U.S.

Scientists say the goal is to cut the population of Aedes aegypti mosquitoes — the species responsible for spreading Zika, dengue and chikungunya. A. aegypti have been present in California's Central Valley since 2013 and have been a problem in Fresno County.

"It's a terrible nuisance, a terrible biting nuisance. It's changed the way people can enjoy their back yard and it's a threat for disease transmission," Steve Mulligan of Fresno County's Consolidated Mosquito Abatement District told The Washington Post.

Each week for 20 weeks, the company plans to release 1 million of the sterile, non-biting male mosquitoes in two neighborhoods in Fresno County. The male mosquitoes are bred and infected with Wolbachia, a bacterium that is "naturally found in at least 40 percent of all insect species," according to The Scientist magazine, though it's normally not found in A. aegypti.

"Over time, we hope to see a steep decline in the presence of Aedes aegypti in these communities," Verily says in a statement.

Wolbachia also helps mosquitoes to avoid carrying diseases like Zika in the first place. A. aegypti "carrying Wolbachia bacteria were highly resistant to Zika virus infection, and were unable to transmit the virus via their saliva," The Scientist writes, citing a 2016 study in Brazil.

The magazine says the bacterium "is not known" to infect humans.

Verily is partnering in the project with the Kentucky-based company MosquitoMate and the Consolidated Mosquito Abatement District of Fresno County. They plan to study the A. aegypti population density and number of eggs hatching in the experimental areas and compare to control neighborhoods to measure the experiment's effectiveness.

It's not the first time the bacteria-carrying mosquitoes have been released into the wild in the U.S.

Last year in Fresno, MosquitoMate and county officials released about 800,000 of the mosquitoes. This experiment is a 25-fold increase on that.

Verily says it developed "automated mass rearing and sex-sorting processes," which enable it to breed and release so many of the mosquitoes in such a short time.

A. aegypti is an invasive species to Fresno County, and officials told the Post they don't predict an impact on the local ecosystem from reducing or eliminating it.

The method Verily is using to cut the mosquito population differs from the experiment the British company Oxitec proposed last year in the Florida Keys. In contrast to the mosquitoes being infected by bacteria, Oxitec has released males that are genetically modified with "a gene that causes the mosquito's offspring to die in the first two to three days of life," according to The Dallas Morning News. Many Florida Keys residents bitterly opposed the proposed experiment last year; some Texas residents are reacting similarly to a proposed trial there, the Morning News reports.

From the spring to the fall of 2016, 38 additional counties in the U.S. reported evidence of the A. aegypti mosquito, according to the Centers for Disease Control and Prevention. Since the beginning of 2015, more than 5,300 symptomatic cases of Zika were reported to the CDC in the U.S., though the vast majority stemmed from people traveling to affected areas. As of Wednesday, the agency said there were no reported cases of people getting Zika in the U.S. this year "through presumed local mosquito-borne transmission."

A previous version of this story implied that Verily is releasing Wolbachia-infected males and females as part of its strategy to control mosquito populations. Only infected males are released.