Accessibility links
Minneapolis Police Chief Resigns In Wake Of Officer Shooting Of Australian Woman : The Two-Way The outgoing chief said the force needs new leadership. The mayor said she had lost confidence in the chief. Protesters disrupted the mayor's news conference to demand that she also resign. 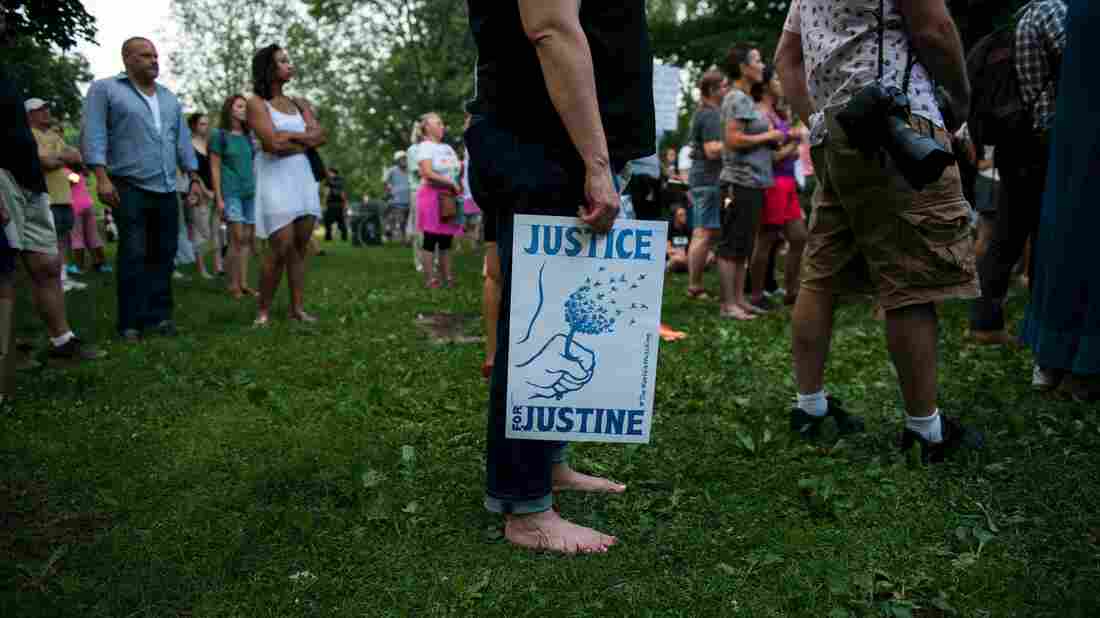 A woman holds a sign reading "Justice for Justine" during a march Thursday in Minneapolis. Several days of demonstrations have occurred after the death of Justine Damond, who was killed late Saturday by a police officer responding to her emergency call. Stephen Maturen/AFP/Getty Images hide caption 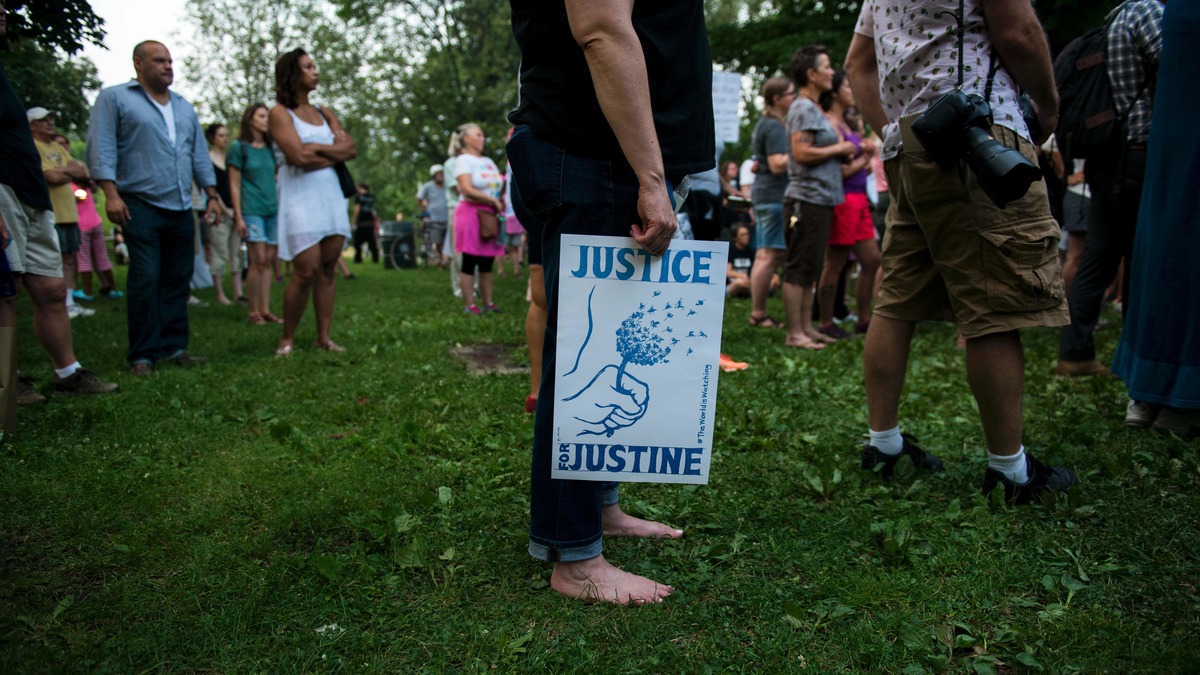 A woman holds a sign reading "Justice for Justine" during a march Thursday in Minneapolis. Several days of demonstrations have occurred after the death of Justine Damond, who was killed late Saturday by a police officer responding to her emergency call.

Amid outrage over the fatal police shooting of a woman who had called 911 for officers' help, Minneapolis Police Chief Janee Harteau has resigned. The killing inspired protests and bewilderment in the city, as residents waited for details on why the officer fired at Justine Ruszczyk. Protesters disrupted a news conference by the mayor on Harteau's successor and demanded that the mayor herself resign.

Harteau released a statement that said she has reflected on "last Saturday's tragedy, as well as some other incidents" and concluded that she is "willing to step aside to let a fresh set of leadership eyes" take over the Minneapolis Police Department.

"The recent incidents do not reflect the training and procedures we've developed as a Department," Harteau said. "Despite the MPD's many accomplishments under my leadership over these years and my love for the City, I have to put the communities we serve first."

Minneapolis Mayor Betsy Hodges issued a statement saying, "I've lost confidence in the Chief's ability to lead us further — and from the many conversations I've had with people around our city, especially this week, it is clear that she has lost the confidence of the people of Minneapolis as well."

Demonstrators calling for police reform shouted down Hodges at a Friday night news conference that she had called to comment on the chief's resignation and to say Assistant Chief Medaria Arradondo would lead the force. The protesters said Hodges has been ineffective and chanted slogans such as "Bye bye, Betsy." They ignored her offers to "sit down and talk about the future of policing."

Transcripts of 911 calls released by the police department on Wednesday showed that Ruszczyk phoned to say she was worried a rape might be taking place outside her home. According to the officer driving the squad car that arrived on the scene, he was startled by a loud noise nearby. After that, Ruszczyk approached the driver's side of the car, and the other officer in the car, Mohamed Noor, shot her once through the open driver's window.

The officers' body and car cameras had not been turned on.

A state agency is conducting an independent investigation.

Ruszczyk, who was also known by her fiance's surname Damond, was from Australia, where the case has caused outrage.