Accessibility links
Chris Froome Wins His Fourth Tour De France Title In Paris : The Two-Way It's the third straight Tour de France victory for Froome, in a race that saw him lose the yellow jersey midway through the tour's 21 stages. 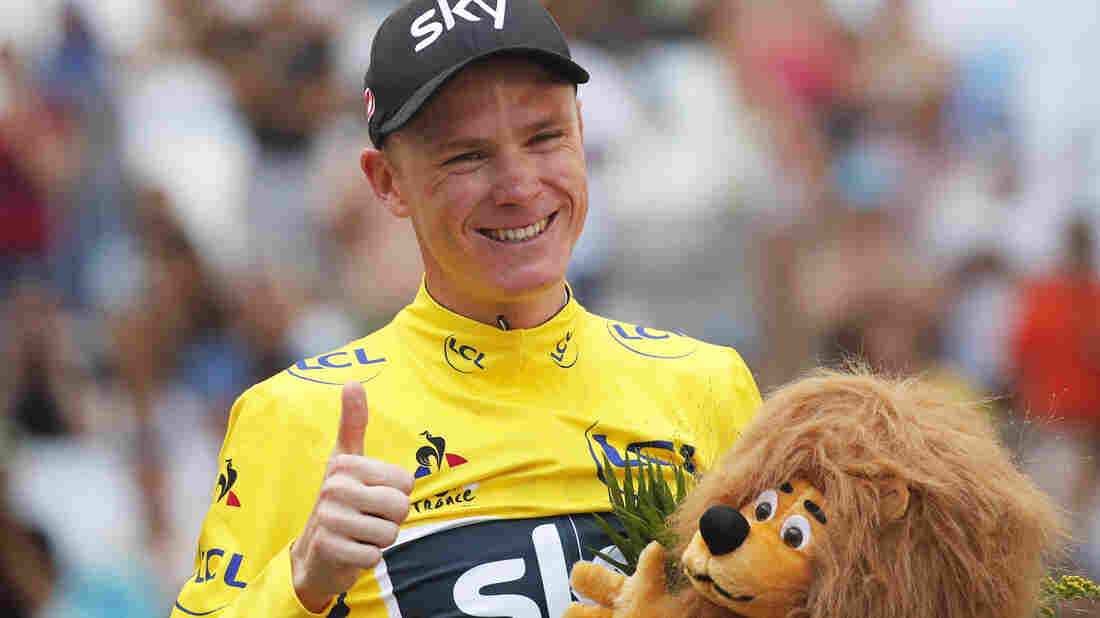 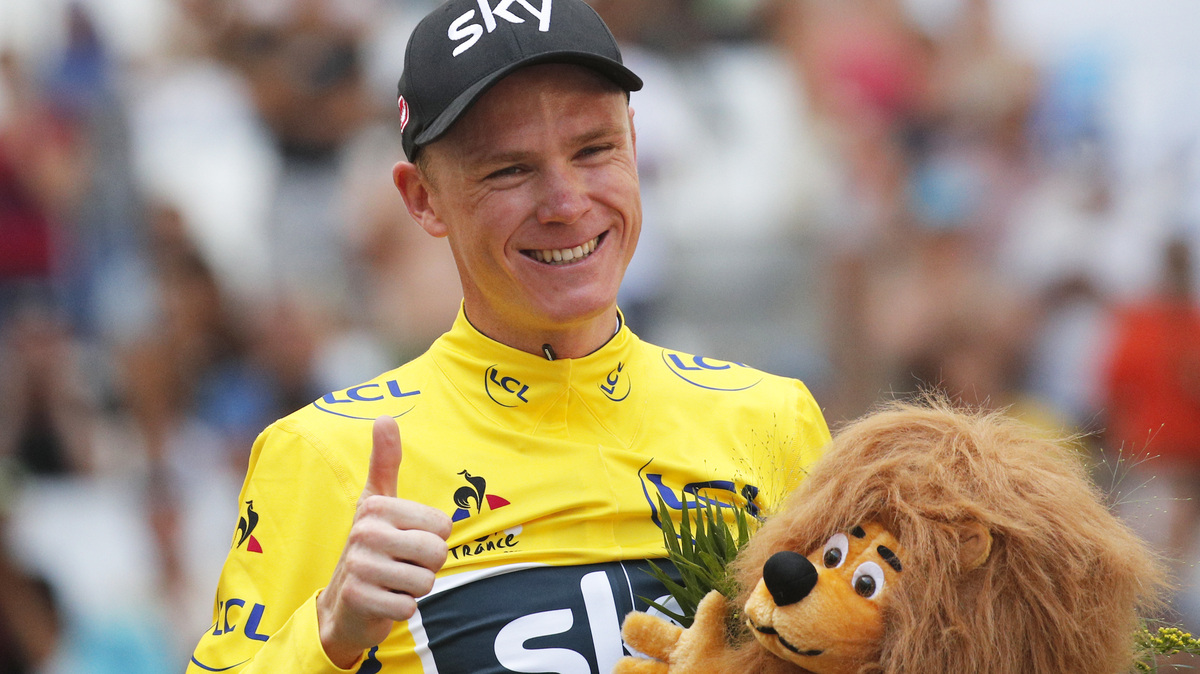 Chris Froome enjoyed a celebratory ride into Paris — complete with the traditional Champagne toast — in the Tour de France's 21st and final stage Sunday. The British rider won after avoiding crashes that took out some of cycling's big names, including his teammate Geraint Thomas.

It's the third straight Tour de France victory for Froome, and his fourth overall.

Froome's opponents saw Saturday's time trial in Marseilles as the last chance to take the yellow jersey from him, but they were unable to gain time on the reigning champion, who took third place. He finished with a 54-second lead over Colombia's Rigoberto Urán — who banged into a barricade during his time trial.

Ahead of Sunday's 64-mile ride into Paris, the final spot on the podium was something of an open question, as third-place Romain Bardet of France had only a one-second edge over Spain's Mikel Landa — a teammate of Froome's on Team Sky. But that margin didn't change on Sunday.

Tom adds, "American Lance Armstrong had his record seven tour victories stripped and stricken from the record books after he admitted doping."

Froome took up the challenge of winning this Tour without one of the best riders on his Sky team after Thomas was lost to a crash in the race's wild ninth stage. On the same day, Froome's rival (and former teammate) Richie Porte was also forced to withdraw due to a horrendous crash. At the time, Porte was in fifth place.

Froome lost the leader's yellow jersey in the Pyrenees midway through this year's Tour, but he reclaimed it on stage 14, using strong team tactics and a final sprint that took advantage of a splintered peloton.