Accessibility links
Poland's President Says He Will Veto Controversial Legislation, Defying His Party : The Two-Way Critics say the two controversial measures would have undermined the independence of the judiciary. Poland has seen days of demonstrations across the country against the legislation. 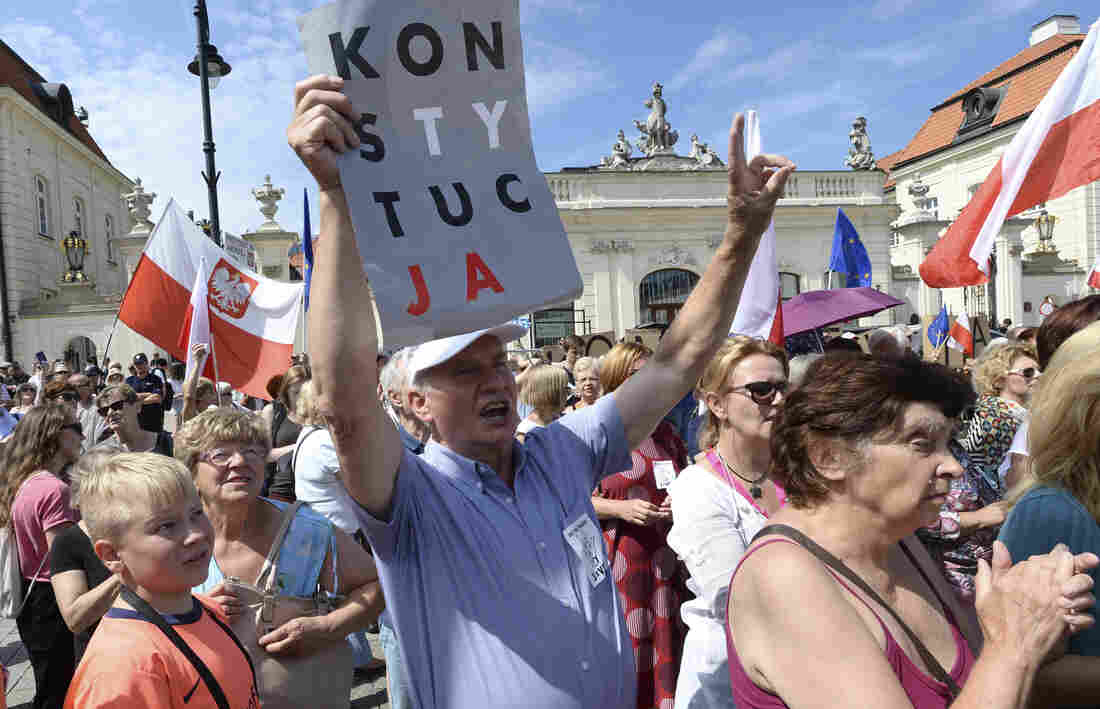 A man holds a sign that says "Constitution" at a demonstration Monday in front of the presidential palace in Warsaw, Poland. Alik Keplicz/AP hide caption 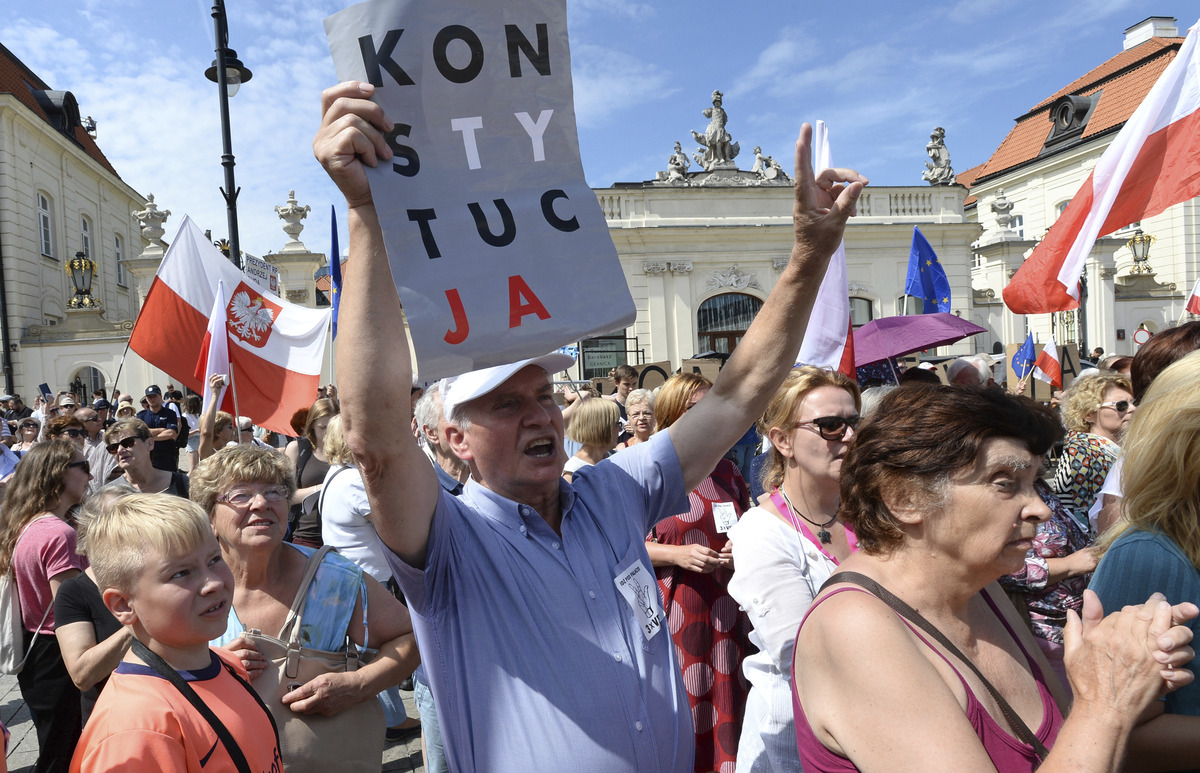 A man holds a sign that says "Constitution" at a demonstration Monday in front of the presidential palace in Warsaw, Poland.

In a surprise move, the Polish president says he will veto two controversial measures that critics say would have undermined the independence of the judiciary. Poland has seen days of protests across the country against the legislation.

President Andrzej Duda is a member of the ruling Law and Justice party, and this is the first time he has broken with his right-wing party, NPR's Soraya Sarhaddi Nelson reports. In fact, Duda's critics have referred to him as "pen," Soraya adds, because he has signed all previous bills.

"Duda says he agrees with his government that the Polish judiciary needs reforms, but says he has to veto the bills in question because they would create an oppressive system and were dividing Polish society," Soraya tells our Newscast unit. "The bills would fire Poland's Supreme Court judges and in effect, give the ruling party control over judicial appointments."

Duda agreed to sign a third bill, which "gives the justice minister the right to name the heads of Poland's lower courts," according to the BBC.

In his remarks, Duda says that he was impacted by conversations with anti-Communist dissident Zofia Romaszewska, according to The Associated Press. He says she told him: "Mr. President, I lived in a state where the prosecutors general had an unbelievably powerful position and could practically do everything. I would not like to go back to such a state."

Fate Of Poland's Supreme Court Is Now In President's Hands, Despite Protests

Duda's decision comes after urgent pleas from the U.S. and the EU, as The Two-Way reported. The State Department urged all sides "to ensure that any judicial reform does not violate Poland's constitution or international legal obligations and respects the principles of judicial independence and separation of powers."

European Council President Donald Tusk said Thursday that the political crisis had to potential to create "a bleak scenario that could ultimately lead to the marginalisation of Poland in Europe." He called for a political solution, adding that the measures "will ruin the already tarnished public opinion about Polish democracy."