Accessibility links
Israel: Metal Detectors Will Be Removed From Jerusalem Holy Site : The Two-Way The prime minister's office says security forces will use other technology around a mosque complex where two Israeli police officers were killed. Angry Muslim worshippers prayed next to the machines.

Israel: Metal Detectors Will Be Removed From Jerusalem Holy Site

Israel: Metal Detectors Will Be Removed From Jerusalem Holy Site 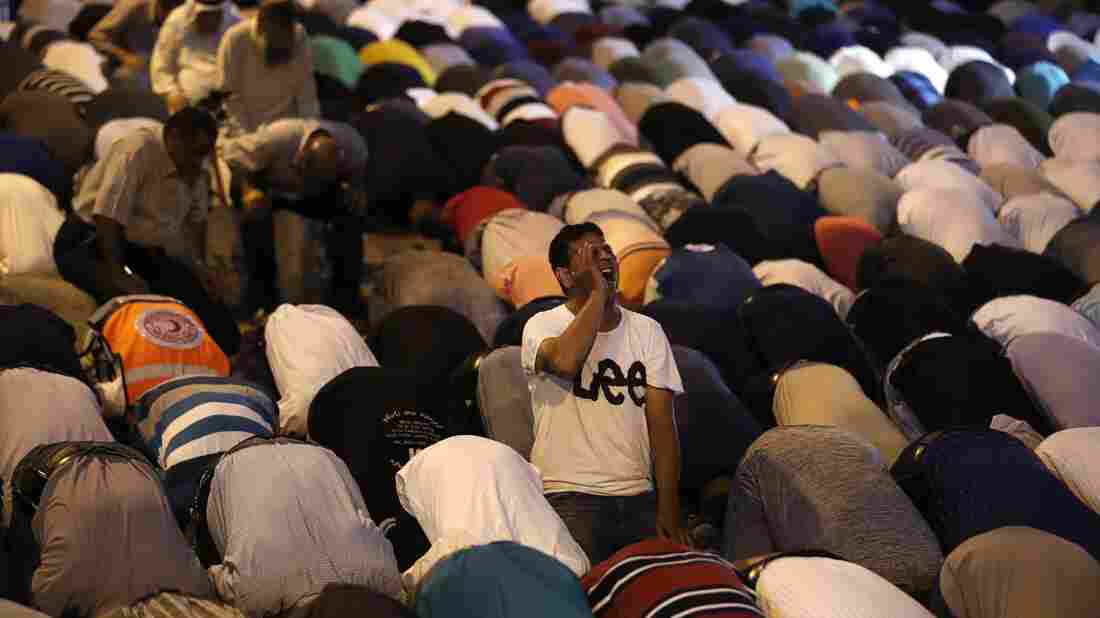 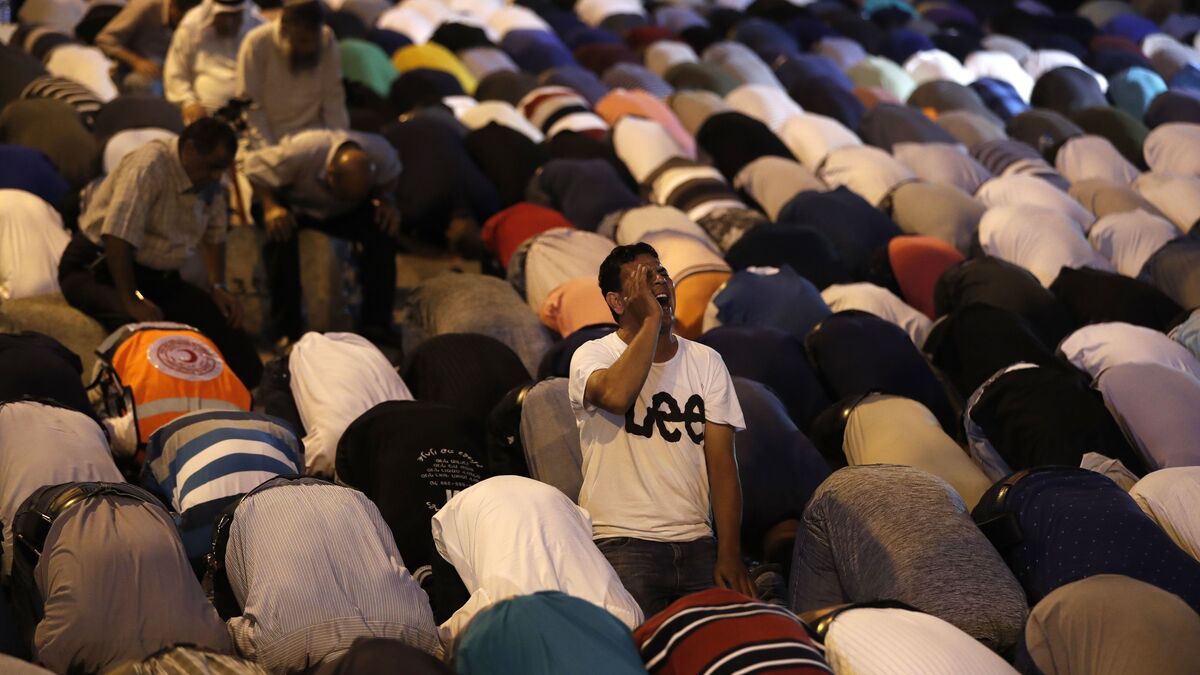 Palestinian Muslim worshippers pray outside an entrance to the Al-Aqsa mosque compound in Jerusalem's Old City on Sunday. They gathered to protest new Israeli security measures implemented at the holy site following an attack that killed two Israeli policemen the previous week.

The prime minister's office says Israel will remove metal detectors from the entrance to a Jerusalem site that is considered holy by Muslims and Jews. Known to Muslims as the Noble Sanctuary, and to Jews as Temple Mount, it has been the site of protests over metal detectors installed last week at the entrances to the site, where just days earlier several Israeli Arabs opened fire, killing two Israeli police officers.

For New U.S. Mideast Peace Envoy, It Will Be A Long Road To 'Ultimate Deal'

NPR's Daniel Estrin reports that the prime minister's statement says the security cabinet has accepted recommendations by all of the country's security services to use other kinds of technology.

Israel will invest about $28 million dollars in the new security measures, which will be implemented in no more than six months, Daniel reports. In the meantime, more police will be posted at the site.

The government statement says the security cabinet met for several hours on the subject.

The prime minister's spokesman, David Keys, said there was no connection between the decision to remove the metal detectors and Jordan allowing the Israeli embassy security guard who killed two Jordanians to return to Israel. The guard had himself been stabbed and lightly wounded.

Earlier Monday, the United Nations envoy to the region had urged Israeli and Palestinian leaders to find a solution to the building tensions over the holy site in Jerusalem's Old City. Nickolay Mladenov gave the two sides an informal deadline of the end of the week.

"It is extremely important that a solution to the current crisis be found by Friday this week," Mladenov said at a news conference convened after he briefed the U.N. Security Council on the situation. "I think the danger on the ground will escalate if we go through another cycle of Friday prayer without a resolution."

The security measures incensed many Muslim worshippers, who had to pass through the metal detectors in order to pray there. Palestinians saw it as a bid to wrest control of the holy site from the Muslim authority that administers it.

And deep unrest, even violence, followed.

Three Palestinians were killed in clashes between protesters and Israeli officers Friday, and hours later, Israeli officials say a Palestinian attacker stabbed three Israelis to death in a Jewish settlement in the West Bank.

The vast bulk of Muslim worshippers protested the move nonviolently — boycotting the site by refusing to enter through the metal detectors and instead praying beside them — but Daniel reported that anger continued to seethe on both sides.

Daniel told All Things Considered that at protests Friday, he heard Palestinians chanting, "With spirit and blood, we will redeem the Al-Aqsa Mosque" — which has its compound on the disputed site. And at a funeral Sunday for the Israeli stabbing victims, Daniel recalled the eulogy of a family member: "It's time to end the Arab's hope for a country of their own in the land of Israel," the family member said, crying out, "God of vengeance appear!"

And the dispute has spilled beyond the borders of Jerusalem, drawing a condemnation from Turkish President Recep Tayyip Erdogan and prompting a conversation between the Jordanian and Israeli leaders. The Associated Press reports that Jordan's King Abdullah II spoke with Israeli Prime Minister Benjamin Netanyahu, asking him to "remove the causes" of the tension.

"Nobody should be mistaken that these events are localized events," Mladenov said Monday.

"In fact, they may be taking place over a couple of hundred square meters but they affect millions — if not billions — of people around the world. They have the potential to have catastrophic costs well beyond the walls of the Old City, well beyond Israel and Palestine, well beyond the Middle East itself."