Accessibility links
Michael Kors To Acquire Jimmy Choo In $1.2 Billion Deal : The Two-Way Michael Kors is trying to shore up declining demand for expensive handbags and says it aims to double the annual sales of the smaller footwear and accessories brand. 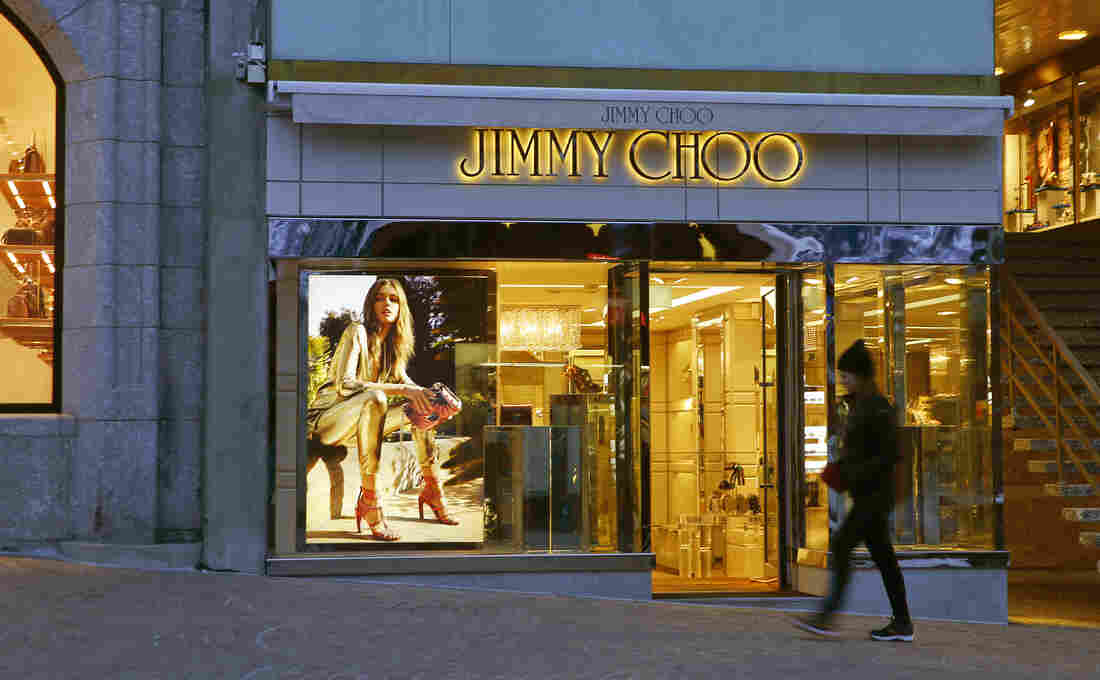 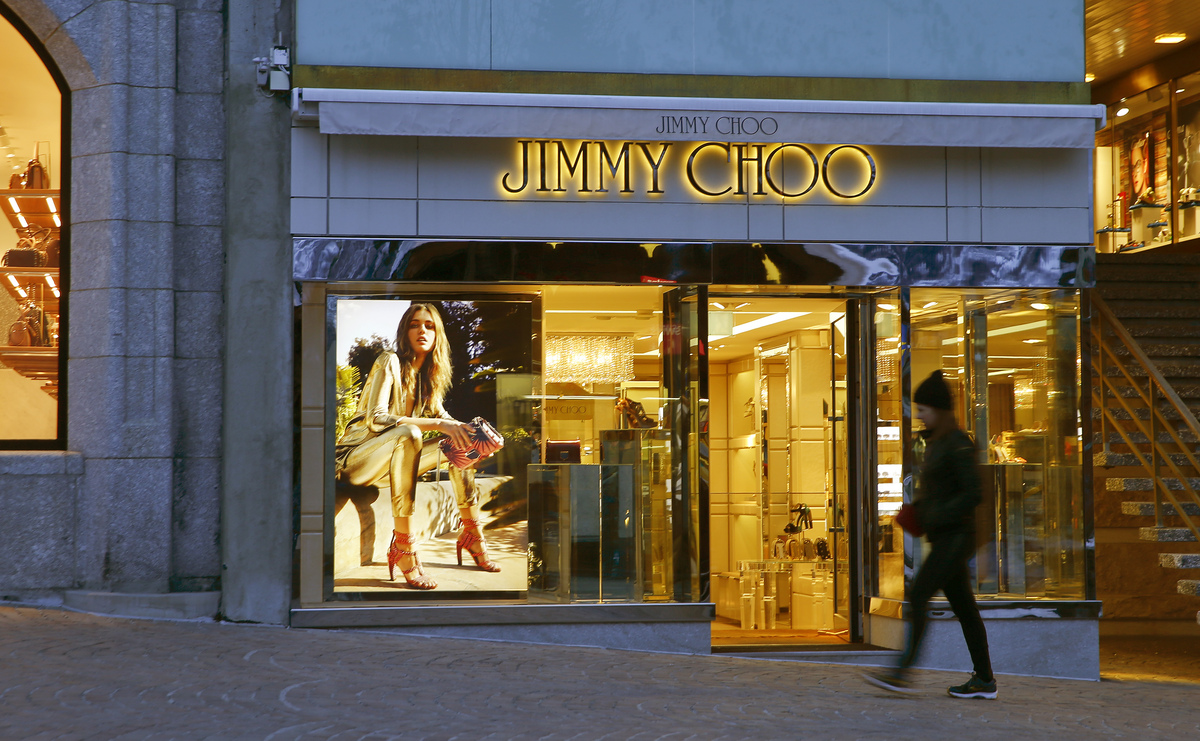 The geographic diversity of shoe designer Jimmy Choo locations was among the selling points for Michael Kors.

The boards of both companies have approved the deal, which is expected to close in the fourth quarter of 2017.

"The main product that built the Michael Kors fashion empire is handbags. But intense price competition and declining demand has cut into that luxury market. The Kors brand helped further that trend by selling a good portion of its wares in department stores, which heavily discounted prices, making it difficult to get customers to buy their products at full price. By buying the Jimmy Choo brand, the company is hoping to capitalize on increasing sales for high-end shoes."

Michael Kors said in May that "sales at stores established for more than a year fell 14 percent in its fiscal fourth quarter," according to Reuters.

Jimmy Choo announced that it was up for sale in April, the wire service reported, "after its majority-owner JAB, the investment vehicle of Germany's billionaire Reimann family, signaled its intention to focus on consumer goods instead."

In a conference call, Michael Kors CEO John D. Idol said he believes Jimmy Choo "can more than double its sales to $1 billion annually." The two brands will continue to operate "very independently," he added, but will together make up a "global fashion luxury group."

The acquisition is aimed at diversifying the company's product offerings, particularly in terms of men's footwear, which Idol described as a "hidden jewel."

Coach Announces It Is Buying Kate Spade In $2.4 Billion Deal

Pierre Denis, the CEO of Jimmy Choo, said in a statement that "our two companies share the same vision of style and trend leadership."

Michael Kors executives touted the geographic diversity of Jimmy Choo stores. And, Idol added that "from a luxury standpoint, they are one of the under-penetrated companies in terms of retail locations in the world compared to the other luxury competitors," stressing that there is room for expansion.

Expansion could be dangerous, however, as Bloomberg columnists Chris Hughes and Shelly Banjo wrote: "The risk for Kors is that it devalues the legacy it has acquired."

Two months ago, another major luxury acquisition was announced — Coach said it is purchasing Kate Spade in a $2.4 billion deal.