Accessibility links
'Goldwater Rule' Still In Place Barring Many Psychiatrists From Commenting On Trump : The Two-Way Social media lit up on Tuesday with users believing that psychiatrists were now free to offer armchair diagnoses about President Trump. There has been no change to the code of ethics. 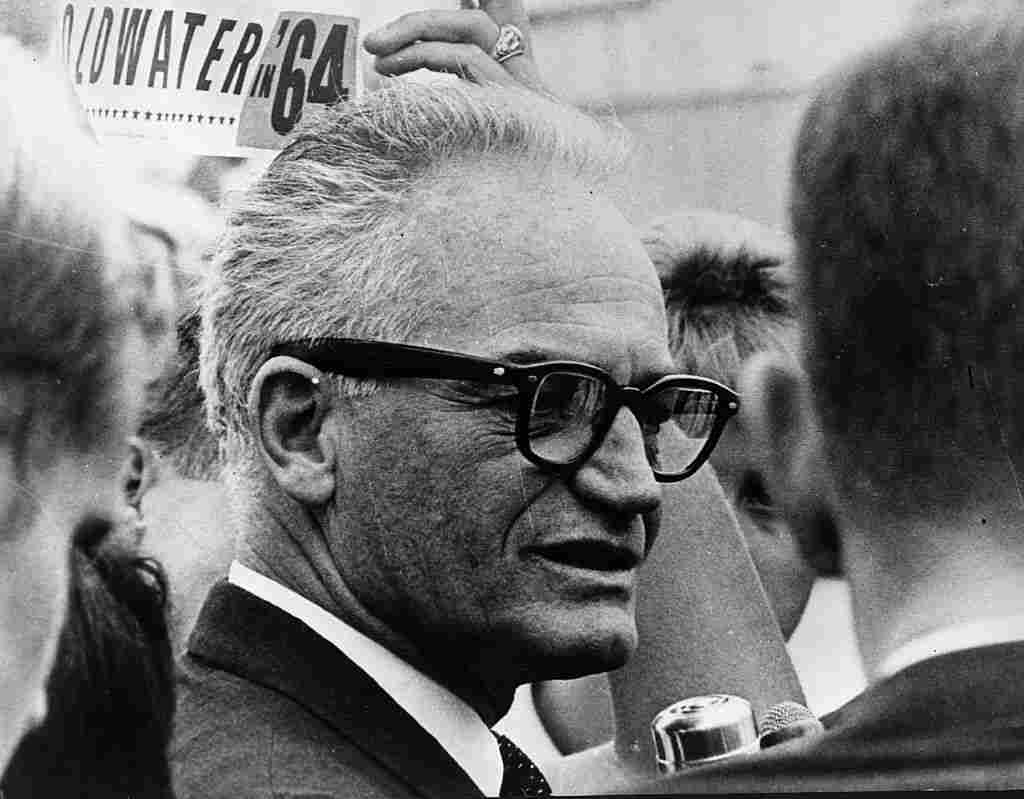 "The Goldwater Rule" was implemented in 1973, preventing psychiatrists from making armchair diagnoses, after Barry Goldwater, the Republican nominee for president, successfully sued a magazine that published an article doubting his sanity. Keystone/Getty Images hide caption 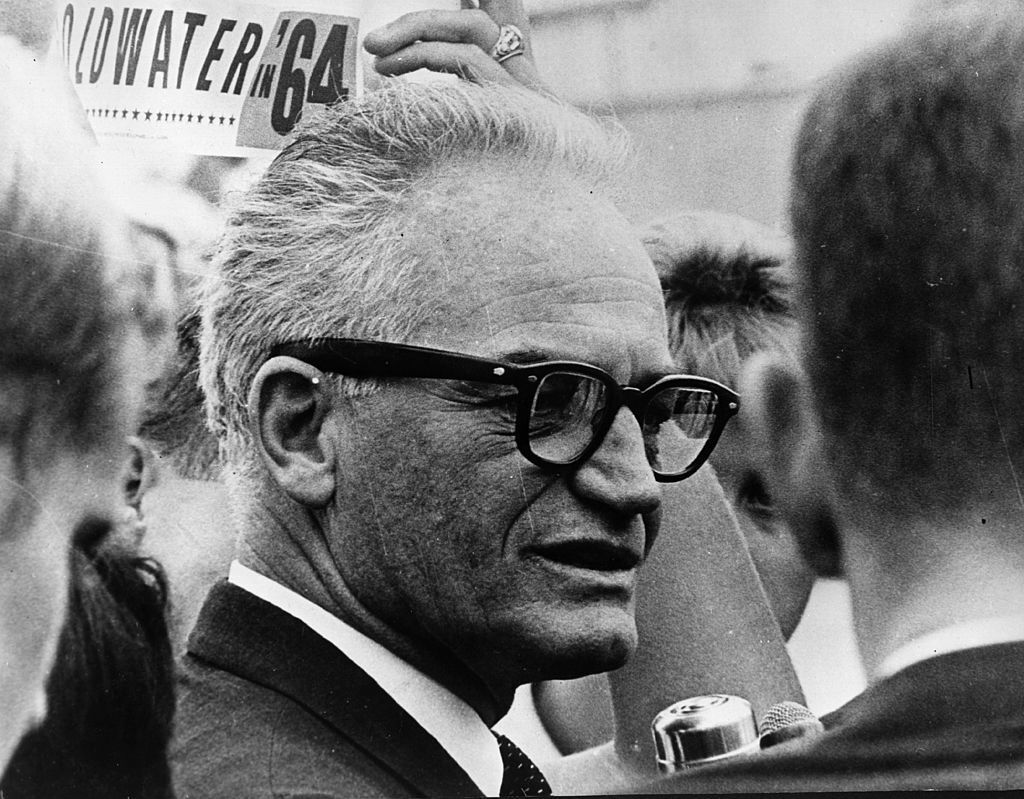 "The Goldwater Rule" was implemented in 1973, preventing psychiatrists from making armchair diagnoses, after Barry Goldwater, the Republican nominee for president, successfully sued a magazine that published an article doubting his sanity.

Contrary to what you may have seen on social media, the so-called "Goldwater rule," a code of ethics prohibiting most psychiatrists from giving opinions about the mental state of anyone they have not evaluated, remains in effect.

The rule re-emerged in headlines Tuesday in the form of an article on the health news website Stat News.

The article said that the American Psychoanalytic Association told its 3,500 "members they should not feel bound" by the rule. It lit up social media, with some Twitter users interpreting it to mean the Goldwater rule was being lifted and mental health professionals could have at President Trump's mental health.

All! The @statnews was misleading regarding our position on the #Goldwaterrule. We will be issuing a statement.

But the group's director of public affairs, Wylie Tene, told NPR that there has been no change to the association's policy. Its members "have always been free to comment on public figures, but have been cautioned against diagnosing," Tene said.

"Our leadership did not encourage members to defy the 'Goldwater Rule.' ... Rather, it articulated a distinct ethics position that represents the viewpoint of psychoanalysts. The field of psychoanalysis addresses the full spectrum of human behavior, and we feel that our concepts and understanding are applicable and valuable to understanding a wide range of human behaviors and cultural phenomenon."

Tene said the original email sent to association members earlier this month can be found here.

For the record, the @APAPsychiatric stands by the Goldwater Rule. Nothing has changed. https://t.co/odt6lbtoT8

The 37,000 members of the American Psychiatric Association, on the other hand, do remain bound by the Goldwater rule. This has spurred one psychoanalyst, who has called into question Trump's emotional stability, to resign from the group in protest. Dr. Leonard Glass told the Psychiatric Times that the rule has become even stricter since Trump was elected to office by preventing psychiatrists from offering not just diagnoses but also opinions.

"My colleagues and I were shocked by what we felt was the APA's 'gag rule,' " Glass said, calling it "an unacceptable infringement on my right and duty to participate in public dialogue about issues that confuse the public and where the perspective of psychiatrists could be very relevant and enlightening."

The Goldwater rule is so named for a 1964 article in Fact magazine that said, "1,189 Psychiatrists say Goldwater is Psychologically Unfit to be President!"

Around half of psychiatrists surveyed said they did not believe the Republican candidate for president, Barry Goldwater, was psychologically fit to serve, calling him "unpredictable" "emotionally unstable" and "a dangerous lunatic!"

Goldwater lost the presidency to incumbent Lyndon B. Johnson but won a lawsuit after suing the magazine for libel. In 1973, the APA implemented the Goldwater rule to try to prevent the same thing from happening again.

But it hasn't stopped mental health professionals and other critics from calling into question Trump's fitness to serve.

Psychiatrists Divided Over The 'Goldwater Rule' In The Age Of Trump

More than 50,000 people have signed their names to a petition on Change.org calling Trump mentally ill and asking for his removal from office. The petition asks for the signatures of mental health professionals.

And in February, 33 mental health professionals — including Glass — signed a letter to The New York Times saying, "We believe that the grave emotional instability indicated by Mr. Trump's speech and actions makes him incapable of serving safely as president."

"Silence from the country's mental health organizations has been due to a self-imposed dictum about evaluating public figures (the American Psychiatric Association's 1973 Goldwater Rule). But this silence has resulted in a failure to lend our expertise to worried journalists and members of Congress at this critical time. We fear that too much is at stake to be silent any longer.

"Mr. Trump's speech and actions demonstrate an inability to tolerate views different from his own, leading to rage reactions. His words and behavior suggest a profound inability to empathize. Individuals with these traits distort reality to suit their psychological state, attacking facts and those who convey them (journalists, scientists)."

A previous version of this story misspelled Wylie Tene's first name as Wyle. In addition, a caption incorrectly said the Goldwater rule was implemented in 1974. It was put in place in 1973.