Accessibility links
The Multiplex And The Plane: China's Moves In Surrounding Seas Raise Eyebrows : The Two-Way In the past week, China has pressed its territorial claims in the South and East China seas, opening a cinema on a disputed island and intercepting a U.S. surveillance plane in an "unsafe" encounter. 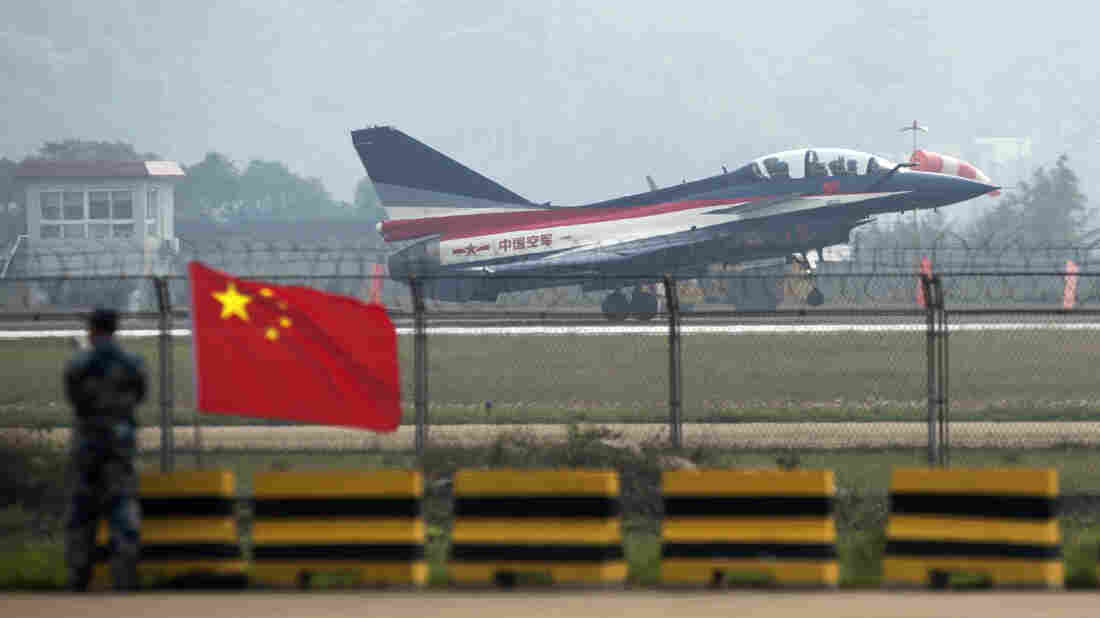 A Chinese J-10 fighter jet, the same model that intercepted U.S. aircraft earlier this week over the East China Sea, takes off from a runway in mainland China in 2014. Johannes Eisele/AFP/Getty Images hide caption 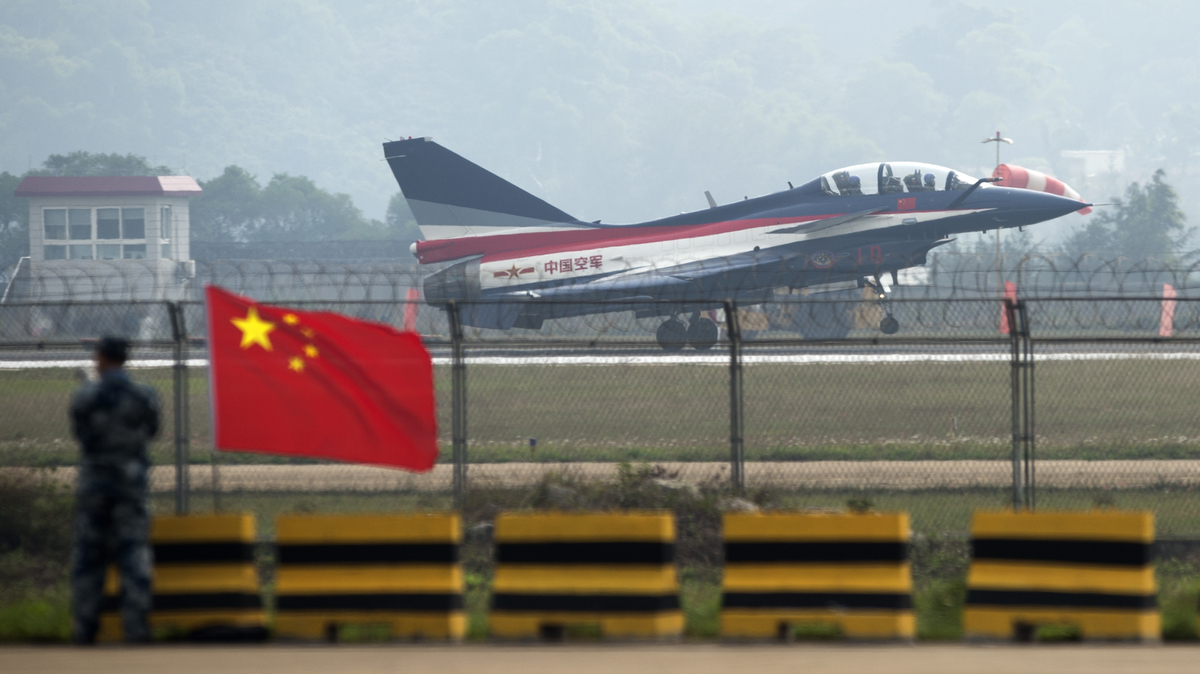 A Chinese J-10 fighter jet, the same model that intercepted U.S. aircraft earlier this week over the East China Sea, takes off from a runway in mainland China in 2014.

Friction has flared anew in the seas off China's eastern border, attracting renewed international scrutiny to the country's disputed territorial claims in the region. Those claims, which have long been a flashpoint of frustration with China's neighbors, surfaced in two different incidents — with two widely different focuses: a fraught airborne encounter and a trendy cinema opening.

First, that airborne encounter: Over the weekend, two Chinese J-10 fighter jets intercepted a U.S. Navy surveillance plane in international airspace over the East China Sea, according to the Pentagon. The run-in has been characterized by both sides as "unsafe" — but that's about where the agreement ends.

Pentagon officials say the fighters approached at such a high speed — and drew so close — that the American EP-3 pilot felt it necessary to take evasive action.

"This is uncharacteristic of the normal safe behavior we see from the Chinese military," Navy spokesman Capt. Jeff Davis said Monday. "There are intercepts that occur in international airspace regularly, and the vast majority of them are conducted in a safe manner. This was the exception, not the norm."

"While we are still investigating the incident, initial reports from the U.S. aircrew characterized the intercept as unsafe," Lt. Cmdr. Matt Knight, spokesman for the U.S. Pacific Fleet in Hawaii, told The Associated Press, noting the EP-3 had been on a routine mission.

China responded with a rebuke of its own this week.

"The close-in reconnaissance of the U.S. aircraft threatened China's national security, damaged the military safety between two countries and put the pilots of both countries in danger," said Chinese Ministry of Defense spokesman Ren Guoqiang, according to the state-run news agency Xinhua. "This is a source of danger for China-U.S. military safety."

And it is by no means the first close encounter between the two sides' aircraft over the East China Sea. As NPR's Amy Held reported, two Chinese fighter jets came within 150 feet of a U.S. airplane in the region in May.

"In 2013, China declared an air defense identification zone over much of the East China Sea and it requires foreign aircraft in the area to follow its orders," NPR's Anthony Kuhn explained. "The U.S. refuses to recognize the zone, and it is unclear whether the incident took place in it."

Elsewhere, in the South China Sea, another dispute involving high-tech equipment has been unfolding — albeit at much lower altitude.

Over the weekend, China unveiled a brand-new cinema for more than 200 moviegoers "in Sansha municipality, China's newest city in the South China Sea," Xinhua reported Tuesday.

That new city, Sansha, was established recently on tiny Woody Island, known by the Chinese as Yongxing Island. It rests in the disputed Paracel Islands chain, which has been claimed in full or in part by at least three other countries. Last year, U.S. defense officials noted they had seen evidence Beijing had deployed surface-to-air missiles to the island.

Competing Claims In The South China And East China Seas

These are the approximate claims by China and other countries. In many cases, countries are intentionally vague about the extent of their claims.

"The dispute is not just about economic assets," NPR's Parallels blog explained last year. "The [South China Sea's] strategic location near half a dozen East and Southeast Asian countries means those countries want to control the military and civilian activities in the area."

An international tribunal in The Hague has found "no legal basis" for China's territorial claims in the sea — a finding that Beijing has rejected.

Still, Xinhua made no mention of the continuing controversy. It simply celebrated the new theater as a boon to local residents, tourists — and members of the Chinese military, as Gu Xiaojing of the Hainan Media Group pointed out to the paper.

"The cinema will show at least one film every day, so residents and soldiers on Yongxing Island can enjoy films simultaneously with moviegoers across the country."