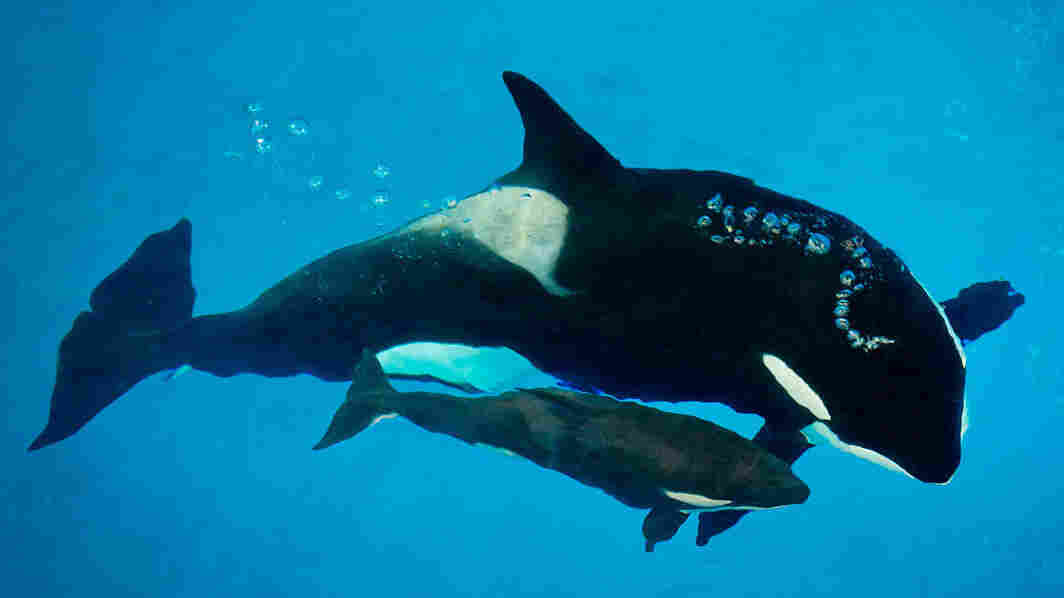 Kyara, the 3-month-old calf born at SeaWorld in San Antonio, died Monday after battling "some very serious and progressive health issues over the past week," the company announced. Courtesy of SeaWorld hide caption 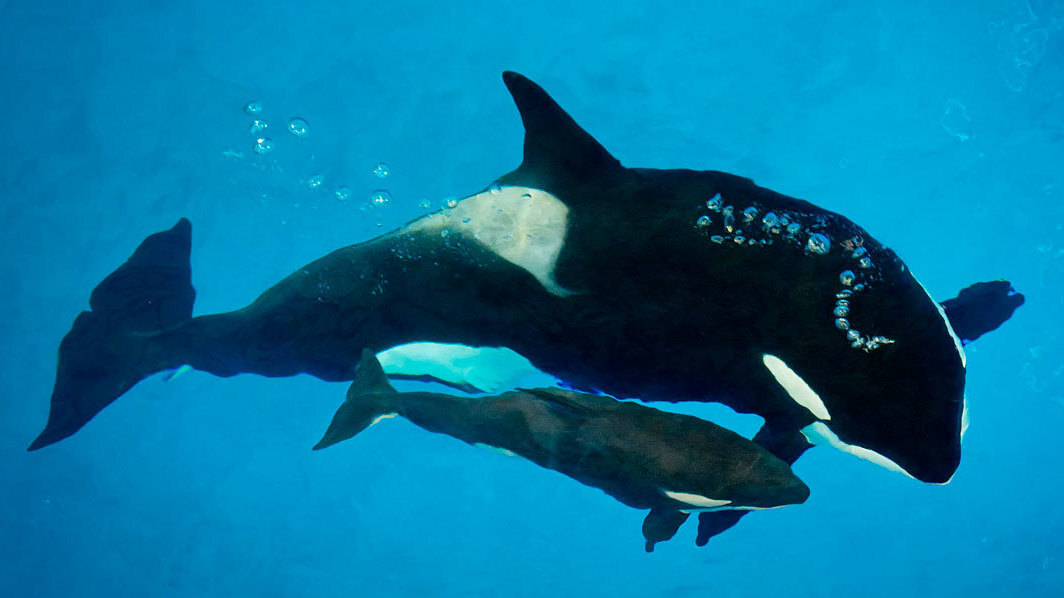 Kyara, the 3-month-old calf born at SeaWorld in San Antonio, died Monday after battling "some very serious and progressive health issues over the past week," the company announced.

The last orca to be born in captivity at SeaWorld died Monday after just three months of life, the company announced. The calf, named Kyara, succumbed to "some very serious and progressive health issues over the last week" at SeaWorld's park in San Antonio.

"Kyara had a tremendous impact on each of her care staff, not to mention all of the guests that had the chance to see her," trainer Julie Sigman said in a statement. "From late nights to early morning, rain or shine, we dedicate our lives to these animals, and this loss will be felt throughout the entire SeaWorld family."

Though the company refrained from offering an official cause of death, pending a postmortem conducted by the veterinarian team, it noted "we know that Kyara had an infection, likely pneumonia."

SeaWorld welcomed Kyara into the world in April, heralding the calf's birth to 25-year-old Takara as "an exciting and emotional day for us."

It was also the end of an era — marking the last captive birth as part of the company's breeding program, which it formally shuttered last March after significant backlash from animal rights activists.

Partly impelled by the 2013 documentary Blackfish — which made the case that SeaWorld's cruel treatment of its marquee performers led to the orcas' aggressive behavior — protests against the program sunk the company's stock value and left its attendance tumbling.

Recently, the company has opted to change some of its procedures — including putting an end to orca theatrics at its park in San Diego and planning an end to them at other locations such as San Antonio. The company still has nearly two dozen killer whales between these two parks and its location in Orlando, Fla., a SeaWorld spokesman told NPR's Amy Held earlier this year.

These changes have left some people unconvinced — including former SeaWorld trainer John Hargrove, who appeared in Blackfish.

"I am grateful Tiki's calf only lived for 3 months in a concrete box deprived of all things natural," Hargrove tweeted Monday. "For Takara, my heart is broken in pieces."