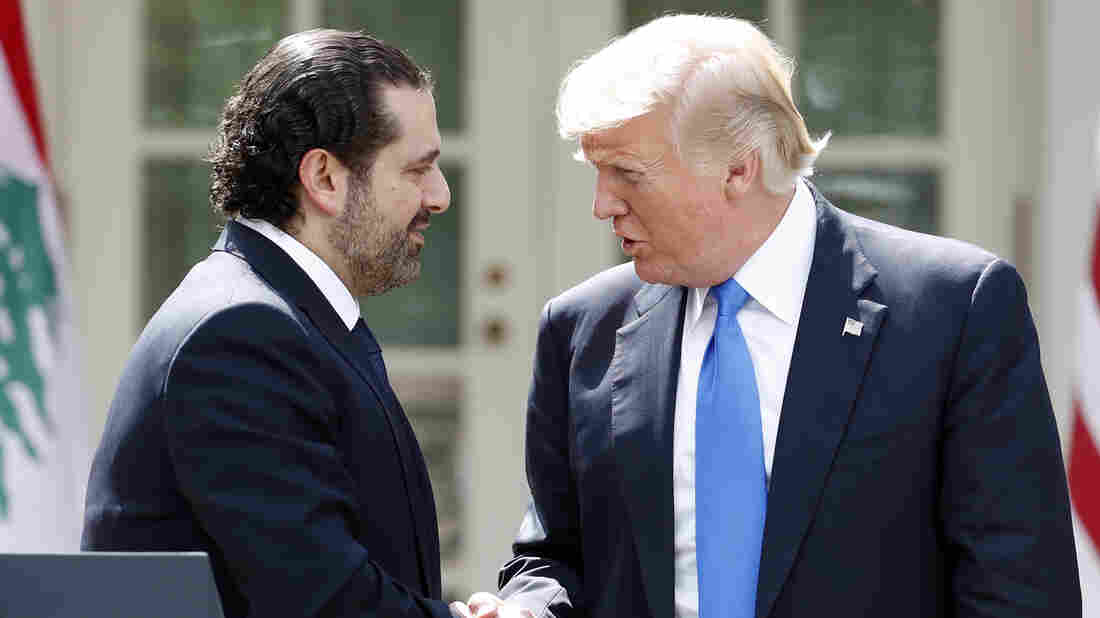 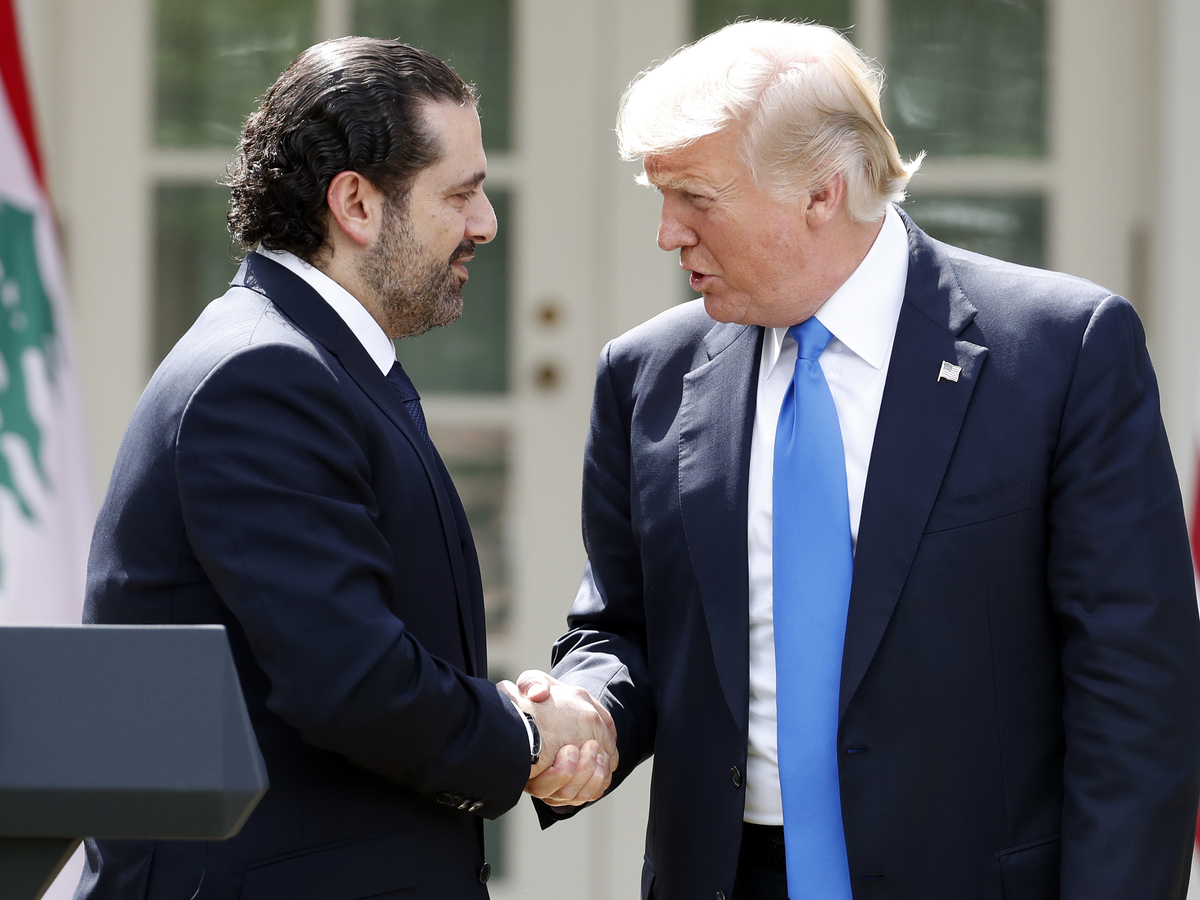 "Our approach supporting the humanitarian needs of displaced Syrian citizens as close to their home country as possible is the best way to help most people." Trump said.

In April the State Department announced new funding in response to the Syrian crisis, with $167 million going to Lebanon in support of Syrian refugees, totaling $1.4 billion since the start of the conflict.

Hariri was expected to seek additional U.S. aid to help deal with the flood of Syrian refugees who now make up about a quarter of Lebanon's population of 6 million people, reports The Associated Press.

Before the press conference, the leaders met in the Oval Office and Hariri said they "discussed the pressures Lebanon is facing as a result of 1.5 million Syrians displaced in our country. I outlined to President Trump my government vision for dealing with this crisis with the support of the international community."

An appeals court overturned that ban as well, but the Supreme Court allowed portions to go through, including a 50,000 cap on refugees allowed into the U.S. — a number reached earlier this month, meaning many will be turned away.

Trump and Hariri also emphasized their solidarity in fighting terrorism.

"(T)he Lebanese Army has been fighting continually to guard Lebanon's border and prevent ISIS and other terrorists — of which there are many — from gaining a foothold inside their country," Trump said. "The United States military has been proud to help in that fight and will continue to do so."

He did not specify what level of support Lebanon could expect. Reuters reports, "Lebanon's military has received hundreds of millions in military assistance from the United States and Britain in recent years, as part of efforts to bolster Lebanon against a threat from militants across the Syrian border."

The Iranian-backed Hezbollah is based in Lebanon and Reuters says U.S. lawmakers are considering increasing sanctions on the group, which some Lebanese officials fear could harm the country's banking industry.

"We believe that dialogue is the best way (of) improving this relationship between Saudi Arabia and Qatar," Hariri said. "I believe that maybe the United States also could help in solving this issue in the Gulf."

Trump did not comment on the ongoing feud. NPR's Jackie Northam has reported that the U.S. response to the crisis has been confused, "You have President Trump ... publicly siding with Saudi Arabia. And then you have the State Department ... criticizing Saudi Arabia for the blockade of Qatar," she said.

Trump was also asked about Syrian President Bashar Assad and Trump brought up the airstrikes he ordered on a Syrian airfield in April, following a deadly chemical attack that the international community says Assad launched on his own people.

"I am not somebody that will stand by and let him get away with what he tried to do," Trump said. Then he mentioned the red line President Barack Obama had drawn in 2012 regarding Syria's use of chemical weapons.

Obama did seek congressional approval to launch airstrikes in Syria in 2013, following the use of chemical weapons, but was rebuffed. A year later, the United States launched airstrikes on Syria for the first time.