Accessibility links
After A Year In Space, The Air Hasn't Gone Out Of NASA's Inflated Module : The Two-Way The Bigelow Expandable Activity Module was pumped up after it arrived at the International Space Station in 2016. NASA says it's doing well in the harsh environment. 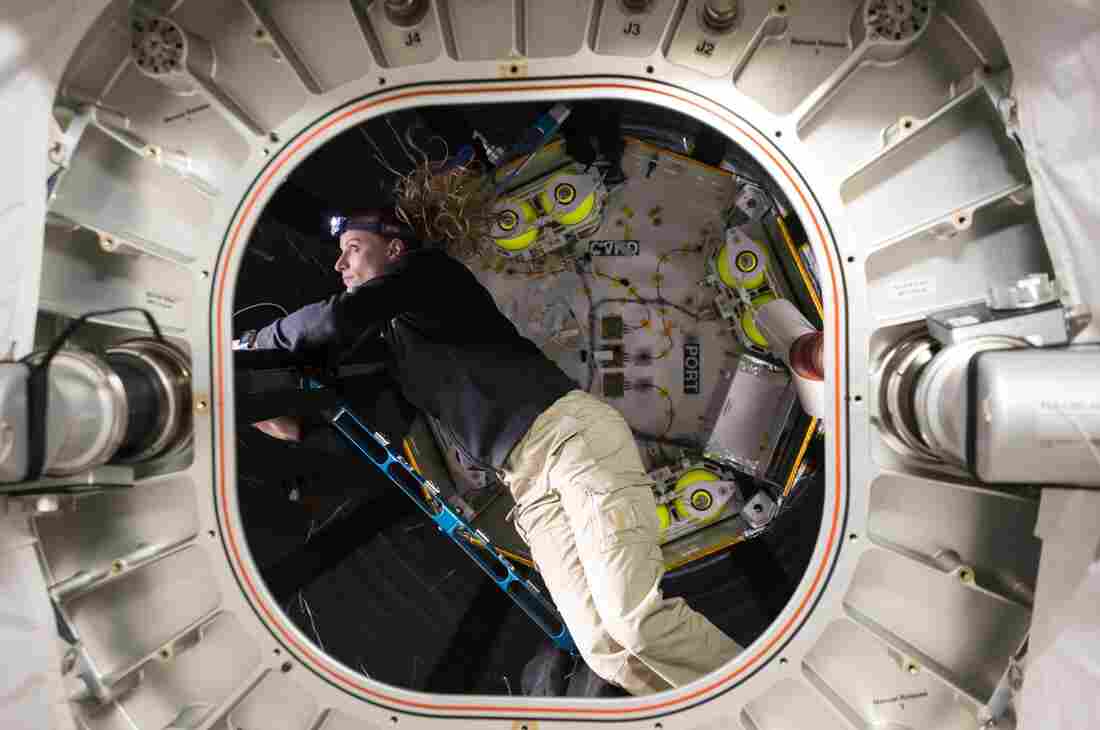 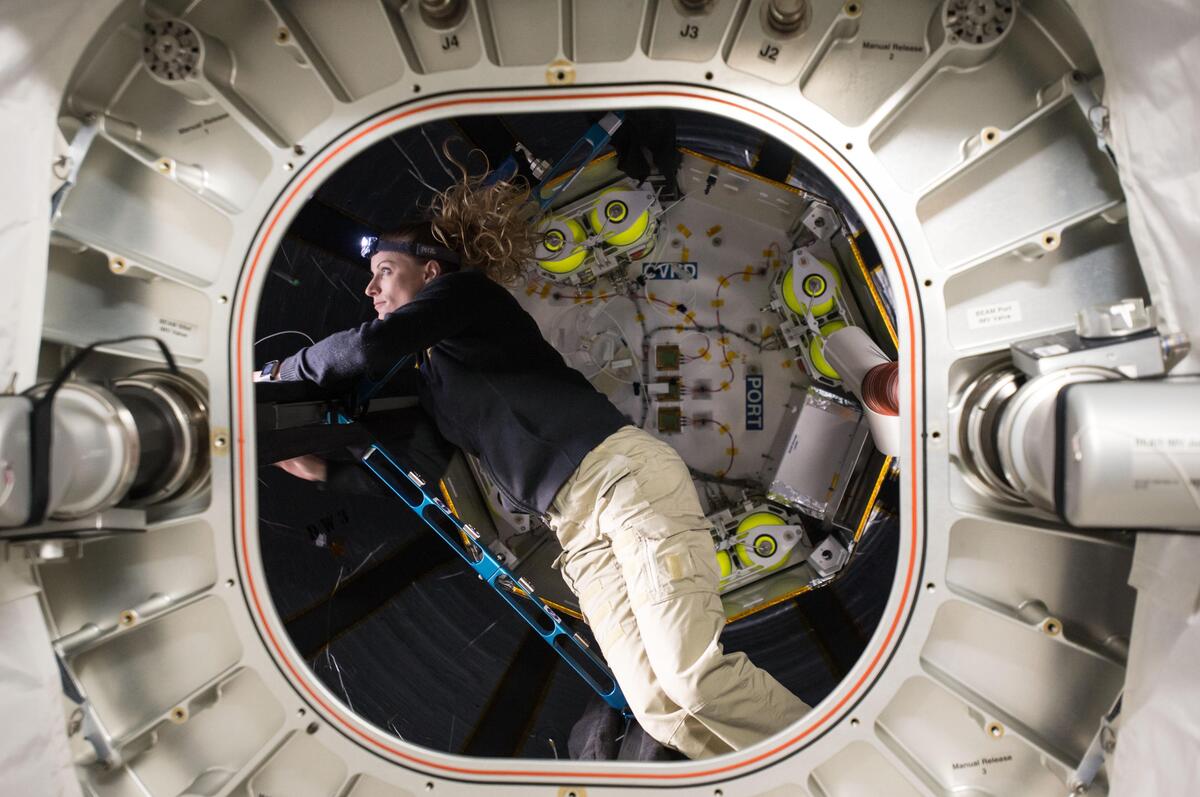 Flight engineer Kate Rubins checks out the Bigelow Expandable Activity Module, which is attached to the International Space Station.

A prototype of what could be the next generation of space stations is currently in orbit around the Earth.

The prototype is unusual. Instead of arriving in space fully assembled, it was folded up and then expanded to its full size once in orbit.

The module is called BEAM, the Bigelow Expandable Activity Module, and it has been attached to the International Space Station since April last year.

Expandable modules allow NASA to pack a large volume into a smaller space for launch. They're not made of metal, but instead use tough materials like the Kevlar found in bulletproof vests.

The station crew used air pressure to unfold and expand the BEAM, but it's wrong to think about BEAM as expanding like a balloon that could go "pop" if something punctured it.

NASA's Jason Crusan says there is a better analogy: "It's much like the tire of your car."

Even with no air in it, a tire retains its tirelike shape.

When BEAM unfolded in orbit, it adopted its more natural shape, something resembling a stumpy watermelon. Even if it was to lose all its internal air, "it still has structure to it," says Crusan.

Of course NASA would prefer BEAM not lose all its air, so there are many layers of shielding to prevent things like meteorites or other space debris from poking a hole in BEAM.

"We do believe we've taken at least one hit," says Crusan. "Very small in nature, and actually we can't even visually see where it's at."

Crusan says there was no loss of pressure from the hit.

NASA isn't actually using BEAM for anything. It's there just to see how it behaves in space. But Crusan says the space station crew does go inside every once in a while to check sensors inside the module. He says crew members seem to like visiting BEAM. 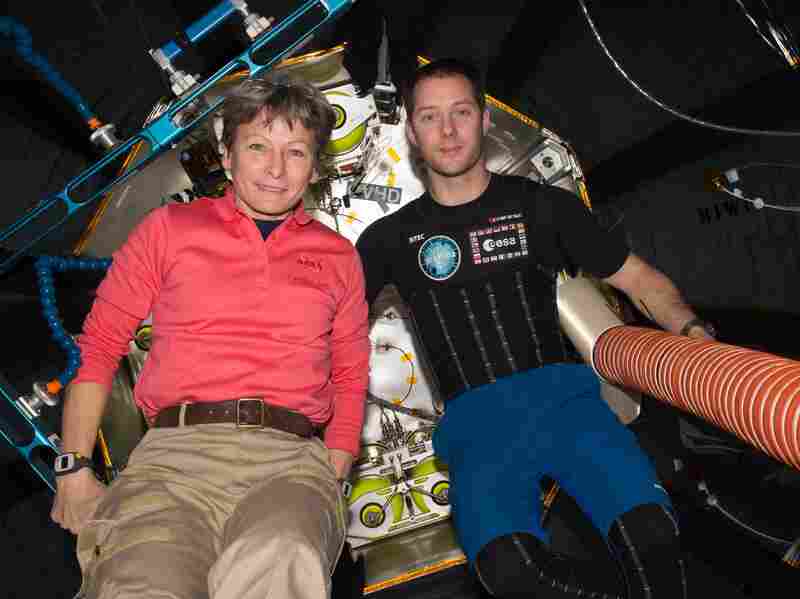 Astronauts Peggy Whitson and Thomas Pesquet are photographed inside BEAM, which has an interior roughly the size of a medium school bus. NASA hide caption 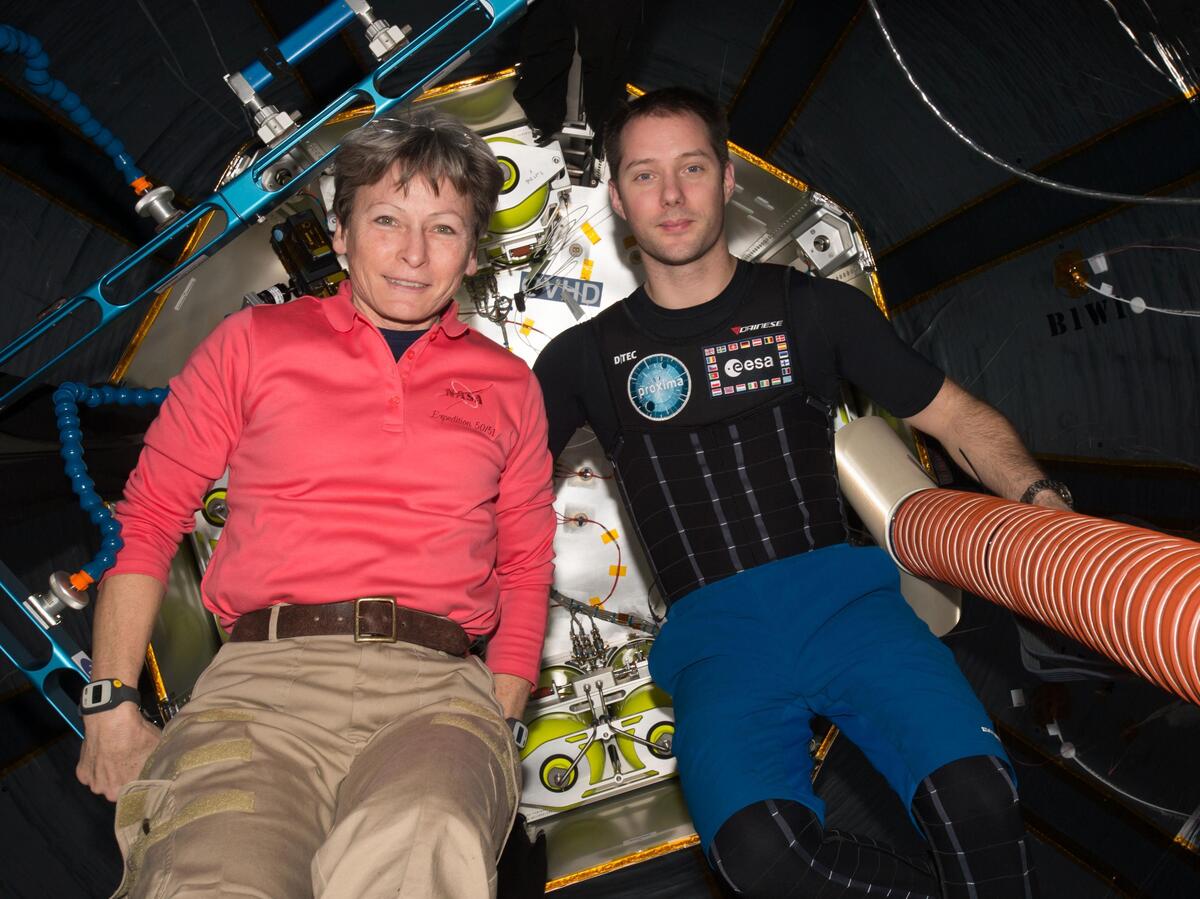 Astronauts Peggy Whitson and Thomas Pesquet are photographed inside BEAM, which has an interior roughly the size of a medium school bus.

"We've actually had up to six crew members at a time inside of it. It's about 15 to 16 cubic meters inside," says Crusan. That translates to something like the interior space of a modest-sized school bus.

The original plan was to detach BEAM after two years and let it burn up as it re-enters Earth's atmosphere. But there has been a change.

"Because of its performance and it's doing extremely well, there's really no reason to throw it away," says Crusan.

Since storage is at a premium aboard the space station, NASA now plans to use BEAM as a kind of storage shed and to keep it in space as long as the station continues to operate.

The company that made BEAM, Bigelow Aerospace, has big plans for expandable modules, including a stand-alone space station called the B330. The B330 will be 20 times larger than BEAM. But company president Robert Bigelow remains cautious despite the good performance of BEAM.

"No, I worry too much," says Bigelow. The B330 is much, much more complex than BEAM.

"It has two propulsion systems," he says. "It has very large solar arrays, a full suite of environmental life-support systems."

These are all things that have to work flawlessly in order to keep a crew alive and happy in space.

"That's why I walk around perpetually with a frown. It's just because there's so much to think about and be concerned about," says Bigelow.

Despite his concerns, Bigelow says his new space stations may be in orbit before too long. His company plans to have two B330s ready for launch in 2020.