Accessibility links
PHOTOS: Japanese Scientists Turn Chrysanthemums 'True Blue' : The Two-Way The scientists introduced genes from two other flowers that allowed the mums to mimic the chemical process producing blue pigment. This might be applicable to other flowers, like roses and lilies. 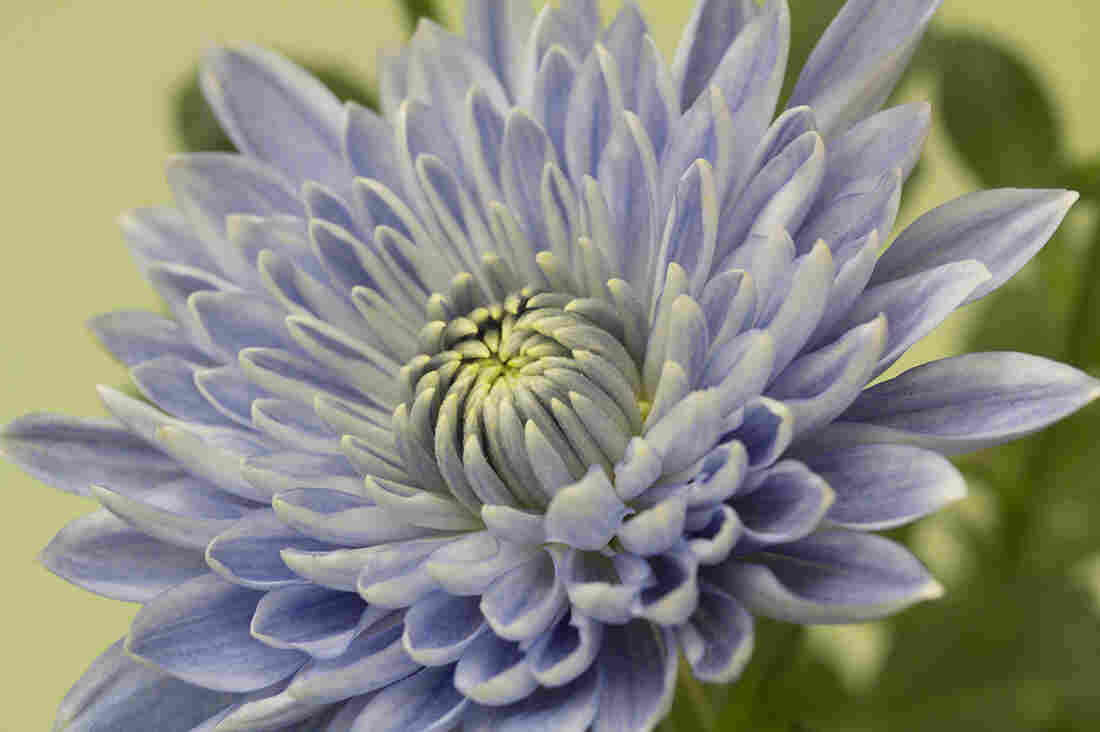 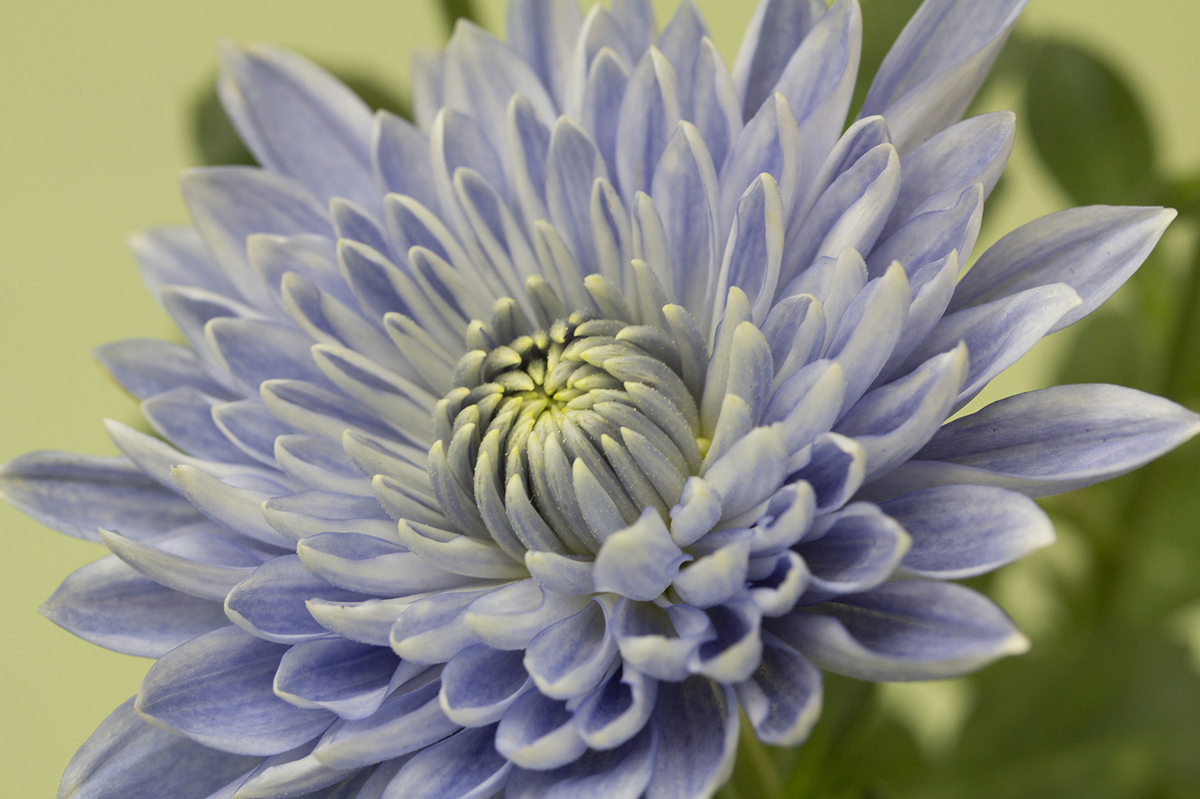 Japanese scientists have genetically engineered a chrysanthemum flower that is "true blue" — a color that has long eluded flower breeders and researchers.

Blue has proved a challenge to produce in many other popular flowers, including roses, carnations and lilies.

It hasn't happened until now in chrysanthemums due to the "recalcitrant and unpredictable expression of introduced genes," Naonobu Noda from Japan's National Agriculture and Food Research Organization tells The Two-Way. Noda is the lead author of the paper released today in Science Advances.

When scientists tried previously to introduce genes to create a blue color, Noda said, the flower would "shut them off by as yet unknown mechanisms." Other attempts produced violet flowers, not blue ones.

The researchers then took genes from two very blue flowers — butterfly peas and Canterbury bells — and snuck them into the chrysanthemum. 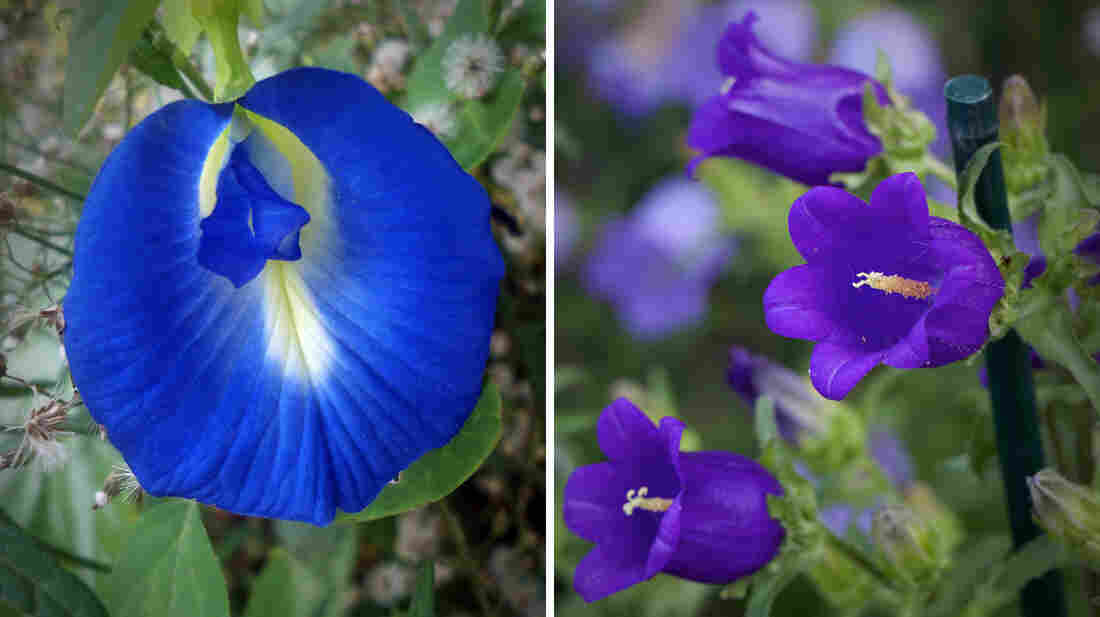 Scientists introduced genes from the butterfly pea (left) and the Canterbury bell (right) into the chrysanthemum. Wikimedia Commons hide caption

The scientists said the petals only turned a brilliant "true blue" due to an interaction between the delphinidin and the chrysanthemum's other, colorless compounds.

How do you define "true blue"? The Royal Horticultural Society has strict parameters, as defined by its color charts: 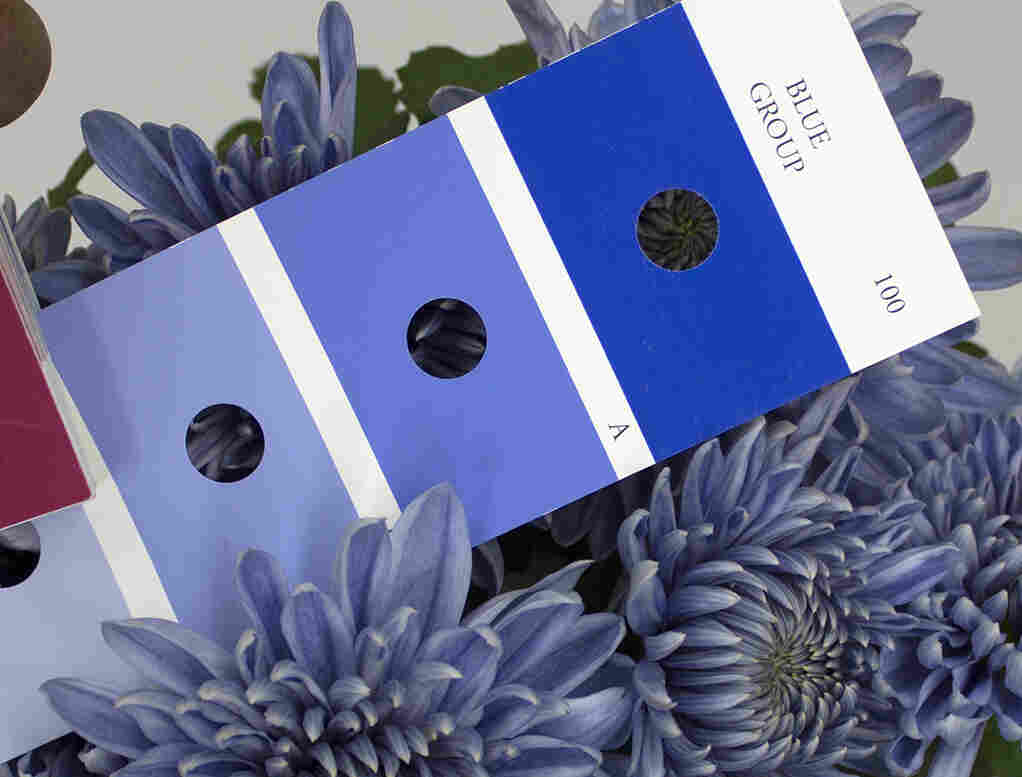 Noda says that this is a simpler process than they were expecting to have pigments express blue coloration, and adds that the technique might be applicable to other flowers, like roses and lilies.

Chrysanthemums are the most popular flower in Japan, according to The Associated Press. Here's more from the wire service:

"Like the cherry blossom, the chrysanthemum, called 'kiku' in Japanese, symbolizes the season, but more than that, it's a symbol of the country itself. The monarchy is referred to as the Chrysanthemum Throne and the imperial crest is a stylized mum blossom. That seal is embossed on Japanese passports. The flower is also a common motif in art, and it's seen in everyday life depicted on the 50-yen coin."

However, don't expect to see blue mums in stores soon. Noda says they have no specific plans for their sale, adding that "as they are genetically modified organisms, it is not easy to commercialize." 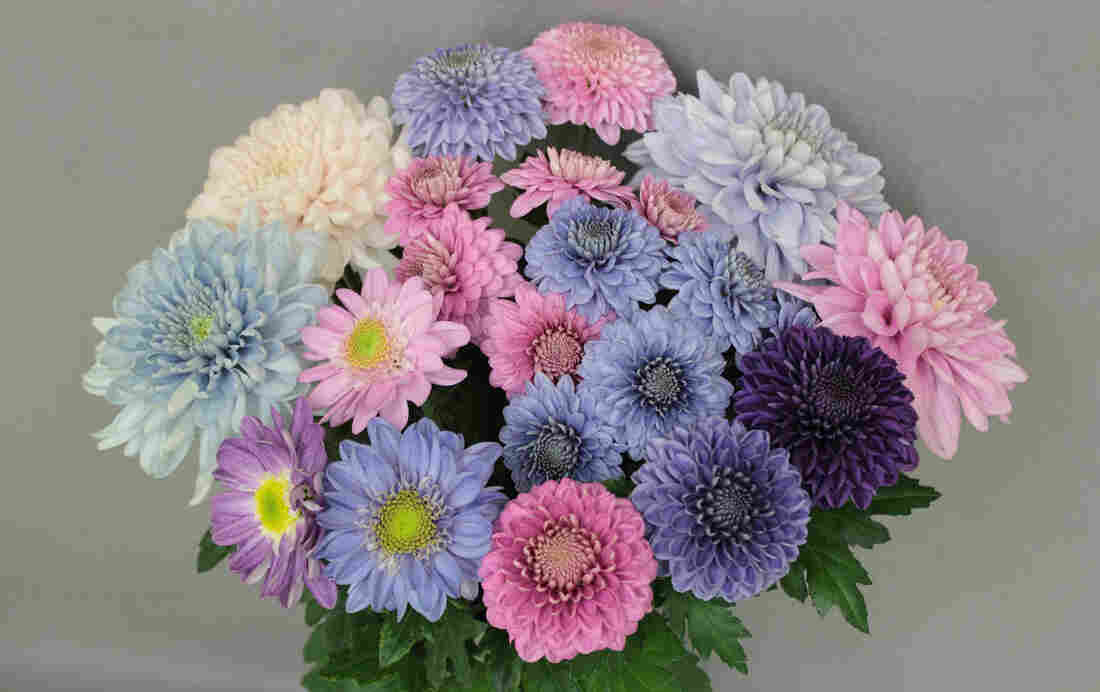