Accessibility links
Federal Reserve Holds Interest Rates Steady : The Two-Way As expected, the Federal Reserve says it will hold interest rates in a range between 1 percent and 1.25 percent, while noting job gains have been solid and the labor market continues to strengthen. 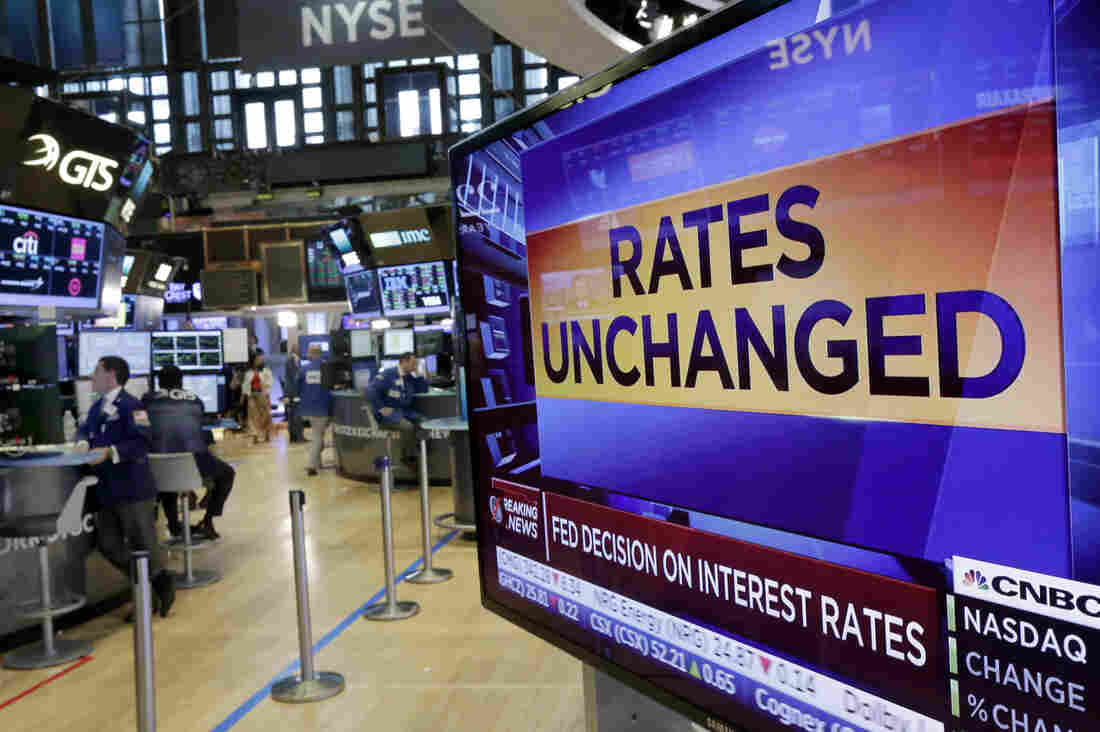 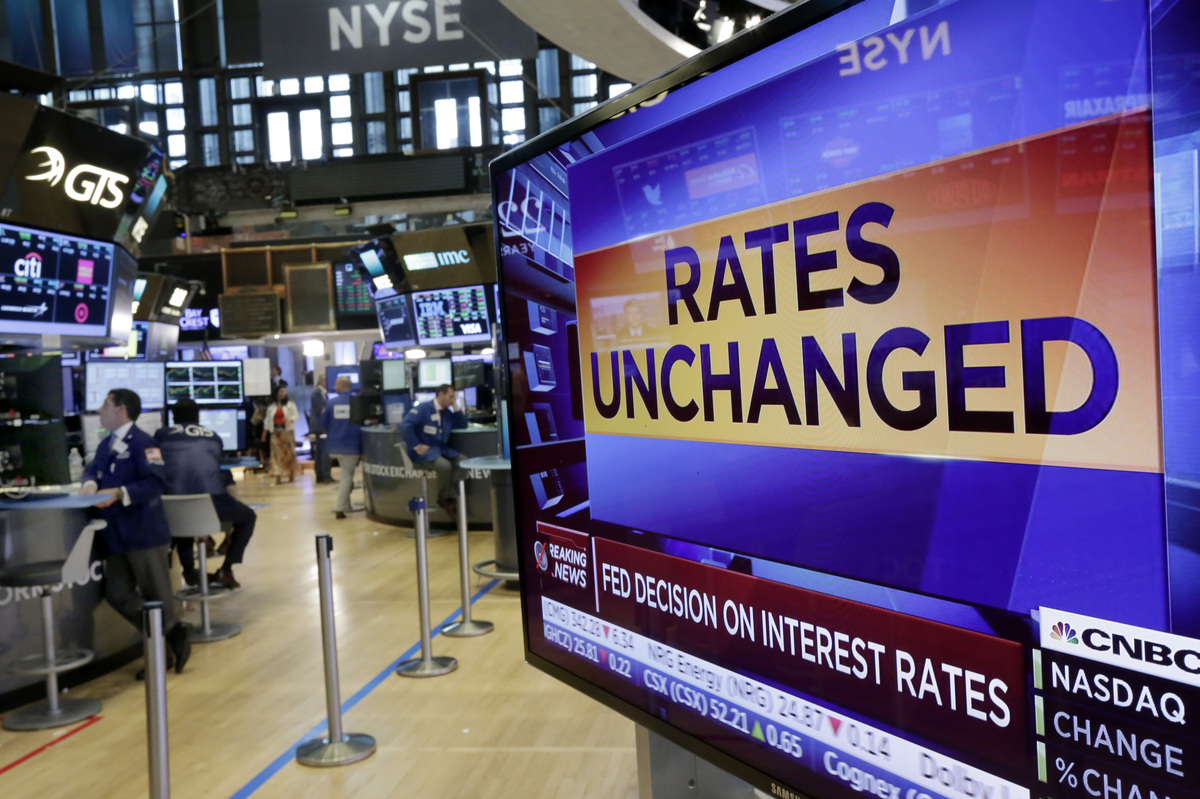 A television screen on the floor of the New York Stock Exchange shows the Federal Reserve's rate decision on Wednesday.

After a two-day meeting in Washington, D.C., Federal Reserve policymakers say they'll keep their benchmark rate in a range between 1 percent and 1.25 percent for the time being.

Fed officials said "job gains have been solid" and the U.S. "labor market continues to strengthen" in the statement after a meeting of the Federal Open Market Committee.

The officials described economic activity as "rising moderately." They noted that unemployment rate has declined since the beginning of the year. The Fed is close to meeting its mandate to maximize employment.

However, officials also noted Wednesday that inflation is running below the 2 percent target they think is best for supporting economic growth. Concern about lagging inflation could pressure the Fed to hold rates lower for a longer period of time.

Fed officials also said that they plan to begin selling off some of the securities on their huge balance sheet "relatively soon." The Fed bought trillions of dollars in government bonds and mortgage-backed securities after the financial crisis, injecting money into the economy in an effort to boost growth. During that time, the total value of securities on the Fed's balance sheet rose from under $900 billion to over $4.5 trillion.

Analysts expect the Fed will begin the process of selling those securities this fall. However, the sell-off will happen over a period of years. Dumping the securities on the market rapidly could destabilize financial markets and harm the economy.