Accessibility links
Admiral Says He Would Launch A Nuclear Strike On China If Trump Ordered It : The Two-Way While Adm. Scott Swift's affirmative response to that nuclear scenario might sound like cause for alarm, a spokesman for the Pacific Fleet said the premise of the question was "ridiculous." 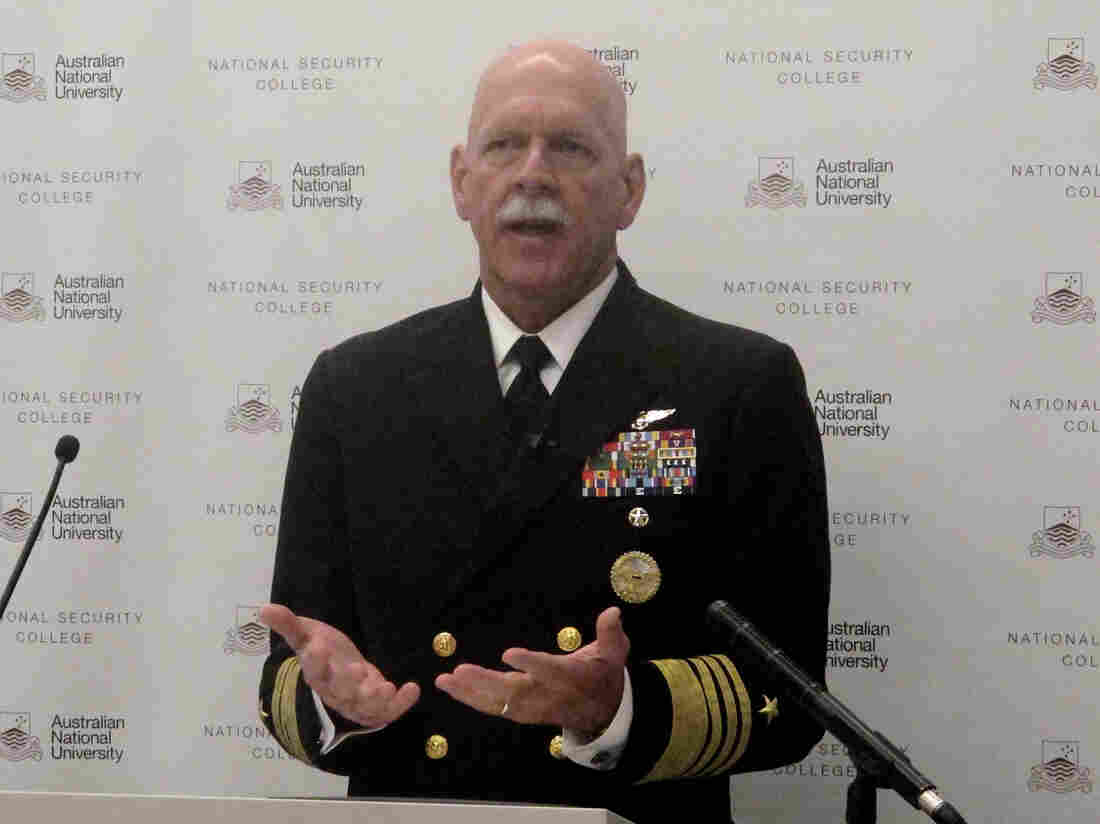 At a security conference in Australia on Thursday, Adm. Scott Swift said he would launch a nuclear strike against China next week if President Trump ordered it. He warned against the military ever shifting its allegiance from civilian control. Rod McGuirk/AP hide caption 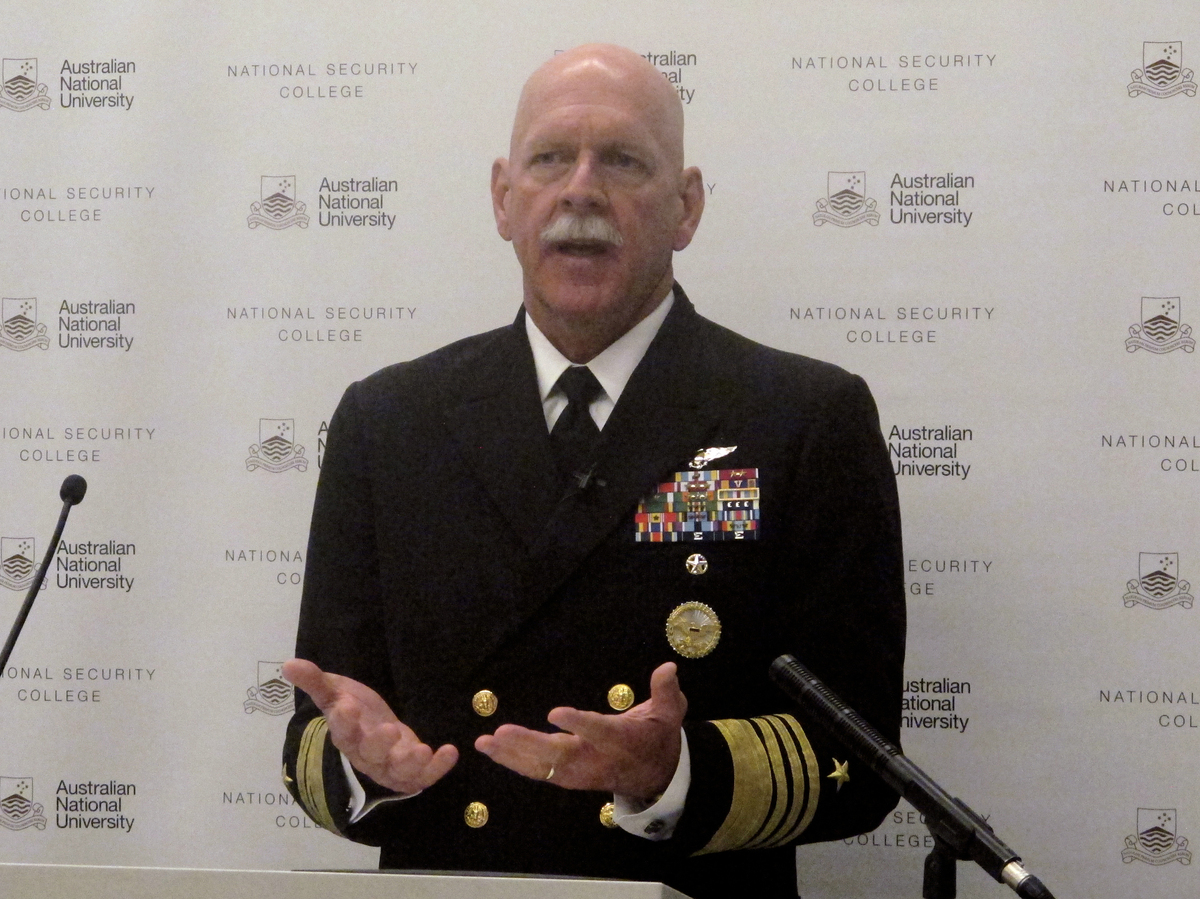 At a security conference in Australia on Thursday, Adm. Scott Swift said he would launch a nuclear strike against China next week if President Trump ordered it. He warned against the military ever shifting its allegiance from civilian control.

At a security conference in Australia on Thursday, this scenario was posed to the commander of the U.S. Pacific Fleet: If ordered to do so by President Trump, would he would launch a nuclear attack on China next week? His response: Yes.

An academic in the audience posed this question to Adm. Scott Swift: "At risk of being blunt ... If, when you return to your command next week, you were to receive an order from the commander in chief, the president of the United States, to make a nuclear attack on China, would you do it?"

Adm. Swift takes questions at a security conference on Thursday.

As the audience tittered at the premise, the admiral smiled and said, "So far, these were yes and no answers."

"The answer would be yes," Swift went on. "Every member of the U.S. military has sworn an oath to defend the constitution of the United States against all enemies foreign and domestic and to obey the officers and the president of the United States as the commander in chief appointed over us."

"This is core to American democracy and any time you have a military that is moving away from a focus and an allegiance to civilian control, then we really have significant problems," Swift added.

While the admiral's affirmative response to that nuclear scenario might sound like cause for alarm, a spokesman for the Pacific Fleet said the premise of the question was "ridiculous."

"It was posed as an outrageous hypothetical, but the admiral simply took it as an opportunity to say the fact is that we have civilian control of the military and we abide by that principle," Pacific Fleet spokesman Capt. Charlie Brown told Reuters.

"Admiral Swift answered the question the only way a serving military officer could," Rory Medcalf, who heads the National Security College and hosted the talk, told The New York Times. "It would have been a lot more controversial if he had said, no, he would not obey the commander in chief."

China does have nuclear weapons, though its arsenal is smaller than what the U.S. or Russia maintains. The Times reports that the country "has long said that it would not use nuclear weapons against a nation that did not have them or in a first strike against a nuclear-armed adversary. But there have been occasional calls to change that 'no first use' policy."

Worries about a loss of civilian control arose in December when President-elect Trump announced retired Marine Gen. James Mattis as his pick for defense secretary. It was rare to choose a retired general for the post, and he had only been out of uniform for three years, instead of the required seven, which meant Mattis needed a waiver to take the job.

While there has been some increased military action since Trump has taken office, "Pentagon officials and defense analysts also say that the generals — particularly Mattis and [national security adviser H.R.] McMaster — have moderated Trump on a number of issues, pushing the president away from the use of torture, getting him to embrace NATO and making their case that Russia is a threat," NPR's Tom Bowman has reported.