Accessibility links
Venezuela Bans Protests Ahead Of Vote For Constituent Assembly : The Two-Way All demonstrations that "might disturb the electoral process" have been outlawed ahead of President Nicolas Maduro's vote on delegates to rewrite the constitution. But protesters remain undeterred.

Venezuela Bans Protests Ahead Of Vote For Constituent Assembly

Venezuela Bans Protests Ahead Of Vote For Constituent Assembly 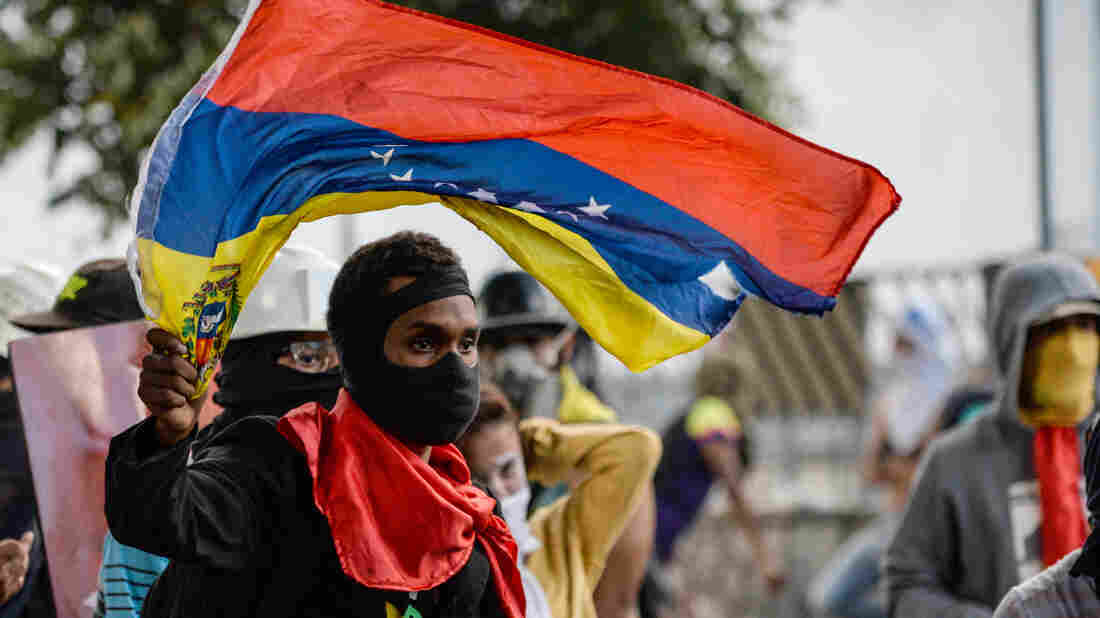 An anti-Maduro demonstrator waves the Venezuelan flag at a protest in the capital, Caracas, on Wednesday. The government banned such demonstrations nationwide for the next five days, as the country approaches a Sunday vote on delegates for Maduro's constituent assembly, which would lead a rewrite of the constitution. Federico Parra/AFP/Getty Images hide caption 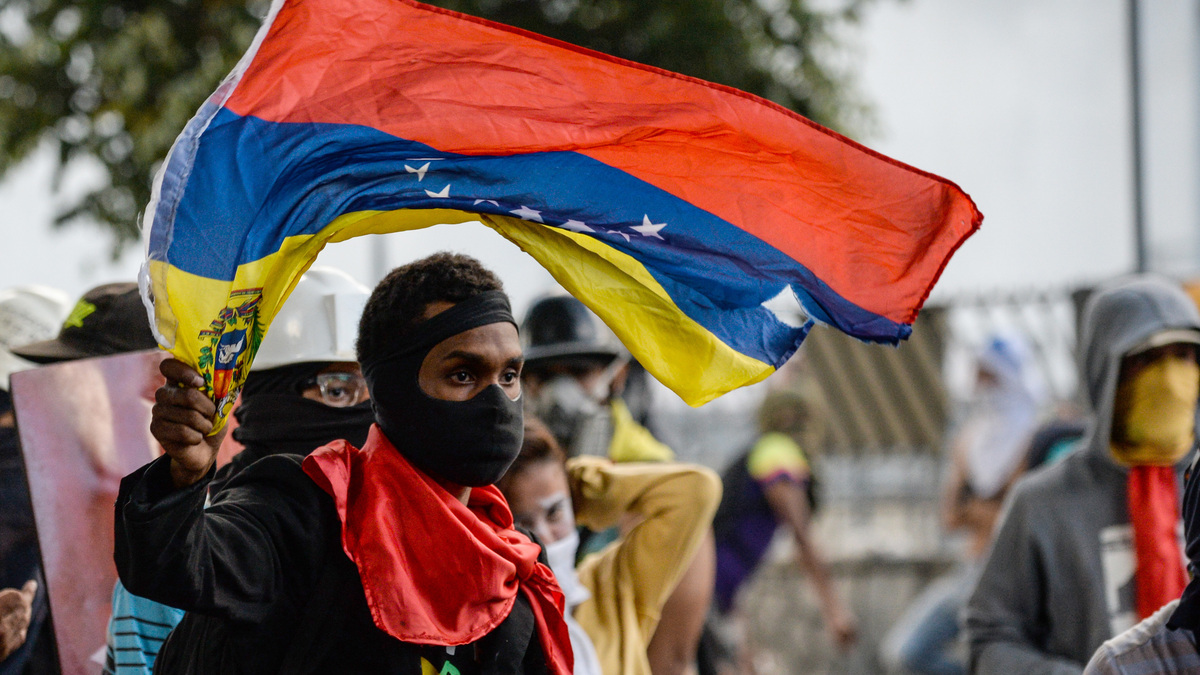 An anti-Maduro demonstrator waves the Venezuelan flag at a protest in the capital, Caracas, on Wednesday. The government banned such demonstrations nationwide for the next five days, as the country approaches a Sunday vote on delegates for Maduro's constituent assembly, which would lead a rewrite of the constitution.

Just days away from a national vote to decide the delegates who will rewrite Venezuela's constitution, President Nicolas Maduro's government is trying a new method of clamping down on popular unrest: a complete ban on demonstrations nationwide for the next five days.

"It is prohibited throughout all national territory, all public meetings and demonstrations, gatherings and other similar acts that might disturb the electoral process," Interior Minister Néstor Reverol announced Thursday on state-run media, according to a CNN translation.

Fear And Fury In Venezuela, As Strike Protesting 'Dictatorship' Begins

The ban comes as the country careens toward a national election Sunday, called by Maduro to select the members of a constituent assembly tasked with replacing the 18-year-old constitution. He has positioned the move as a cure for the months of protests that have seized city streets since early April, when the country's Supreme Court made an abortive attempt to dissolve a National Assembly packed with opposition politicians.

Maduro did not ask whether Venezuelans actually wanted to replace their constitution, however. That question was posed to voters earlier this month in an unofficial, opposition-organized referendum — and the more than 7 million voters who participated overwhelmingly rejected Maduro's plan.

"Maduro's opponents say the assembly's rigged to be pro-government and will rewrite the constitution to make Venezuela an all-out dictatorship," NPR's Philip Reeves reports.

Still, Maduro dismissed that vote as "a meaningless internal exercise" and vowed to plow ahead with his own, which the opposition has promised to boycott.

Opposition activists, who launched a two-day nationwide strike Wednesday morning, have proved to be just as obstinate — responding to the protest ban by vowing that a huge anti-government demonstration will proceed as planned Friday.

Meanwhile, Venezuelans continue to die in clashes between protesters and Maduro's security forces, with two recent killings pushing the death toll past 100, by The Associated Press' count.

The U.S. State Department ordered embassy dependents to leave Venezuela on Thursday, and has authorized the voluntary departure of government employees.

"The level of impunity is extremely high, and that continues on to a situation like this," David Smilde, a Tulane University expert on Venezuela, tells the wire service. "If you look at the violence it would appear that this time around, most of it is coming from pro-government forces, either National Guard and police or 'colectivos' that are aligned with the government."

It is partly for this use of force that the Trump administration leveled sanctions against 13 current or former Maduro officials on Wednesday.

A previous version of this headline and story incorrectly referred to the upcoming vote as a referendum.