Accessibility links
J.M. Barrie's Lost Play: Madcap 'Sit-Com' By Peter Pan's Creator Finally Surfaces : The Two-Way J.M. Barrie penned The Reconstruction of the Crime with E.V. Lucas — but the play was never performed in his lifetime or the 80 years since. Now, the tale of mistaken identity is getting published. 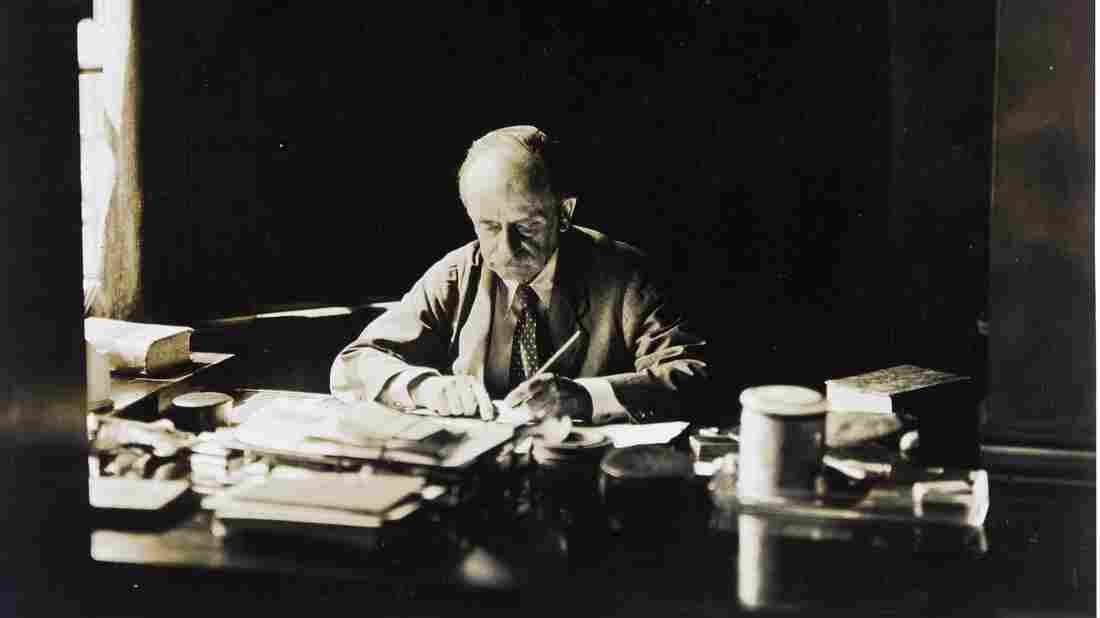 J.M. Barrie, at work at his desk in an undated photograph. Getty Images hide caption 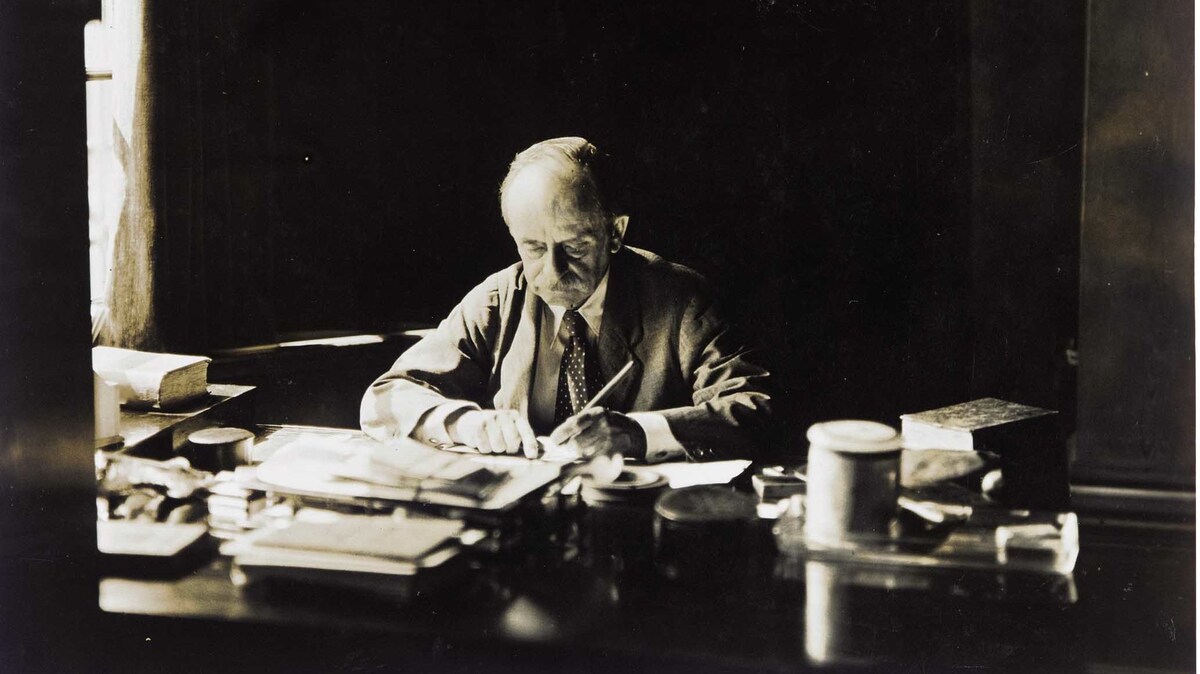 J.M. Barrie, at work at his desk in an undated photograph.

It has been 80 years since J.M. Barrie died. It has been even longer since Peter Pan's creator penned The Reconstruction of the Crime with humorist E.V. Lucas — and yet in all this time, editor Andrew Gulli says the brief play the pair pulled together never glimpsed the stage or even the printed page.

That changes this week, as Gulli's The Strand Magazine has finally published the typescript of the bedroom farce long squirreled away at the University of Texas' Harry Ransom Center.

"It could be a short episode in a sit-com," Gulli tells NPR. "The husband is sick, and he's asking his wife to get a home remedy for him. The rooms get mixed up, and she ends up going to the room of the wrong person. And the wrong person gets very startled and feels that an attempt has been made upon his life."

The Evolution of 'Peter Pan'

The Evolution of 'Peter Pan'

In fact, the setup reminds him of another pop culture icon, one you might not readily associate with Peter Pan: Frasier, that mainstay of primetime TV comedy. "It's just a madcap, good-natured plot."

But — like the 1904 play that introduced Peter Pan, who famously asked the audience to save Tinker Bell by clapping — Barrie's undated collaboration with Lucas invokes their viewers directly. Only this time, the Scottish playwright asks them to keep quiet.

"Please don't applaud," a character known only as The Victim tells the crowd at the outset, according to The Associated Press. "Of course I like it; we all like it. But not just now. This is much too serious. The fact is I want to take you into my confidence: to ask your assistance. A horrible crime has been committed. An outrage almost beyond description has been perpetrated upon an inoffensive gentleman staying in a country hotel, and the guilty person has to be found."

But before the play could be published, Gulli says he had to unravel a mystery of mistaken identity in his own right.

The magazine had originally slated it to publish in February — but just days before they went to press, he got a phone call from his copy editor telling him another Barrie play, with a very similar name, had been broadcast about a century ago. And it was living at the Beinecke Library at Yale.

That play's name? Reconstructing the Crime — which, you'll note, sounds a whole lot like The Reconstruction of the Crime, the play publishing this week. "You're not going to blame me for thinking, 'Oh my goodness,' " Gulli says.

"So at that point, we had to remove [The Reconstruction of the Crime] from the magazine and tell the illustrator, 'I'm sorry for all your work on this, but nothing's going to come of it.' "

It was only after that February issue published — sans Barrie — that Gulli got his hands on the play they'd stumbled on at Beinecke, which he says Barrie had written alone for charity during World War I. And, remarkably similar titles notwithstanding, Gulli was surprised to find the two plays had just about nothing in common.

And so, The Reconstruction of the Crime lived again.

Ultimately, he tells NPR this clever comedy for adults should help lend further context to a career that had far more to it than just Barrie's classic children's book character.

"The thing about Barrie is we look at him and say, 'Oh, he was a children's book author or children's playwright' — but he wrote a lot of works that revolved around social justice and works that were dark," Gulli says. "This is not a guy who's primarily interested not only in children's books as much as tackling a lot of social issues."