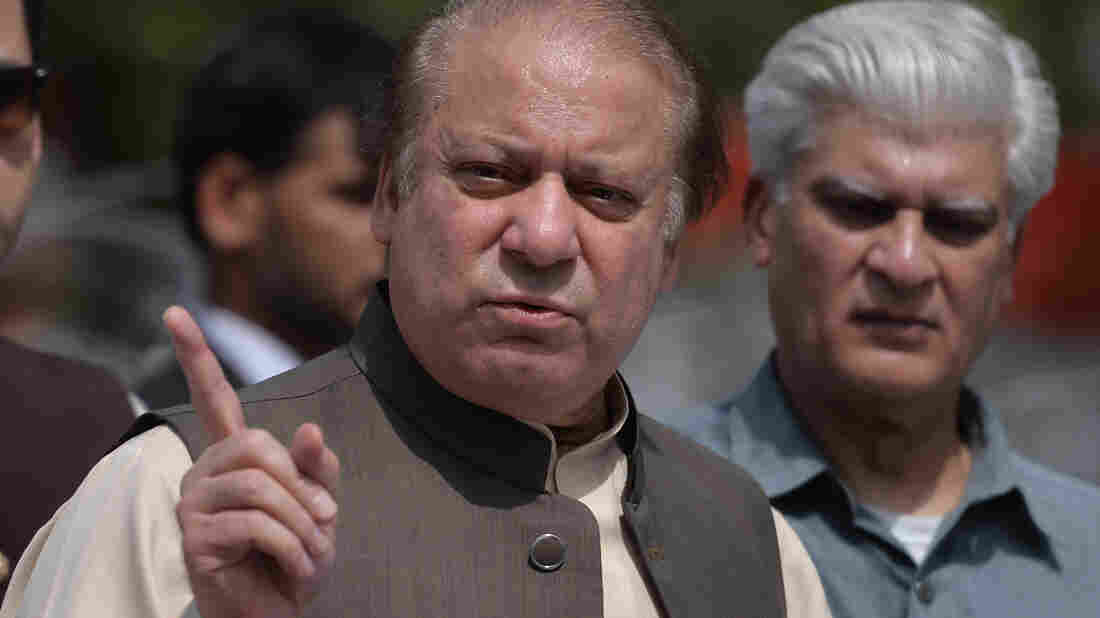 Pakistan's Prime Minister Nawaz Sharif, seen here on the day he spoke to an anti-corruption commission at the Federal Judicial Academy in Islamabad last month, has been disqualified from office. Aamir Qureshi/AFP/Getty Images hide caption 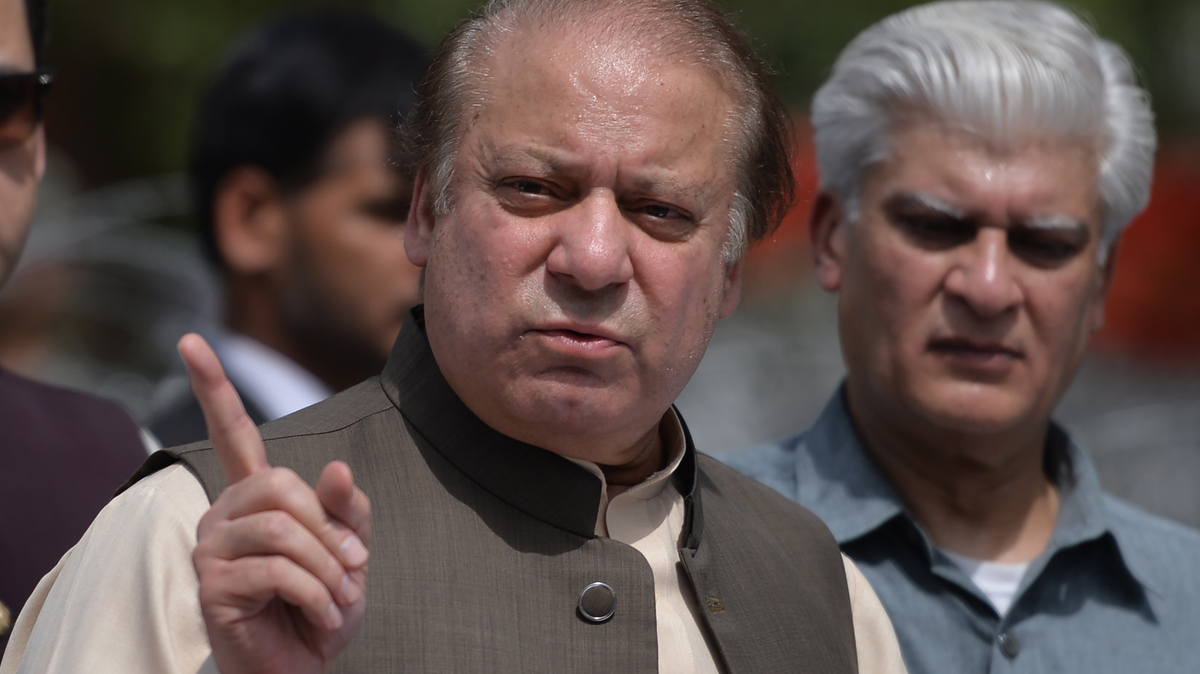 Pakistan's Prime Minister Nawaz Sharif, seen here on the day he spoke to an anti-corruption commission at the Federal Judicial Academy in Islamabad last month, has been disqualified from office.

A ruling by Pakistan's Supreme Court has disqualified Prime Minister Nawaz Sharif from office, ending his tenure in dramatic fashion after a corruption scandal that stemmed from his family's financial dealings.

In a unanimous decision, the court said that Sharif "is not honest ... and therefore he is disqualified" from Parliament. The ruling states that Sharif failed to make financial disclosures and his family could not account for assets that are "disproportionate to his known means of income."

"Dozens of police held back angry demonstrators outside the Supreme Court in Islamabad as the judges' decision filtered out of the building.

"It came after months of investigations and hearings into the finances of the Sharif family. That was triggered by the Panama Papers document leaks, which showed that the Sharif family owned expensive apartments in London through offshore companies.

"In the ruling, the judges also ordered separate trials into the financial holdings of Sharif – and his children, including Maryam. She was once seen being as groomed to take his place.

"Some celebrated the decision, saying it showed the courts were cleaning up the country's pervasive corruption. Others see it as a dark attempt to take down a prime minister – who is disliked by Pakistan's powerful military."

She predicted that her father, 67, would seek to return to the office in 2018.

The developments came after Sharif flew home to Pakistan Thursday following a state visit to the Maldives.

The Panama Papers comprised some 11.5 million internal files from a Panamanian law firm that were leaked to German media. Many of the records lay out the ways wealthy and powerful people hide their money — including the offshore accounts of 140 politicians and public officials.

It's not yet clear who will serve as prime minister in Sharif's place.

As the Dawn news agency reports, the ruling "brings Sharif's third term in power to an unceremonious end, roughly one year before the scheduled general elections which would have seen him become the first Pakistani prime minister to complete a full five-year term."

An early version of this story stated that the Supreme Court voted in a 3-2 decision. The current ruling was unanimous; an earlier ruling in the case was 3-2.