Accessibility links
Body Camera Video Shows Officer Telling Venus Williams She's At Fault In Car Crash : The Two-Way The footage shows a Palm Beach Gardens officer telling the tennis star he won't cite her: "You just got stuck in a bad situation." She is being sued for wrongful death of a man in the other vehicle. 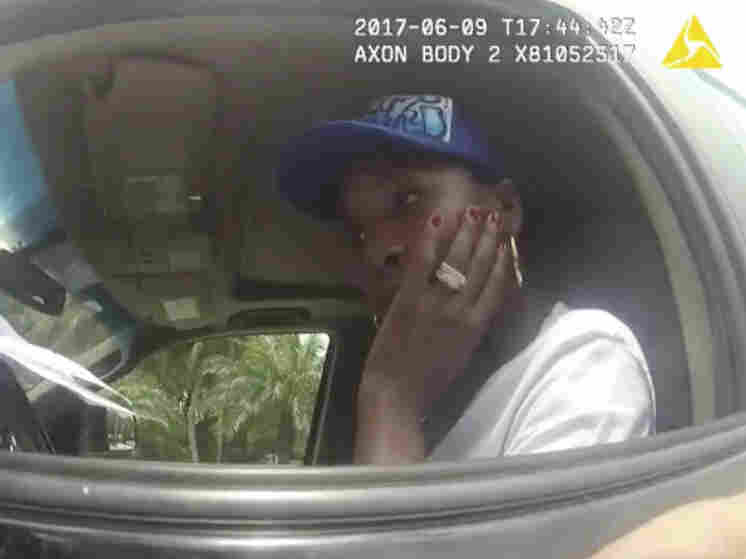 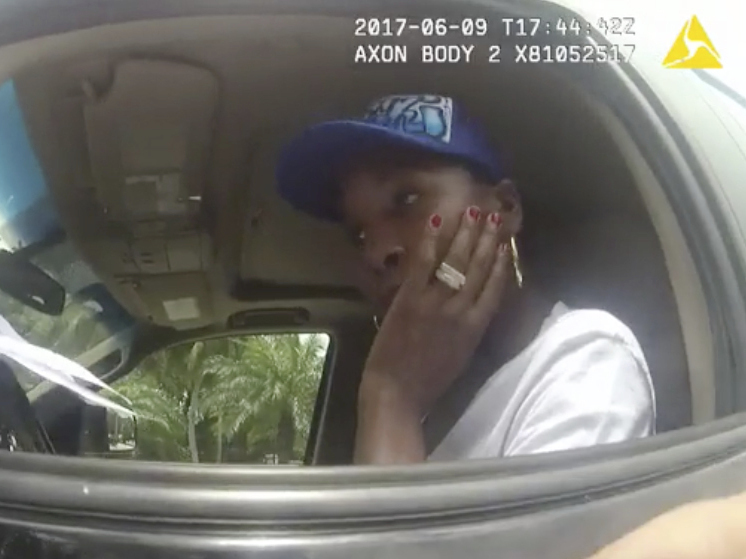 In body camera footage released by police in Palm Beach Gardens, Fla., an officer tells tennis star Venus Williams that she is at fault in a car crash but that he is not going to cite her. "You just got stuck in a bad situation there," he says.

The Palm Beach Post published the video Thursday. The footage reflects what police originally said: Williams was at fault in the June 9 crash that led to the death of a passenger in the other vehicle.

Police later rescinded their statement, after reviewing footage from a nearby security camera.

In a chilling scene, an officer talks to the couple in the car Williams collided with. Linda and Jerome Barson sit amid deployed air bags in their Hyundai Accent, bleeding.

"They ran the red light," Linda Barson, 68, tells the officer. "My husband's on blood thinners, and he's bleeding," she says, visibly shaken.

"Okay, we got fire and rescue coming," the officer says.

The end of the video shows an officer, whom the AP identifies as lead investigator David Dowling, interviewing Williams in her vehicle, a Toyota Sequoia SUV. Dowling sounds almost apologetic to Williams.

"Everybody's telling me the same thing: that you came out of the Steeplechase, and you kind of got stuck," he says. "You got stuck in the middle."

"So in a situation like that, what do you do?" Williams asks. "Because you can't back up, because there's another person ..."

"Exactly," Dowling says. "You just got stuck in a bad situation there. So I'd just let the insurance companies work it out."

The Palm Beach Post reports that police did not publicly acknowledge the incident until after the website TMZ broke the story on June 29, nearly three weeks after the crash. The incident remains under investigation, the AP reports; police say no fault has been assigned.

"I am devasted [sic] and heartbroken by this accident," Williams posted to Facebook on June 30. "My heartfelt condolences go out to the family and friends of Jerome Barson and I continue to keep them in my thoughts and prayers."

The next month, Williams competed at Wimbledon, where she lost in the finals on July 15.

In a July 3 press conference, Williams struggled to answer a reporter's question about the crash. "There are really no words to describe how devastating, and yeah. I'm just completely speechless." She trailed off and began to cry. "Maybe I should go," she said.